from American Craft Whiskey Distillery
The story of Craft Distillers began over 3 decades ago when Ansley Coale picked up a Frenchman who was hitchhiking his way along Route 101. Just north of San Francisco. The hitchhiker — Hubert Germain-Robin — came from a long line of distillers that had been producing cognac since 1782. Conversation brewed during the car ride. Hubert spoke of wanting to distill “using craft methods handed down for centuries from master to apprentice.” To this Coale took an immediate interest, teaming up with the hitchhiker to found Craft Distillers in 2003.

They bought an antique Cognac still from an abandoned distillery, and got to work building a redwood shed in northern California and making apple distilled Spirits. The still is now used by several distillers, including Crispin Cain, of Low Gap Spirits. Cain is a virtuoso on the antique 16Hl copper still, which on its own produces beautifully round, soft, elegant and complex Whiskey.

Cain apparently apprenticed with Hubert for seven years prior to producing Low Gap. Delivering award-winning Spirits, he has been working with Whiskey for many many years. His son, Devin, is also quite a wizard at blending. Low Gap Whiskey is double distilled by hand at the Germain-Robin distillery, and cut to proof with filtered rain water, yielding “subtle complex and flavorful distillates with superb length.”

The Flavor Spiral™ shows the most common flavours that you'll taste in Low Gap american whiskey and gives you a chance to have a taste of it before actually tasting it. 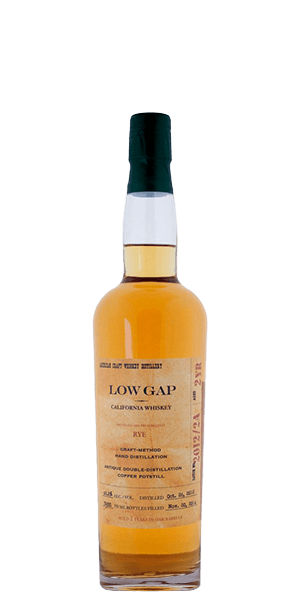 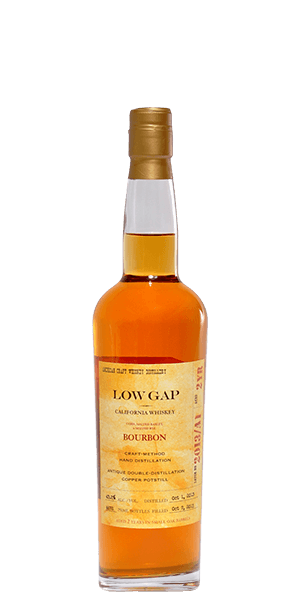