Cooper Spirits founder Robert Cooper rocked the bartending world making something entirely new. In 2007 they exploded onto the craft distilling scene with their flagship product, St. Germain, an innovative liqueur whose primary component is French elderflower from the Burgundy region. This accomplishment raised Cooper Spirits to become the Wine Enthusiast “Distiller of the Year” just four years later. Cheers to you Rob!
Cooper Spirits remains the brand manager for St. Germain, having sold production to Bacardi. But Robert Cooper is a third-generation liquor producer and has no intention of stopping now. They have used those funds to curate and launch several new products: Illegal Mezcal, Slow & Low bottled cocktail, Lock Stock & Barrel Rye Whiskey, and their newest product, Creme Yvette, which is a re-introduction of a liqueur first marketed by Rob’s grandfather decades ago.

The Flavor Spiral™ shows the most common flavours that you'll taste in Lock Stock & Barrel rye and gives you a chance to have a taste of it before actually tasting it. 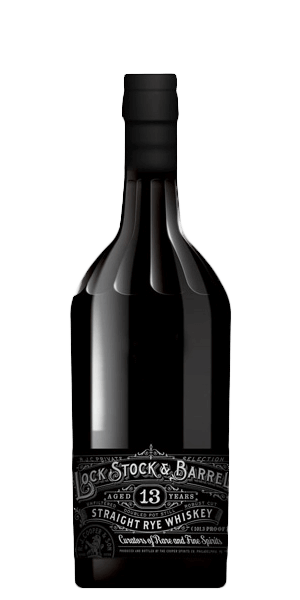