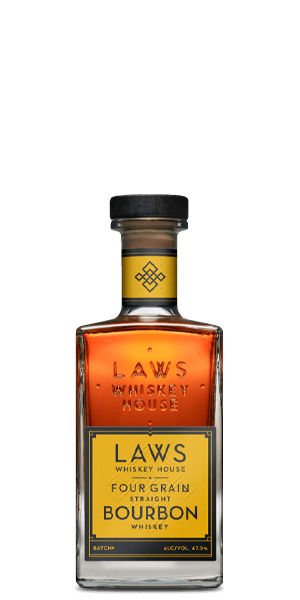 Laws Whiskey House has become a fixture on the Denver scene. It was founded in 2011 by Alan Laws when he quite-rightly fled the world of high finance and capital markets to put his life to better use making fine aged Spirits. Today their lineup includes three Bourbons, three Ryes, and six special edition fiddly things. Growth has been so strong that this small, craft distillery located in the Mile High City has achieved national distribution deals and come to the rapt attention of Whiskey fans and awards committee.

Laws Four Grain Straight Bourbon Whiskey is the signature, core Spirit in the Laws arsenal. The mash bill is comprised of local, Colorado heirloom corn and wheat combined with malted barley and fermented in the open air via the sour-mash process. The mash bill is four grain — 60% corn, 20% wheat, 10% rye, and 10% malted barley. The Spirit is aged a minimum of three years in new oak and delivered to you at a profound 47.5% ABV — proving that skimping on the details shall not be allowed.

The Flavor Spiral™ shows the most common flavors that you'll taste in Laws Four Grain Straight Bourbon Whiskey and gives you a chance to have a taste of it before actually tasting it.

Finish
The finish is long with heat and a drying texture. 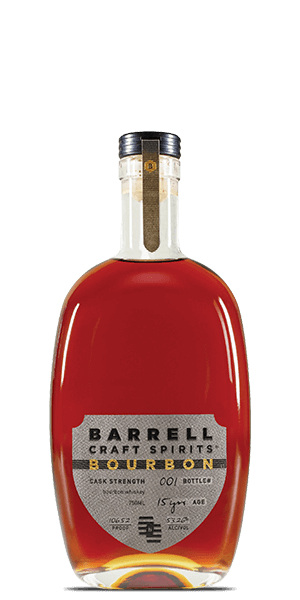 Andy, Dec 5, 2020
Not your typical bourbon flavors for sure. I get a really unique note of black tea that I love. It’s the kind of bottle I don’t regret buying but will just let sit in my collection and taste it every time I get bored with bourbon, which isn’t often.

Grant, Nov 30, 2020
Slightly disappointed given the price. Nice spice levels, but not as smooth as I’d have expected. Strong alcohol aroma was a little off-putting from the get-go.