Distillery
Las Cabras Distillery dates back to 1919 when it was a sugar mill. Since then ownership has changed hands several times.

Beneath the overgrown grass, they uncovered a copper column still with a small medallion inscribed with ‘Cincinnati 1922’ and decided to create a modern Rum production plant.

Now the facility has a five column, continuous distillation installation that distills Rum from molasses, fermented using a bespoke strain of pineapple yeast.

They employ methods of barrel aging and blending that are directly comparable to the Cuban style Rum production.

The facility produces its own brands, including their Caña Brava Rum, and partners with a number of others, offering all levels of service in terms of brand creation.

The Flavor Spiral™ shows the most common flavours that you'll taste in Las Cabras Rum. It's based on all Las Cabras drinks in our large database and gives you a chance to taste Las Cabras before actually tasting it.

Dog Dogson's
Smartass Corner
According to Las Cabras: In the mid-nineties, "Don Pancho" and Carlos Esquivel discovered the neglected warehouse. Beneath the overgrown grass, they uncovered a copper column still with a small medallion inscribed with ‘Cincinnati 1922’. "Don Pancho’s" skills and experience were soon put to good use, and Las Cabras was transformed into one of the great Rum distilleries of the world.

"Don Pancho" is a Master Distiller with over 45 years of Rum making experience. 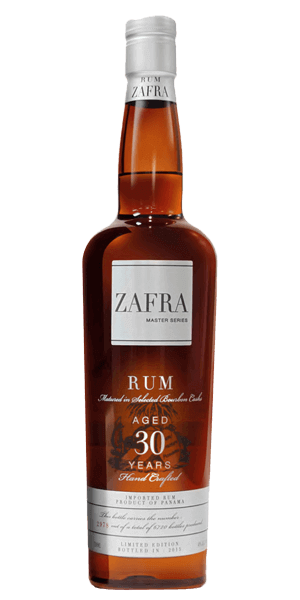