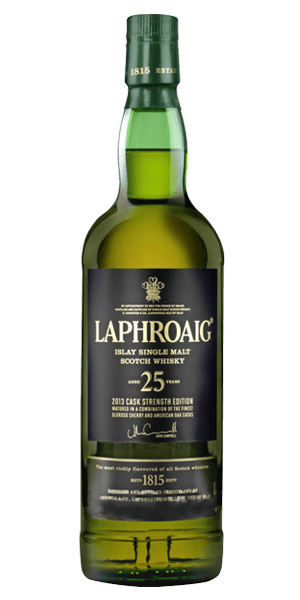 Laphroaig Distillery was founded in 1815 by Donald and Alexander Johnston and is located in Port Ellen, Isle of Islay. Although Laphroaig isn't allowed to put the prefix "Royal" in its name (yet), rumor has it his royal prince Charles of Wales is a fan of the "L" Whisky. The 15-year-old is reportedly the prince's favorite Scotch. For a long while there’s been frenzy for Laphroaig’s Scotch, especially those less-available expressions.


Laphroaig 25 Year Old is an interesting flavor fusion of Sherried, oaky flavors from the European Oloroso Sherry casks and the creamy, smooth, sweet flavors from the American Bourbon barrels. Two most different maturation flavors come together here, made smoother by the 25 years it has had for gentle maturation.

The Flavor Spiral™ shows the most common flavors that you'll taste in Laphroaig 25 Year Old Cask Strength and gives you a chance to have a taste of it before actually tasting it.

Finish
As long as the Titanic. 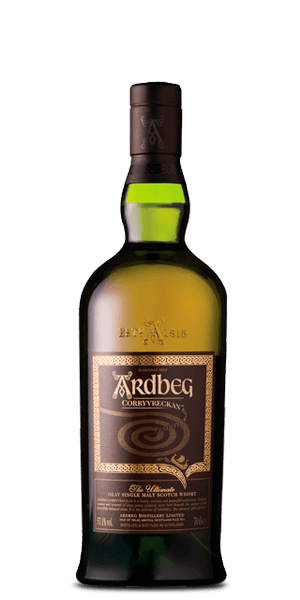 Kevin, Feb 27, 2018
This is by far my favorite whiskey. It blossoms incredibly strongly, in contrast to the (relative to other peaty whiskeys) subtle flavors when you allow it to sit on your tongue. When I first began to taste it, I barely believed it was a Laphraoig!