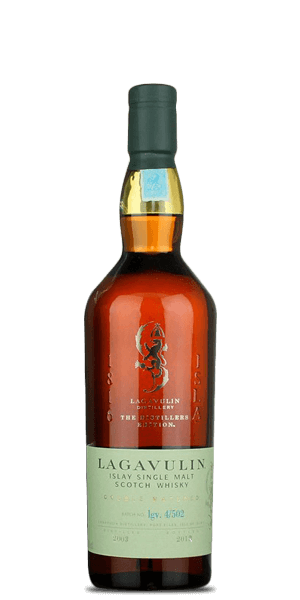 Lagavulin is one of the most famous Islay Single Malts and the top produced by Diageo. The Lagavulin Distillery was founded by John Johnston and Archibald Campbell in 1816, but records show that illegal distilling had been taking place on the same site as far back as 1742. It sits on a natural harbor on the south shore of Islay about half-way between Laphroaig and Ardbeg. It’s core offering — the sixteen-year-old — won an unprecedented four consecutive double-gold medals followed by three Single Golds at the San Francisco World Spirits Competition and has been featured in movies, television shows, and literature — it become a part of the world’s culture.

Lagavulin Distillers Edition has been a mainstay of the line-up for a long time. And for good reason… it’s simple delicious. It is their core Lagavulin Islay Single Malt aged for sixteen years on site. Then it is finished in coveted Pedro Ximinez (PX) casks. If you only knew how hard it is to get your hands on those PX casks! Everyone wants them because of the special grapes and the density of the flavor as they dry. But the point is that that premium wood does amazing things to Single Malt and you should get some to try for yourself or give as a gift.

The Flavor Spiral™ shows the most common flavors that you'll taste in Lagavulin Distillers Edition 2019 and gives you a chance to have a taste of it before actually tasting it.

Nose / Aroma / Smell
There is plenty of peat on the nose — of course — but there is also honey, sultana, fig, and wet seashore.

Flavor / Taste / Palate
The palate is very rich and complex with stewed pears, marzipan, cocoa, and sea-salt caramels floating under the smoke.

Finish
The finish is soft and elegant and seems to go one forever. 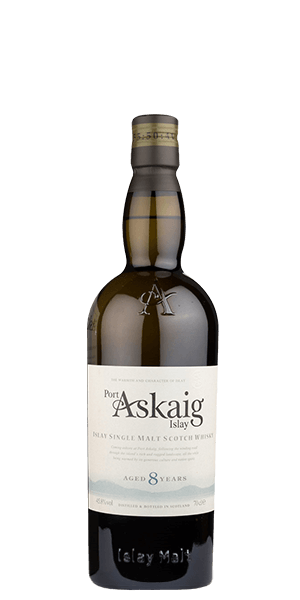 Dylan, Jun 13, 2020
My favourite malt whisky. Cannot wait to do another pilgrimage to Lagavulin and relive that first taste all over again.