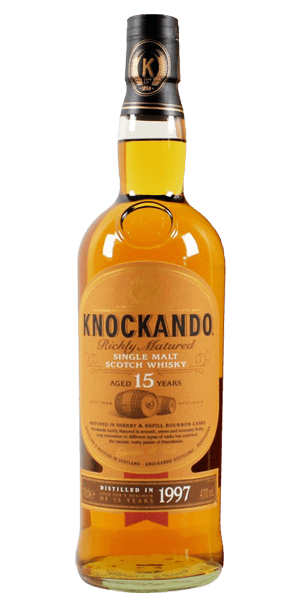 The distillery of Knockando stands on the banks of the river Spey, which gives its name to Speyside, a region in the north-easteren Scottish Highlands long renowned as the home of finest malt whiskies. Built in 1898 by John Thompson, the distillery lies in the village of the same name, Knockando, itself derived from Gaelic "Cnoc-an-dhu", meaning "little black hill". Only purest natural ingredients are used to make Knockando: malted barley, yeast and crystal clear spring water from the Cardnach spring, which lies in the hills above distillery.
We rarely see a bottle of this beautiful dram as a stand-alone; it is usually blended to give its perfection to others. Knockando Richly Matured 15YO 1997, which was aged for 15 years in a mixture of Sherry and refill Bourbon casks, is a real treat and has Speyside written all over it. It shows generous accents of rich fruit and sweet spices. They smoothly emphasize the natural character of Knockando, with its subtle hints of almond, and give way to a deep finish.

The Flavor Spiral™ shows the most common flavors that you'll taste in Knockando Richly Matured 15YO 1997 and gives you a chance to have a taste of it before actually tasting it.

Smell / Nose / Aroma
Fragrance at its finest, characteristics of sherry cask in domination with hints of different sweets.

Flavour / Taste / Palate
Malty peat with full palate of honey notes and a touch of earthy tones and hint of almonds.

Finish
Deep and long finish that you won’t forget. 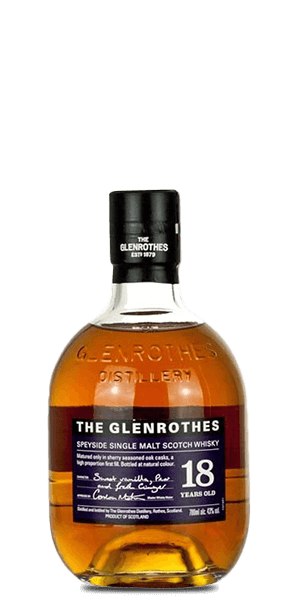 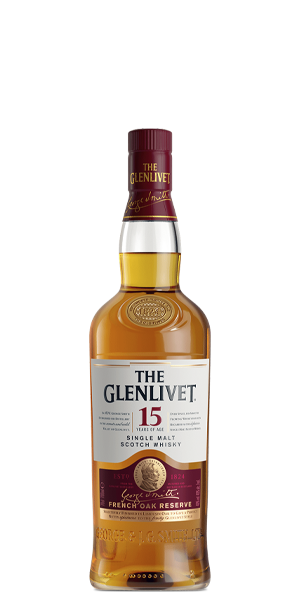