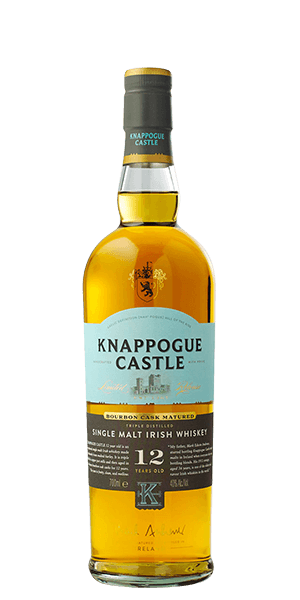 Knappogue Castle is about unadulterated commitment to quality.

The Knappogue Castle is a real castle built by the Irish clan MacNamara in the 15th century after the Norman Wars. It was left to ruins until 1966, when Mark Edwin Andrews — the former Assistant Secretary of the US Navy — purchased it and began restoring this landmark of Irish culture. Mr. Andrews also happened to be a true Irish Whiskey devotee and started stocking-up his cellars with all the best casks of aging Irish Whiskey. He waited for the Whiskeys to reach the pinnacle of maturation and then bottled it under the name of his beloved The Knappogue Castle.

Later his son, Mark, decided to issue releases of his father’s passion to the world, beginning with the Knappogue Castle Vintage 1951, which has become one of the most rare and prized Whiskeys in the World — bar none — and bringing international recognition. Today the passion continues and the castle cellars are serving their higher purpose — continually aging some of the finest independent Irish Whiskey on Earth … just as Mr. Andrews had imagined.

There is something special about 12 YO single malt Whiskey. It’s like a premium steakhouse that dry-ages their Wagyu Ribeye for six weeks. We humans experiment over generations and hit a formula that just works. It is no coincidence that so many premium Whiskey brands issue a dram of that age. When it comes to Single Malt Whiskey and oak, 12 is the magic number.

The good folks at Knappogue Castle are famous for doing everything well. It begins with the malt and distillate. But it is the unadulterated commitment to quality aging that makes this little Irish gem feel special. Knappogue Castle 12 YO has sat in the castle “dungeon” for 12 years, undisturbed in charred ex-Bourbon casks. Boom … done … no spin here … that’s it then … Bob’s your uncle, so pour me a dram.

The Flavor Spiral™ shows the most common flavors that you'll taste in Knappogue Castle 12 Year Old Irish Whisky and gives you a chance to have a taste of it before actually tasting it.

Flavor / Taste / Palate
Balanced, tight and dry, and with a granola-like hint of honey, dried fruits, and almonds.