Paul was a very successful entrepreneur in 1960s London, and when he died in 2008, his son took over his business and felt inspired to create a tribute to his father in the form of a traditional British Spirit, made in London (where else?).

By Thames Distillers Ltd. King of Soho is a London dry Gin made with 12 botanicals including grapefruit peel, coriander and cassia bark. The result of overnight maceration and distillation is a punchy spirit which is heavy on the nose and peppery. It’s a solid example of a London Dry Gin.

The Flavor Spiral™ shows the most common flavours that you'll taste in King of Soho gin and gives you a chance to have a taste of it before actually tasting it.

Bottles from King of Soho 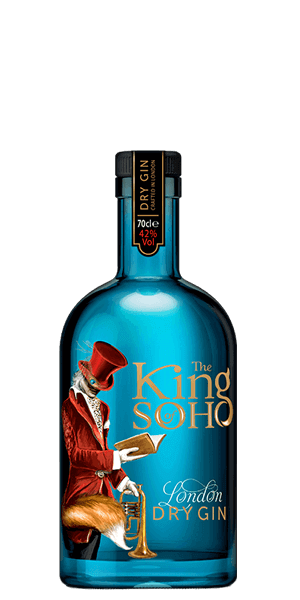