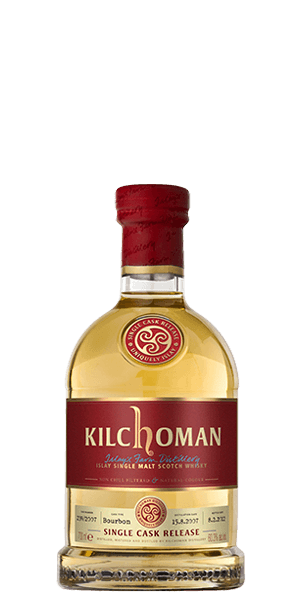 Kilchoman (pron. Kil-Ho-Man), is the first distillery to be established on Islay in over 124 years. It was started in 2005 by Anthony Wills, who ran an independent single cask bottling company for 8 years, and was immersed in building the ultimate farm distillery, where he’d take Whisky back to its roots.

The Kilchoman distillery is unique for several reasons. It's one of only six Scotch distilleries to carry out traditional floor maltings, and one of only two to do the malting, distilling, maturing and bottling on premise. Furthermore, they grow their own barley on the farm itself, whereas most other distilleries purchase it around the country (or even abroad). They use 30% of their own barley, and the balance is purchased from Port Ellen Maltings. It’s one of the smallest Scotch distilleries, with an annual output of 120,000 litres, and when you talk about artisanal, this is as good as it gets with Scotch Whisky. They've been rocking it ever since they started, and we should all be mega excited to see where it leads to next.

The Flavor Spiral™ shows the most common flavors that you'll taste in Kilchoman Single Cask (New York Exclusive) and gives you a chance to have a taste of it before actually tasting it.