The Kilchoman distillery is special in numerous ways: it is the most westerly distillery in Scotland; it is the first distillery to be built on Islay in more than 124 years; and it is one of the few Scottish Whisky-makers to remain indie. It was founded in 2005 by Anthony Wills, who wanted to resurrect the lost art of farm distilling. What that means is Scotch is made on-site in its entirety, from grain to bottle. 1130 days go by before the harvested barley becomes a bottle of Single Malt. Another special thing here is their peat that comes from ocean-soaked bogs, which gives Spirit its unmistakably maritime character.

This very bottle is Kilchoman’s rare annual offering. 2018 was the year of Sauternes wine, it seems, as a fine selection of only thirty casks matured in ex-Bourbon barrels first, before they relocated the amber potion to a five-month vacation in fresh Sauternes hogsheads. This expression is rich and complex with a lush embrace of famous Kilchoman smoke. It’s as if a fine sea-battered Scotsman spent a summer in Bordeaux. Also, you should probably know that only 10 thousand bottles were made.

The Flavor Spiral™ shows the most common flavors that you'll taste in Kilchoman Sauternes Finish and gives you a chance to have a taste of it before actually tasting it. 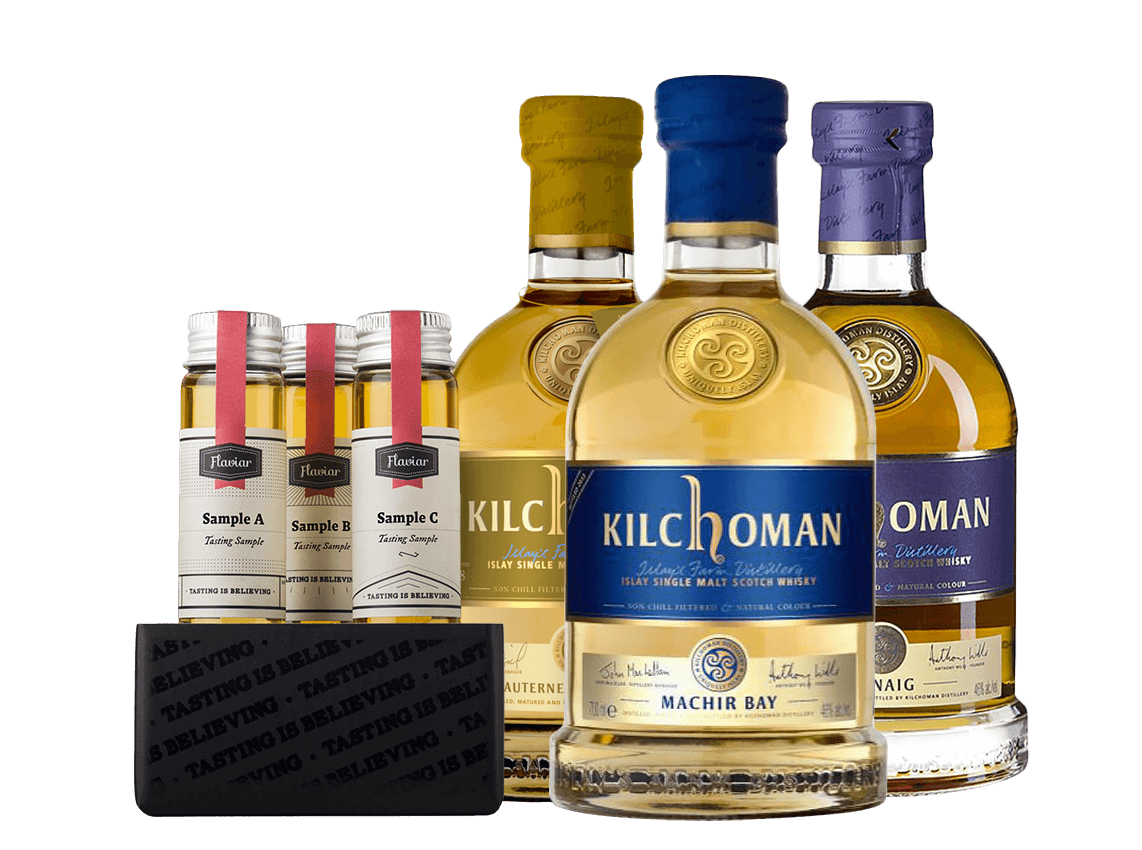 Antti, Mar 24, 2020
It is a very good, complex, Scotch Whisky that has an aromatic birth; while a rich & creamy life leads to a long & earthy death with notes of raspberry, candied ginger, more sea salt, peat & smoke.

Daniel, Nov 23, 2019
Nose:. Smoke for sure, maybe hints of fruit. Bit of a burn. Taste: Smokey and sweet at the same time. On the rocks I was able to get slight citrus, them the peat/smoke overtakes again. After: peaty and long burn (on the harsher side). The peat coats everything for a long time.

Melissa, Nov 13, 2019
It was very drinkable and sweet. Doesn’t have the hard finish of some of the others.

Megan, Nov 13, 2019
This was incredible. So smooth, and brimming with flavor. This Distillery has been a favorite of mine well before it became available in the States. They have absolutely continued with the deliciousness they have been creating and found a pairing that not only tastes like Scotch, but transcends it. It’s brilliantly executed and staggering on the tongue.

Lawrence, Sep 22, 2019
Vanilla fire with smoke and peat. Not one of Kilchoman’s better but my wife opinion is very different

Scott, May 23, 2019
Nice balance of smoke to sweet, but not exceptional.
Load more reviews