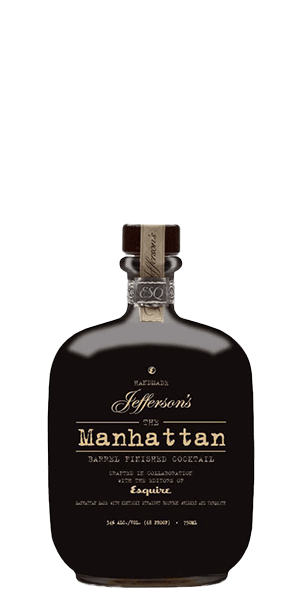 This cocktail wonder is a love at first sip!

Jefferson’s was founded in 1997 by Trey Zoeller and his father Chet — a famed Bourbon historian, who wrote the book on Kentucky distilleries. Yes, an actual book called "Bourbon in Kentucky: A History of Distilleries in Kentucky." Heck, distilling is in their blood. In fact, eight generations ago, their great-great-grandmother was arrested for the "production and sales of spirituous liquors" in 1799. Which probably makes her the coolest ancestor ever!

The "official" story is that they named their Jefferson’s Bourbon after Thomas Jefferson because of "his curiosity and experimental spirit." It likely didn’t hurt that Jefferson allegedly ran a still on his farm, after he retired from public life… so did George Washington for that matter. They make a range of specialty Bourbons and Rye Whiskeys — including a very interesting "Ocean Aged at Sea" product that gets a lot of attention. In 2007, Jefferson’s was sold to Castle Brands, as they build their own liquor empire of premium Spirits.

First things first... Jefferson´s Manhattan is a barrel-aged cocktail. Never had one before? If you like a great Whiskey cocktail like we do, then you won’t go back. Remember how James Bond always wants his drink "shaken, not stirred?" Well, you can put 007 to shame when you take your cocktail barrel-aged.

They start with their premium Jefferson’s Reserve Bourbon. Then they put it into 53 gallon barrels with sweet Vermouth, dry Vermouth, and black cherry bitters to age it all a little more for a true cocktail wonder. And they DO NOT shortchange you on the cut either… This is bottled at 68 Proof. So you can go ahead and chill it on some rocks without fear.

The Flavor Spiral™ shows the most common flavors that you'll taste in Jefferson's Manhattan Bourbon and gives you a chance to have a taste of it before actually tasting it.

Flavor / Taste / Palate
It is a perfectly made, Bourbon-forward, man-drink. 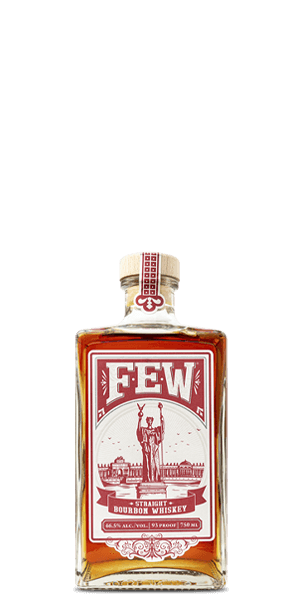 Taryn, Aug 12, 2020
Not a typical Manhattan but very good,liked it better cold

Greg, Aug 9, 2020
This is nothing like what the average Manhattan tastes like, but it is a very enjoyable cocktail. I would say tastes more like a light bourbon with floral hints rather than the strong bitters and vermouth you’d expect in a Manhattan. I like it - will buy again.

Spencer, May 4, 2020
Very smooth. Nice for at the end of day when you don’t feel like mixing anything up, just drop a rock in a glass and pour.

Anthony, Apr 19, 2020
Great for the convenience, but sacrifices in taste. Standard on my home bar for the days I don’t want concoct my own Manhattan.

Robb, Apr 11, 2020
For the Manhattan drinker, this is a great value and efficiency buy. Not something to use as the centerpiece of your collection but it makes for a nice drink. Quickly and easily.

Mike, Mar 3, 2020
Excellent, well balanced Manhattan. Drank over ice with a cherry. Was a huge hit with friends and will be purchasing again.

Troy, Feb 26, 2019
An interesting experiment gone terribly wrong; this cloudy concoction had the acidity of a sake (likely due to the dry or white vermouth used in this recipe); best to make one's own Manhattan. There's a good reason the bottle was painted black.

David, Jun 2, 2018
My favorite bartender came from the Denver Petroleum Club - Rahjan made the absolute best. Frothed the mixture of bourbon, vermouth and cherry juice with butters. OMG! It’s not a fair comparison but this ALMOST stacked up. I’d do it again😊 Bravo!

Ivan, Jan 1, 2018
Put it on a little ice. Smooth and good taste. May need to try it with an orange peel or cherry.

Nicole, Nov 9, 2017
Not truly a ready-to-drink Manhattan, but is smooth, and has a less powerful flavor for beginner whisky drinkers. I choose to add (Luxardo) cherries and bit of additional whisky.

Joseph, Mar 25, 2017
Meh. Just make your own fresh cocktail. This isn't bad, but it is definitely missing something. It also has a VERY dry, VERY bitter vermouth finish. The finish almost ruins it for me.

Andrew, Feb 17, 2017
Smooth cocktail and not unpleasant but it is not what I consider a Manhattan. Seems like I can make a better one at home, and at far less cost. Nice idea to have a barrel aged cocktail but I am disappointed in the overall result.

Karolis, Jan 31, 2017
It was missing something. I thought there was not enough flavor. You can not compare it to the freshly made Manhattan.
Load more reviews