To coin a phrase, it just may be the “Johnnie Walker Blue” of Irish Whiskey.

Jameson calls their newest Whiskey Jameson Bow Street 18 YO Batch 1, their “rarest” release and that it will only be bottled once per year. Our sources tell us that there are only 15,000 bottles to be had this year. And while that might sound like a lot, when you consider that this is not even a single dram each for the Jameson-lovers in the UK alone, you realize it’s truly something special. It’s a blend of rare pot-still Single Malt and Irish Grain Whiskies produced at their famous Midleton Distillery aged a minimum of eighteen years, married and finished in first-fill ex-Bourbon casks at their historic Dow Street facility, and bottled at a cask strength 55.3% ABV. Com and get’em boys.

The Flavor Spiral™ shows the most common flavors that you'll taste in Jameson Bow Street 18 Year Old Batch 1 and gives you a chance to have a taste of it before actually tasting it.

Nose / Aroma / Smell
The nose sings of wood and spice and toffee with an alcohol bite.

Flavor / Taste / Palate
The palate is powerful with more toffee plus walnuts, saddle leather, vanilla, and a distant Sherry note.

Finish
The finish rounds our long with a nice balance of warm wood, more toffee, and baking spices till the end. 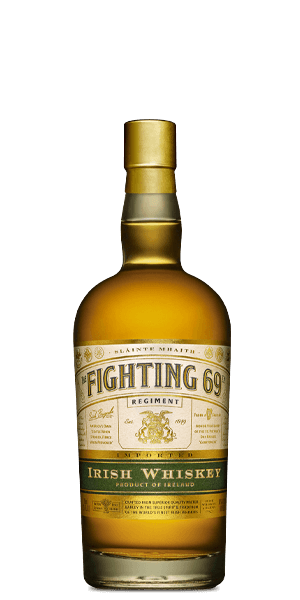 Christine, Jan 23, 2021
This is an excellent, flavor filled, and very smooth whiskey. The flavors show rather slowly, and the complexity makes it fun.

Daniel, Sep 12, 2020
Quite smooth, especially considering it's cask strength. The slightest bit of astringent but with nice, understated vanilla notes. Worth a try...great for gatherings with fellow whiskey lovers.

Kevin, Aug 14, 2020
By far the best and smoothest whiskey I’ve had. You get the aroma of caramel, hints of vanilla, smokiness, and aftertaste of citrus. I love it!

Daniel, Dec 4, 2019
Amazingly smooth for a barrel proof, went down like juice. Flavors are subtle none over powering the other.

John, Oct 23, 2019
Just fabulous. The Jameson 18 yr old has always been a favorite, but this iteration is even smoother, a true gem for any whiskey collection.

Michael, Aug 10, 2019
Beautiful full flavor just like in the storage area at the Jameson Bow St. visitor center where I tasted whiskey from the barrel!

Valgeir, Jan 7, 2019
This is the best Wiskey I have tasted, the taste and aftertaste was perfect Valgeir B