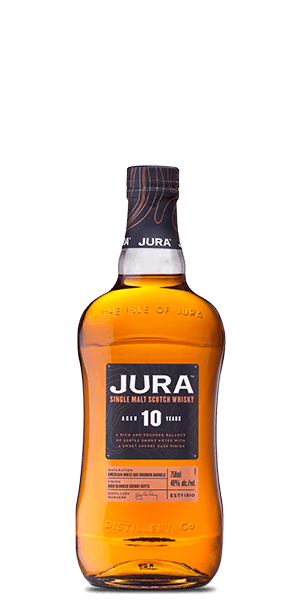 From the Isle of Jura comes the subtly briny sea goddess 10 YO single malt.

60 miles off the western coast of Scottish mainland you will find the Isle of Jura, a sparsely inhabited island of Scotland… and we are not kidding when we say sparse — residents include 200 humans, and about 5,000 deer. On the island there is one road, one church, and one distillery (A Scot's life essentials). The Isle of Jura distillery was founded in 1963, but its facilities date back as far as 1810, as being the first licensed distillery on Jura. They are owned by independent bottlers Whyte and Mackay.

The Old Jura Distillery was founded by Laird Archibald Campbell, and sits alongside the Corryvreckan Whirlpool. Nearly a century after it was opened, the distillery was dismantled due to a land dispute, and remained closed until 1963. Today, the Jura Distillery is a curious hybrid creature, with its a fusion of modern distillation techniques and traditional craftsmanship, it remains one of the most remote and isolated distilleries on the planet.

Their Whiskies are just as curiously delightful. Jura Single Malt Scotch Whisky is made from Scottish barley, milled and mashed on-site and distilled through Jura's enormous 28-foot tall copper-pot stills. The distillery sources their water from Loch a’Bhaile-Mhargaidh. Despite the fact that the water flows through a great deal of peat, the Whisky barely has any peaty character. This is quite different than its Scottish siblings across the way. Instead Jura Whisky takes its character from the sea, after all, it is surrounded by it. Isle of Jura’s 10 Year Old has a fruity character, with a medium body, accented by ginger and coffee, and the characteristic slight briny taste of Jura malts. The majority of Jura malt is aged in ex-Bourbon casks.

The Flavor Spiral™ shows the most common flavors that you'll taste in Jura 10 Year Old and gives you a chance to have a taste of it before actually tasting it. 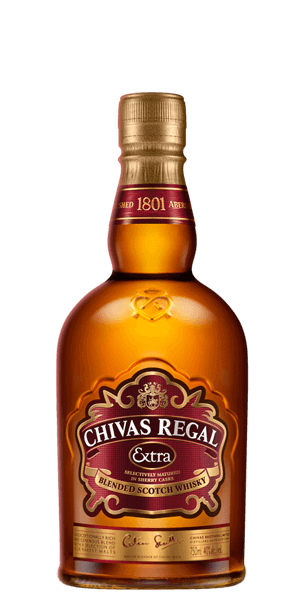 Bryce, May 14, 2020
If I could only drink one Scotch for the rest of my life it would be this one right here! Granted I have not tried the 18 year, but till then its this baby right here. Just an absolutely amazing whisky, with a nice amount of peat, bright fruits, honey, and a little chocolate bitter. It will continue to be on my shelf for a long time!

Benjamin, Nov 3, 2019
just a shade smokier than Highland Park 12, an absolutely delicious, exquisitely balanced single malt. not for scotch noobs but great for a first or second "smoky" scotch experience.

Adam, Oct 9, 2019
Was not very impressed with this whisky at all: Initial taste was quite good but was very short and i was left just tasting alcohol at the end.. not unpleasant but very bland!

Mariano, May 12, 2017
First time ever I feel really disappointed by a well known branded whisky

guest, Oct 28, 2016
At 41 I had never tried Whisky then I tried the 10yo Jura & now I'm hooked on whisky tasting, I'm looking forward to sampling the range!
Load more reviews