A fateful tour of Makers Mark Distillery in 2009 inspired David Perkins and his wife Jane to start their own operation. David — a former biochemist — basically said, “Hey, I can do that!” and moved his family to Utah and set up shop. High West Distillery was born. Success has come hard and fast, and they now produce and market a range of products including their four core Whiskies, three current limited releases, two bottled cocktails, and two specialty spirits.

High West’s famous American Prairie Bourbon is one of their most successful products. It’s a blend of Straight Bourbon Whiskies from across the United States aged from two to thirteen years. And when they get a batch that turns out exceptionally well, they set aside a single barrel. Well, they called us up and said that they had a special barrel of the good stuff that they had finished in Rum casks for an additional twenty-eight months and wondered if we wanted to partner for an exclusive dramming opportunity. That was a great phone call. So meet HighWest American Prairie Flaviar Barrel Select 2019. There is only a limited number of bottles available.

The Flavor Spiral™ shows the most common flavors that you'll taste in High West American Prairie Flaviar Barrel Select 2019 and gives you a chance to have a taste of it before actually tasting it.

Flavor / Taste / Palate
The palate is thick with notes of toasted wood, vanilla, roasted grain, and butterscotch with a hint of maple and baking spices.

Finish
The finish is lightly dry with a lingering granola note. 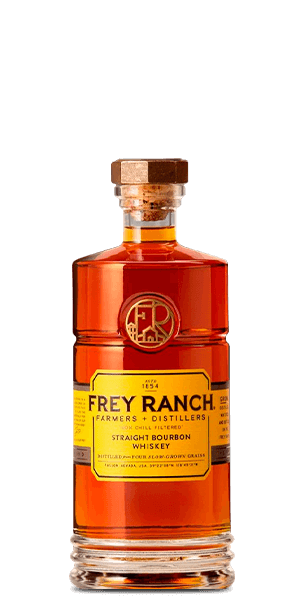 Dana, Feb 28, 2020
Super mellow and nice vanilla maple flavors. The bottle is really unique and a definite keeper. Would definitely buy again. This ones a good sipper!