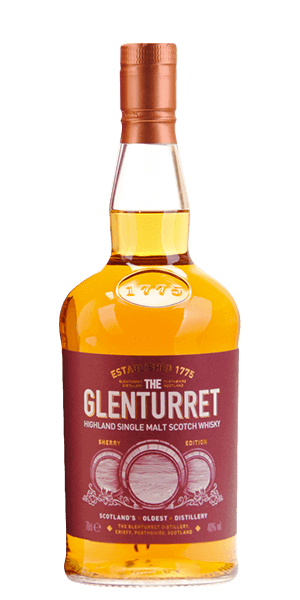 Glenturret Sherry Edition is exactly what it sounds like, and more … with a full-bodied aroma and subtle sweetness you will find intoxicating.

In 1775, the Glenturret Distillery started paying taxes on their Whisky production. But starting way back in 1717, an unknown source of Whisky was produced in the area that the excisemen were never able to locate. As far as the controlling legal authorities are concerned, those 58 years are still a mystery. Whistles nervously, looks awkwardly at shoes, quickly changes subject ….

Interestingly, the distillery was originally named “Hosh” which is from the Gaelic word for “foot,” as in at the foot of the mountain—Ben Chonzie—that delivers the incredibly pure, naturally soft spring water for the Whisky. But at their centennial celebration in 1875 the new owners officially changed the name to Glenturret in recognition of the local town-folk. These hearty citizens are Highlanders b’God, and their small-batch single-malt production is a vital part of the Famous Grouse family at Highland Distillers.

Glenturret Sherry Edition is exactly what it sounds like, and more. Where some Sherry-influenced Whisky is “finished” in Sherry casks, this beauty was born right into Spanish and American Sherry casks and has known nothing else. So where the core Glenturret single-malt has the classic golden-straw color and lightness, this baby has an amber-rose blush and subtly sweet character.

Glenturret Distillery is famous for more than just its signature single-malt. Towser the Mouser—a long-hair, tortoise-shell calico cat who ruled the distillery from 1963 through 1987—holds the Guinness Book World record for most mice caught with a confirmed 28,899 kills. Each morning, Towser would line up the mornings successes for the Distillery masters approval.

The Flavor Spiral™ shows the most common flavors that you'll taste in The Glenturret Sherry and gives you a chance to have a taste of it before actually tasting it. 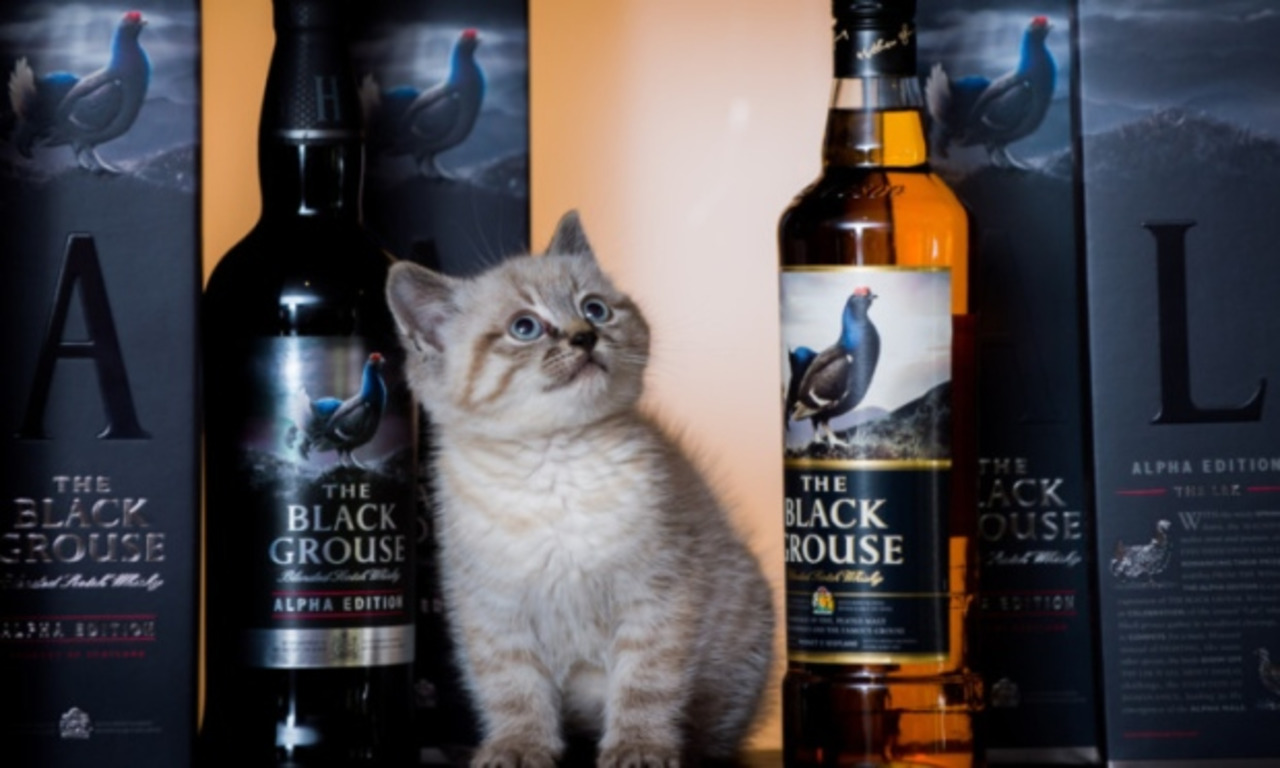