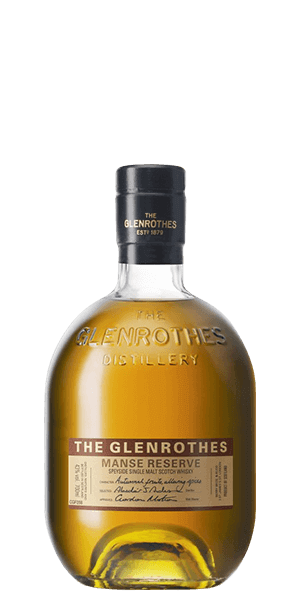 A classic Speyside single malt fit for a boss.

In 1879 the Glenrothes Distillery was founded James Stewart near the Burn of Rothes in Speyside. James also worked at the nearby Macallan Distillery, and he brought the knowledge he gained there to his new venture. The distillery itself is owned by The Edrington Group, but the Glenrothes single malt Whisky produced there is owned by Berry Bros. & Rudd in an odd cooperative arrangement. What is not bottle as single malt is in high demand as a core component of various blends, including Cutty Sark and The Famous Grouse.

The Manse is the name of the home of the head minster for the local parish church. That building is now called Rothes House and is the eight-generation home of the distillery’s founding family. So the name “Glenrothes Manse Reserve” implies that this is the Whisky set aside for the boss to serve at home. And now that we’ve tasted it, we think that makes a lot of sense. Glenrothes Manse Reserve was originally set aside for the travel retail market, but it has proved so popular that they are letting a few bottles out via the normal channels. It is the coveted, fruit-forward, Glenrothes Speyside single malt aged in American Bourbon and Spanish Sherry oak casks and served up at 43% ABV.

Smartass Corner: The Glenrothes Distillery has had some bad luck over the years. The still-house was badly damaged by fire in 1896, and then an explosion in 1903. In 1922 a fire in Warehouse No. 1 resulted in the total loss of the building and nearly a million liters of aging Whisky. And another major fire in 1962 facilitated a complete remodel.

The Flavor Spiral™ shows the most common flavors that you'll taste in Glenrothes Manse Reserve and gives you a chance to have a taste of it before actually tasting it.