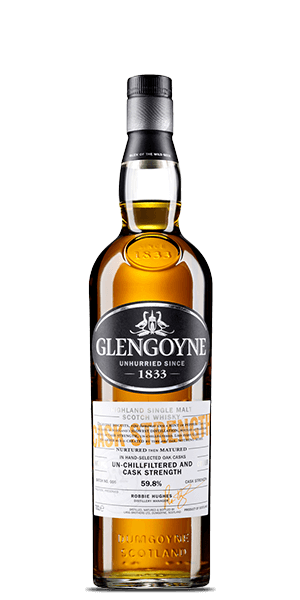 1833 was the year when one George Campbell founded a small distillery in a forested valley in the Scottish Highlands and named it Glengoyne ("Glen Guin" meaning the Valley of wild geese). The establishment has a peculiar feature - it's situated on the very border between the Highlands and the Lowlands and even though the maturation warehouses are on the other side of the street, the booze is distilled in one region, and aged in the other.

Another speciality is the barley they use. Glengoyne is one of two distilleries left using Golden Promise barley, a spring sort of higher quality. Their Cask Strength collection is a special line of rich, peppery and fruity Whiskies that are matured in Sherry casks and bottled at cask strength. This very expression is the sixth batch and it's the first one to be 100% matured in Sherry oak barrels. It's a delightful child of time and cask, a marvelous liquid gold from the Highlands.

The Flavor Spiral™ shows the most common flavors that you'll taste in Glengoyne Cask Strength Batch 6 and gives you a chance to have a taste of it before actually tasting it.

Nose / Aroma / Smell
Sweet sherry and caramel on the nose with hints of banana and biscuits and a slight touch of oak.

Finish
Medium finish with dry sherry sweetness and an afterthought of oak and spice. 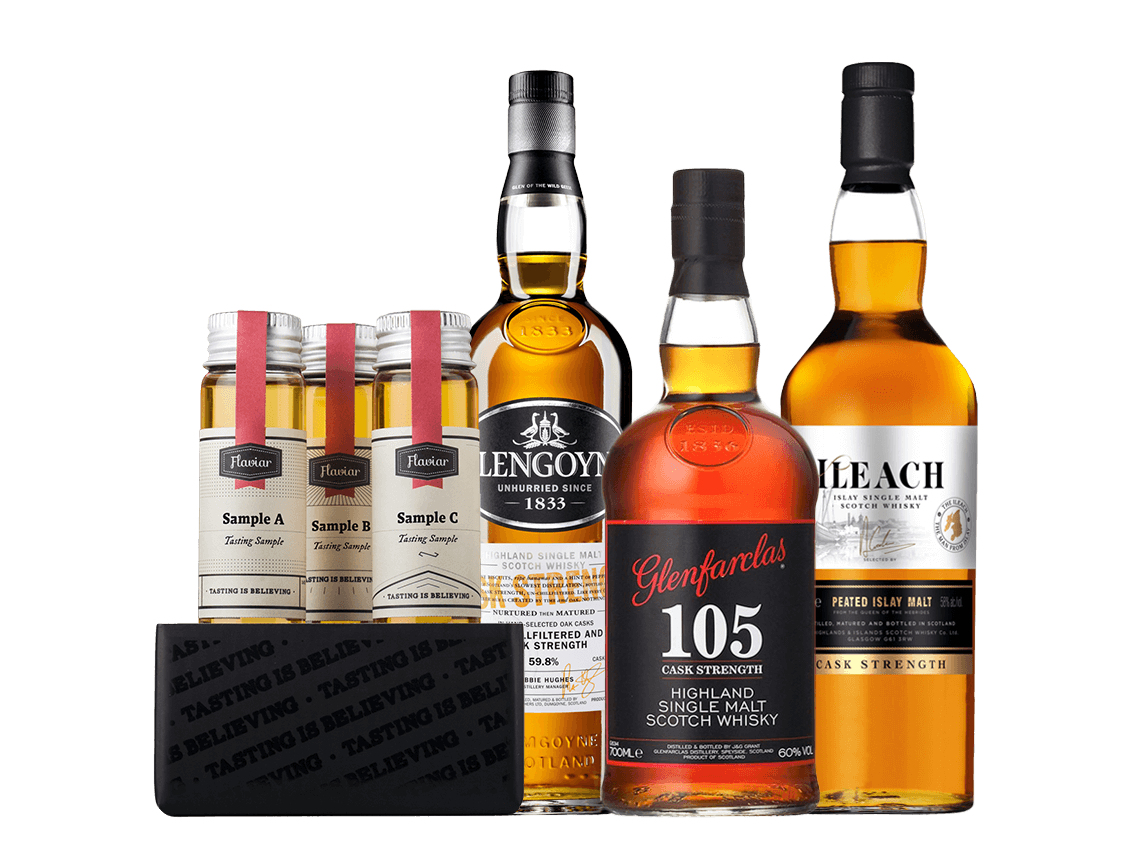 Robert, Aug 8, 2019
Great easy supper for the abv. I get the spice, not heavy, and the apple finish. Decent dram

Daniel, Jul 11, 2019
Nice and smooth with a sweet smelling bite up front. Mmmmmm

Jeremiah, Apr 20, 2019
Very smooth and you can really taste the spices in this.

Jelani, Mar 9, 2019
Caramel, banana, dried fruit. Could see this being great with some fruitcake on the side!

Andrej, Jan 14, 2019
Wow! Sherry at the beginning. But then whole range of delights. It lasts and lasts and lasts. Whiskey at its best.
Load more reviews