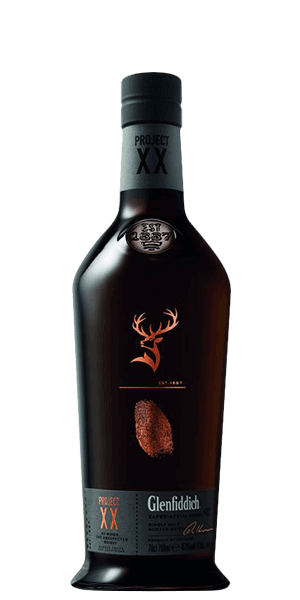 We love Glenfiddich here at Flaviar. You know that, right? That’s probably NOT a huge surprise, since we’re talking about the number one selling single malt in the world with almost 150 years of history. It is also both the largest distillery and the most awarded Whisky ever. Interestingly, the Grant family, who started the company in 1876, still owns it to this day.

But we don’t love Glenfiddich, because of its accomplishments, prestige or acclaim. No, sir. We love them, because they’re not afraid to be creative. One of the major reasons behind the burgeoning success of the 20th century is due to the fact that they were the first distillery to introduce single malt Whisky to the international stage.  Glenfiddich never stands still. They always explore and experiment. Always pushing boundaries. That’s why they’re head and shoulders above the rest, in innovation and production.

Their newest series is going to be a full range of experimental single malts. Yeah baby, music to our ears. After the success of the IPA Experiment, they released their second, even more ambitious expression: Glenfiddich Project XX. This unusual single malt combines the top cask picks from 20 industry experts, to create a truly innovative single malt. Twenty different casks from their opulent warehouse! Twenty is plenty, you must agree. It took a massive effort by master distiller Brian Kinsman to make imagination reality and compose them all in a coherent entity.

But boy, can this dram carry a tune. It has all the characteristics of a classic ‘Fiddich we know and love, but also so much more. Despite the indubitable quality of individual casks, the whole is greater than the sum of its parts. It takes a whole orchestra to play it. A complex combination of aromas and flavors that come together in a beautiful symphony full of depth and design. Rhapsody in Gold.

The Flavor Spiral™ shows the most common flavors that you'll taste in Glenfiddich Project XX Experimental Series #2 and gives you a chance to have a taste of it before actually tasting it.

Simon, Oct 3, 2020
A slight disappointment for me. I love Glenfiddich generally, but this has a strange coriander/fragrant mildly-soapy taste to it. I can imagine some people loving it, but it's not for me.

Will, Jun 9, 2020
Gotten as a souvenir purchase, I save this one. It's by far my favorite scotch.

Paul, Sep 1, 2019
Beautiful Speyside whisky with special flavourtones appleblossom pear and licorice. A sweet and deep and soft taste, esspecially with the use of black salt from the French Pyereneën. Completed with roasted almonds and cinnamon.

Sei-IS, Jun 19, 2019
This is a very nice drink, late night, dim lights with a sweetness that has depth and length on the tongue Orange on the nose and toffee and honey on the finish with a taste that seems to link them together. This was a very pleasant surprise and a great experiment from a classic distillery.

Israel, Jun 4, 2019
Not sure why I picked up a bottle when I don't like scotch. Happily, I wasn't disappointed. Got a spicy blast up front that slowly shifted to a sweetness of vanilla balanced by a hop-like flavor. Very interesting flavor profile.

Jesse, Dec 7, 2018
Really complex and interesting but still goes down very easy. One of the more unique whiskys I've had.

Will, Oct 6, 2018
Really interesting story behind the production and I think they've done well. Drinks like the 18yr at a better price!