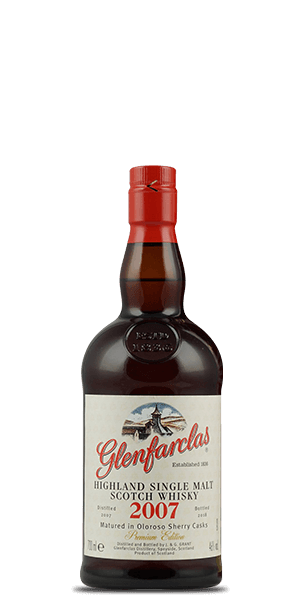 “Glenfarclas” sounds like you are cussing in Gaelic, doesn’t it? But if you are a fan of Highland Single Malt Whiskies the word is music to your ears. It means “valley of the green grass,” which perfectly describes its Banffshire location. It was founded in 1836 by Robert Hay, but was sold to the famous John Grant in 1865. The Grant family owns and operates the distillery to this day, making it one of the few remaining independent and family-owned distilleries in Scotland. Glenfarclas produces a range of classic Speyside-style Whiskies with a Sherry influence — all of them tasty and popular with the Whisky “in-crowd.”

The folks at Glenfarclas set aside special casks of their vintage Single Malt from time to time. This isn’t the Spirit that is married for consistency in their core Age Statement offerings. Don’t get us wrong, that Whisky is great. The vintage offerings are like oak-barreled time capsules that preserve the essence of a single year and distillation.

Glenfarclas Vintage 2007 was preserved in 100% Oloroso Sherry casks for seven years before being bottled in 2014 at a spot-on perfect 46% ABV — noticeably higher than the core offerings.. It is instantly recognizable as a classic Glenfarclas Single Malt, but also stands a bit apart with a stand-out character of its own.

The Flavor Spiral™ shows the most common flavors that you'll taste in Glenfarclas Vintage 2007 and gives you a chance to have a taste of it before actually tasting it.

Nose / Aroma / Smell
You will be greeted by notes of granola and Sherry before the fragrances of candies pear, and lemon zest appear.

Finish
The finish is medium to long with a lingering spice. 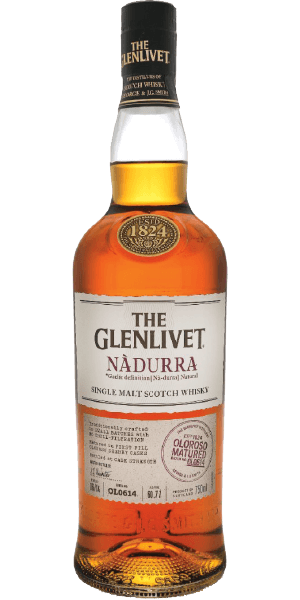