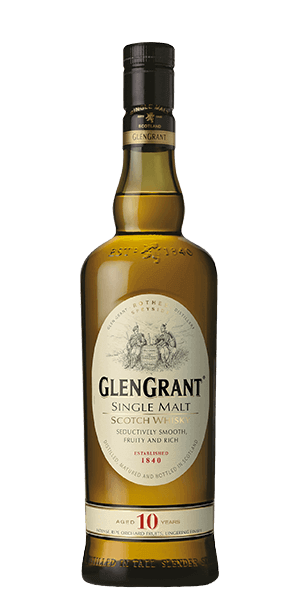 Glen Grant was founded by John and James Grant—brothers who had been making their living by means of illegal distillation and smuggling. But with a desire to settle down a bit, they finally took out a license in 1840 becoming “legal” for the first time. They met with a bit of success, but things really took off when the operation was taken over by James’ son—James Jr.—who brought enthusiasm, intelligence, and energy to the company … literally, since he wired the place and made Glen Grant the first distillery with electricity.

Young James went by the nickname “The Major” and he was always embracing new ideas. He was the first man in the Highlands to own a car, for goodness sake. But one of those new ideas was incorporating taller, narrow stills and purifiers to improve the quality of the Whisky. Some say that this gave the Glen Grant single-malt its lighter, grainy character and influenced what it means to be a Speyside single-malt to this day. So pour a dram and raise it high for “The Major.”

Glen Grant 10YO is so popular in Italy that Campari paid a high premium to buy the entire company from Glenlivet a few years back. That little ristorante in Venice may be pouring two-bit Chianti and neon-colored fruity drinks to the tourists on the Rialto, but back in the kitchen the paisanos making the pasta are sipping on Glen Grant.

And who can blame them? Glen Grant 10YO has been dubbed the “Single Malt of the Year, 10-years and Under” and “95 points” by no less than The Whisky Bible. We’d bet that you could pour this little gem at your next party and everyone would think it was a lot older—it’s just that good. And it’s getting harder and harder to get a bottle of Glen Grant outside of Europe so get your share while you can. Saluté!

The Flavor Spiral™ shows the most common flavors that you'll taste in Glen Grant 10 Year Old and gives you a chance to have a taste of it before actually tasting it. 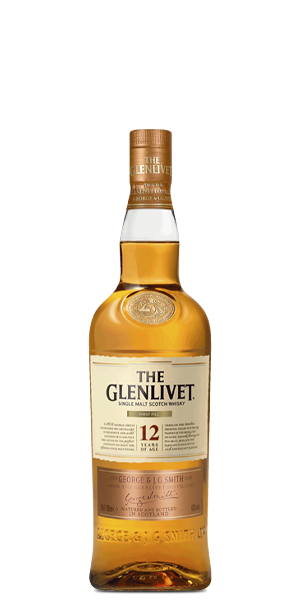 Tumelo, Nov 21, 2019
Pine colour. Vanilla and marzipan on the nose which is quite pleasant. Creamy and light on the palate with flavours of toffee and pineapple then comes the oak. The finish is pleasant with apple and pear notes omnipresent. A sterling whisky. Great to have on hand as a soothing tonic.

Michal, Nov 30, 2017
Sweet and toffee flavour. Light and fruity in finish. Very good and worth trying.

Josiah, Oct 10, 2016
Very fruity and light. I enjoy a few drops to soften the vibrant flavors

guest, Aug 1, 2016
Excellent intro to malt whisky for a beginner

Stephen, Jul 30, 2016
I unpacked it but have lost it somewhere within my house unless my son has made his way out of my house with it and didn't tell me. He is a scotch lover too.

Craig, Jul 14, 2016
This is very pleasant, light and fruity. Compares favorably to Glenfiddich and Glenlivet 12 year olds. A nice before dinner dram.

William, Mar 8, 2016
Excellent in my opinion. Very nice before dinner.