Distillery
Founded in 1897
This distillery is located in Montrose, in the Eastern Highlands. There used to be a flax spinning mill on site before the distillery was constructed.

The "Whisky bubble" was quickly growing during the end of 19th century in Scotland. Glen Esk/Hillside was a subsequent result of this bubble. They started with the name Glenesk, though in 1899, J. F. Caille Heddle took over the distillery, and named it North Esk Distillery.

William Sanderson & Sons Ltd took over in 1973, and not surprisingly renamed the distillery Glenesk. They closed in 1985, and SMD's license was cancelled in 1992.

As a malt distillery it had 4 stills, and during its grain Whisky distillery stage, a Coffey still was installed, in 1938.

Dog Dogson's
Smartass Corner
Buildings of Glenesk /Hillside were demolished in 1996, except for the maltings. The maltings were sold to Paul's Malt Ltd., which was taken over by the Irish food company, Greencore, later on. In 2010 they were bought by Axereal.

William Sanderson & Sons were famous for their VAT 69 Whisky. There is no doubt that even today, VAT 69 still has some Glenesk in it.
About
Highlands
There's a dram for everyone in the Highlands! 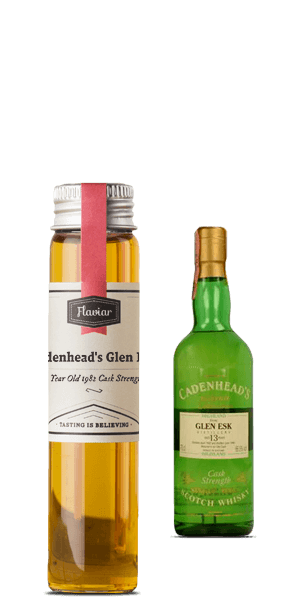