from Altonaer Spirituosen Manufaktur Distillery
Founded in 2013
Gin Sul might be made in Hamburg, but it is inspired by the Portuguese coastline, where founder Stephen Garbe fell in love with the landscape while traveling. He launched the Altona Spirits Manufactory in 2013 with the aim of producing a Gin which proclaimed his love for Portugal.

Gin Sul is made using the vapor infusion method of distillation (whereby alcohol is heated so the fumes pass through botanicals suspended at the top of the still before condensing again as liquid).

It is made with fresh lemons from the Algarve, rock rose (a plant which grows on the coastline of Western Portugal), coriander, juniper, rosemary, allspice, lavender and cinnamon.

The Flavor Spiral™ shows the most common flavours that you'll taste in Gin Sul gin and gives you a chance to have a taste of it before actually tasting it. 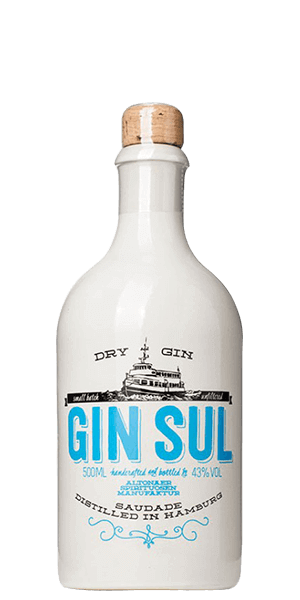