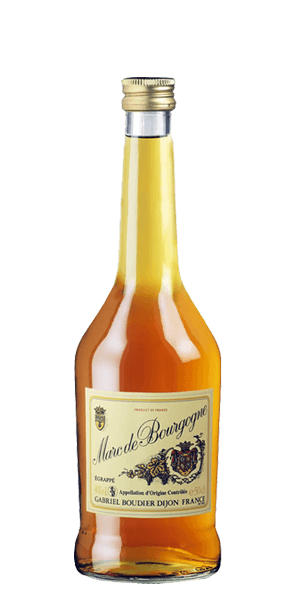 The Spirit of Dijon.

Founded first as the house of Fontbonne in 1874, Gabriel Boudier took over and renamed it after himself in 1909. Famous for their liqueurs this distillery, still situated in Dijon, France gained its reputation Worldwide for the quality of their products. Just before the second World War Marcel Battault bought the establishment and decided against changing the name because of the reputation that has accrued this distillery.

The Boudier Marc de Bourgogne is distilled from the grape residue left over after a pressing. These grape residues are first freed from stems, stalks and largely of nuclei. Next, the pulp is pressed for several days. These Marc are then distilled in a column still, which is heated by steam. The marcs used share the reputation of the great Burgundies from which they come. The Burgundy wine is one of the most honored in France and its quality was noticed already by the Romans, who found it in these parts thousands of years ago. Apparently they liked the Gaul wine more than they did theirs!?

The process  produces a Pomace Brandy of stunning finesse and pronounced character that has been perfected to the core.

The Flavor Spiral™ shows the most common flavors that you'll taste in Boudier Marc de Bourgogne and gives you a chance to have a taste of it before actually tasting it.

Finish
A moderate not so long finish but compelling and intriguing nonetheless.