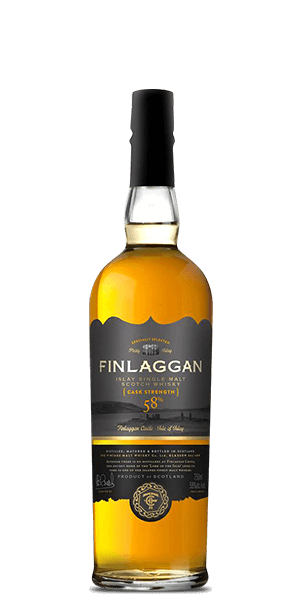 Thee is a mystery in this Islay Single Malt, the the quality and flavor are crystal clear.

The Vintage Malt Company is based in Glasgow, Scotland. They were founded in 1992 by Brian Crook and have the unique talent of finding good deals on hidden casks and extra production lots. They find orphan casks — even a single barrel — and cut a deal to bottle it up as a special release. Sometime sunder on of their brands, sometimes wrapped in mystery completely. They even have a way for individuals just happen to have a cask of the good stuff to sell it on the QT. The point is that they were voted the best independent bottler a few years ago for good reason.

Finlaggan is one of their house brands of Single Malt Islay Whisky and it is available in three strengths. It is a core offering, so Finlaggen has cut a long-term deal to gain access to a consistent flow of this superior Single Malt. Which distillery is the source? They won’t say.

Finlaggan Cask Strength is the top of the line and strongest dram of the lot at 58% ABV. And even though we do not know which distillery crafted it, we know it was a good one indeed. And without the brand name adorning the bottle, it is also a very good value for the dollar.

Smartass corner:
Loch Finlaggen is a large lake on the island of Islay. There are three island in the Loch — secure from attack — were long where the Lords of the Clan Macdonald ruled their lands. The Finlaggen brand is named after this historic place.

The Flavor Spiral™ shows the most common flavors that you'll taste in Finlaggan Cask Strength and gives you a chance to have a taste of it before actually tasting it.

Nose / Aroma / Smell
The aroma greets you swiftly with notes of warm leather, savory bacon, peat smoke, seashore, and a dash of toffee.

Flavor / Taste / Palate
The mouthfeel is full and rich with deep tones of wet peat, lemon zest, and a bit of orange blossom honey on the back palate peeking through the smoke.

Finish
The finish is long and warming with linger ashen tones. 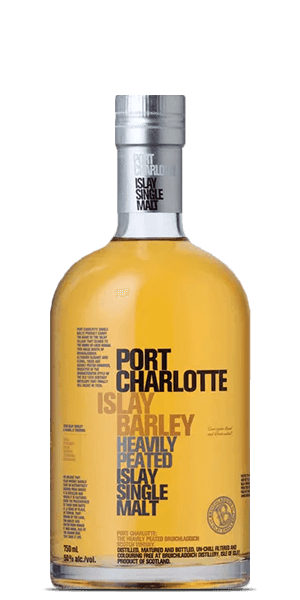 Susanna, Dec 10, 2020
An interesting new acquintance that I really recommend.

Jaakko, May 4, 2020
TL;DR: excellent, but taxingly intense. Very light colour, has nothing to do with rest of the drink. First smell very meaty smoke. Like dry smoked ham. Very pleasing! There’s maybe something below the smoke, but it’s hard to say. Taste is amazing. Before even tasting anything there’s some preliminary mouthfeel, that’s very nice. There’s still the smoke obviously, but the taste is surprisingly complex, notes of wood, caramel, leather and tingling of the tongue. Enduring taste that develops long after taking a sip. One third of a drink down and my head starts to feel a bit odd in a good way. What a buzz. Halfway done had to take a drink of water and put some in the whisky also. Much less intense after that but also loses some of it’s charm. More like an ordinary whisky after that. Once a week kind of an experience probably. Might have been a mistake to test this at 10AM on a working day.