from Thames Distillers Distillery
Founded in 2008
Edgerton Pink Gin is the brainchild of Martin Edgerton Gill; formerly of The London Gin Company. It takes its name from the cocktail ‘Pink Gin’, which is a dash of Angostura Bitters and a measure of Gin, which gives the drink a pink hue, and was used as a cure for seasickness by the British Royal Navy in the early 1820s.

By contrast, Edgerton Pink Gin doesn’t contain Angostura Bitters; instead getting its coloring from one the botanicals it contains – pomegranate. Other botanicals include the traditional (orris root, citrus peels, liquorice root, coriander seeds), and the more unusual (damiana, nutmeg, almond powder, cinnamon).

The Flavor Spiral™ shows the most common flavours that you'll taste in Edgerton gin and gives you a chance to have a taste of it before actually tasting it. 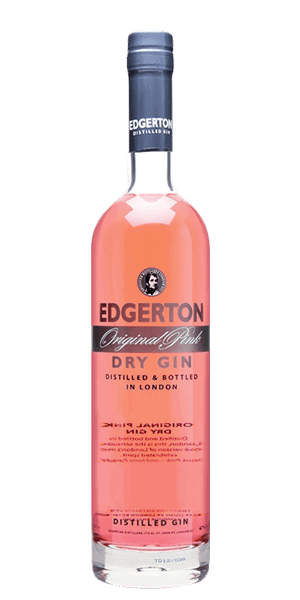