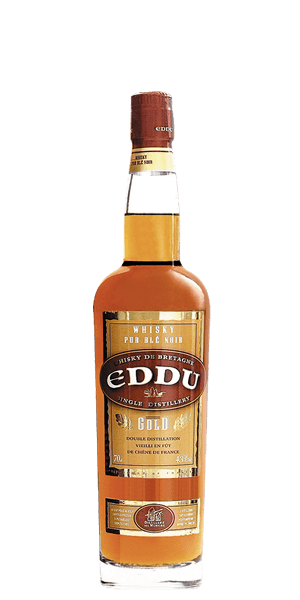 France is mostly known for Wine, cheese, and existentialism. Usually all at the same time. But sometimes that's not enough and they decide to make Whiskey. Oh, and while "Pur Blé Noir" sounds really classy and otherworldly, it actually just means "pure black wheat", or buckwheat.

Eddu Gold is the Whiskey of Brittany and it's made in the Menhirs distillery in the commune of Plomelin. Founded in 1998, it differs from its rivals by making wheat Whiskey (practically the same thing as Bourbon, except its mash bill has at least 51 percent wheat). Buckwheat makes sure Whiskey has a great concentration of flavors and aromas and has no match nor rival.

This Spirit is golden and very viscous (due to double distillation with lees) and it's as rich in aromas as possible. Scents of dried flowers, rose, carnation, and tea flower surprise the debutants, while supple and rich structure make a real impact. It's a very mature Whisky with a long and harmonious finale. If you'd have your eyes covered while sipping this delicacy, you'd believe you're drinking an 18-year-old Whisky.

The Flavor Spiral™ shows the most common flavors that you'll taste in Eddu Gold Pur Ble Noir Whisky and gives you a chance to have a taste of it before actually tasting it. 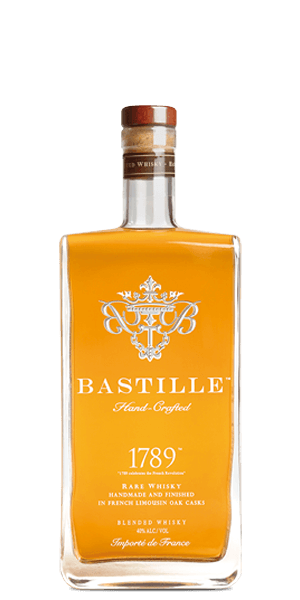