Buyer Protection
Money-back guarantee if things go wrong.
The Dingle Distillery was launched in 2012 by three friends as a Whiskey Distillery, but as with many new producers, the company began making Gin and Vodka while waiting for their Whiskey to mature. Ireland has a rich distilling history; two hundred years ago, there were more than 100 officially recognised distilleries on the small island, and when Dingle started up in 2012, there were just two. The founders wanted to create a new, artisan distillery to take on the big Irish brands.

Dingle Original Gin is styled on a traditional London Dry Gin, but its unique botanicals give it a certain Irish flair. Dingle is made in a traditional copper pot still via two different distillation methods; first the botanicals are macerated in the neutral spirit for 24 afters before being heated. The fumes then travel up the swan’s neck of the still, through a flavor basket which contains more botanicals, before condensing and being cut to bottling strength with fresh water from the distillery’s well.

Locally foraged botanicals, including rowan berry, fuschia, bog myrtle, hawthorn and heather give a true taste of the County Kerry landscape. This Irish beauty is well-balanced with a floral flavor and clean finish. Try it served with a wedge of orange and a few juniper berries to bring out the piney flavors.

The Flavor Spiral™ shows the most common flavors that you'll taste in Dingle Original Pot Still Gin and gives you a chance to have a taste of it before actually tasting it. 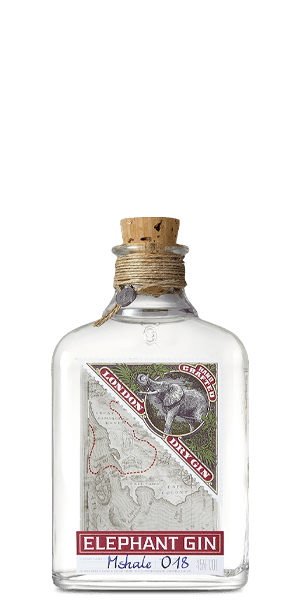 Frank, Dec 15, 2020
Tried this when I visited Ireland and fell in love after first sip!! Amazing flavors and smoooooooth finish! Great straight up or in a martini and makes the best gin and tonic I have ever had!!

Kate, Oct 8, 2020
First had this gin when I stayed in Dingle, Ireland last year, and brought a bottle home to remember my trip. Clean, refreshing, and good with elderflower tonic water!

Thom, Sep 3, 2020
We first sampled Dingle's at a restaurant in Ireland 2 years ago. Upon our return we were pleased to discover that Flaviar would be a provider. We have recently returned to Flaviar for a second order. Returning for more rates better than any number of stars.

Jack, Mar 30, 2020
Very good gin. Local botanicals shine through the juniper and the purity is palatable.

Chris, Mar 25, 2020
love it. this is a refreshing gin that will make you change your mind about your mothers gin and tonics!

Warren, Nov 23, 2019
Great tasting gin for G&T or over the rocks. Nice hint of floral and goes great with a blood orange twist.

guest, Aug 29, 2019
Most incredible gin I’ve ever tried. So many different floral tastes that blend perfectly.

Will, Feb 4, 2019
I’m not much of a gin drinker but I’ve had this at the distillery in Ireland and it’s extremely smooth. Had in a gin and tonic and crazy good!