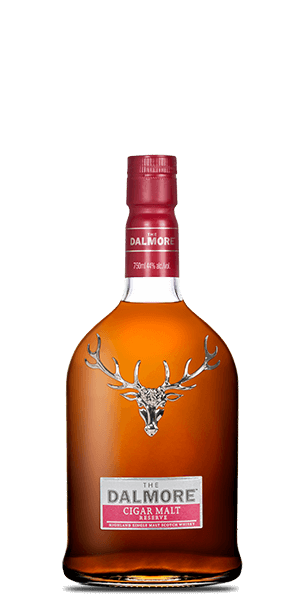 What makes Dalmore special? They are in the Northern Highlands, halfway between Inverness and Tain. Sure, there is the spring water and the single-malt. And all of Dalmore’s Whiskeys start in ex-Bourbon barrels. Solid work so far, but this puts them in line with several other quality brands. What sets them apart is the finishing.

Dalmore knows when they made a mistake. You see, Dalmore’s “Cigar Malt” was for years one of their most popular special editions. But somewhere along the way, a first-year marketing MBA got all “naughty” and decided that the term “cigar malt” was confusing, politically incorrect, or other such hogwash. So, this delicious, Sherry-infused wonder was discontinued in 2009. As you might imagine, we—along with the majority of the Whisky-drinking universe—were not pleased.


The Dalmore Cigar Malt Reserve was promptly returned to production two years later. That MBA? We heard that “Scrooge McMarketing” is bussing tables at a road-house off Interstate 10. That guy got off lucky.

No … “cigar malt” does NOT mean you MUST smoke a cigar. It means that it goes REALLY well with one. And it really, really, really does. For those of us who do not partake of that particular vice, all you need to know is that 70%—yes, seventy percent—of the casks used to age this Whisky more than twelve years are Matusalem Gonzalez Byass Sherry casks … AND THEN it’s finished in premier cru Cabernet Sauvignon wine barriques. BUY NOW before someone at Dalmore goes all naughty on us again!

The Dalmore Cigar Malt + Padron 1926 No.9 Maduro
The Dalmore and Padron are a match made in heaven. The full-bodied dram combines extremely well with the full-bodied cigar. The lemon rind and orange candied peel of the Dalmore, calms the
peppery, earthy and leathery flavours of the Padron. The lower alcohol content of the Whisky lets the caramel extract, elevating the cigar’s coffee and cocoa sweetness, which is somewhat subdued.

That’s really where the magic happens.

The Flavor Spiral™ shows the most common flavors that you'll taste in The Dalmore Cigar Malt Reserve (700mL) and gives you a chance to have a taste of it before actually tasting it. 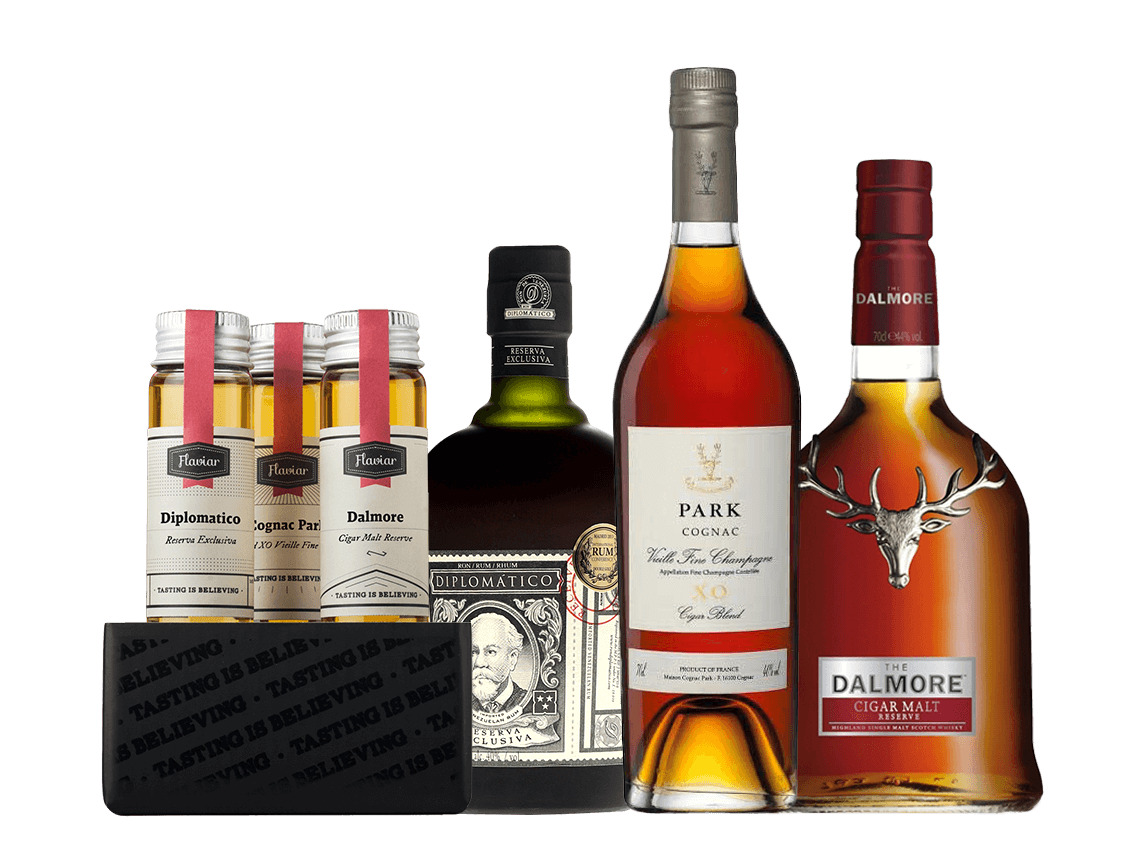 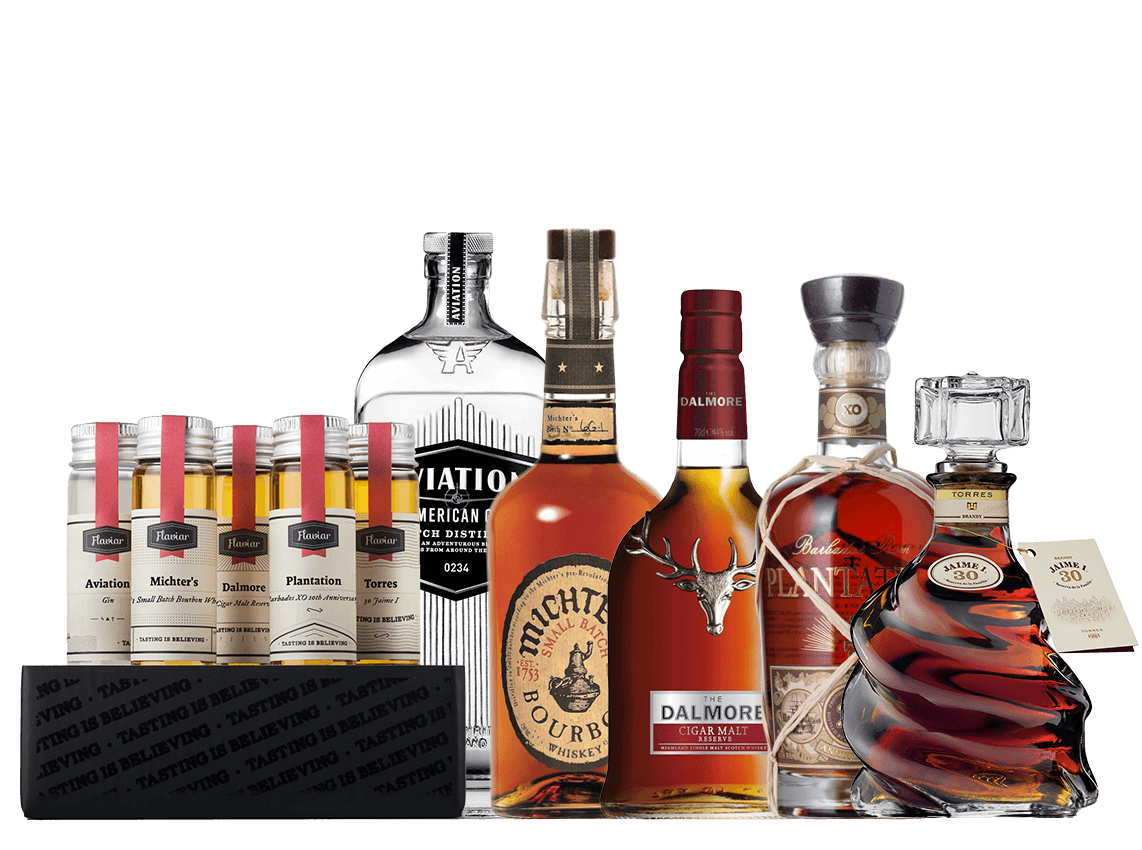 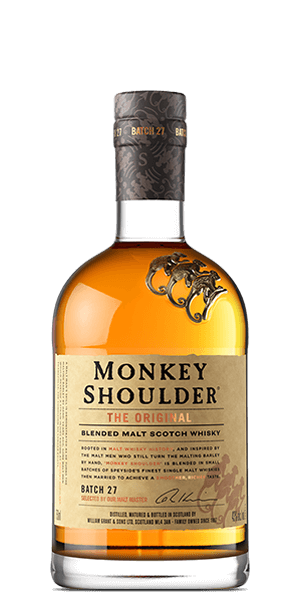 Victor, Sep 3, 2020
Refined taste with a smoothness that brings out the taste of the cigars

Isaac, Jun 29, 2020
This is an interesting scotch. For those who have significant scotch experience, it's fairly unsurprising. That could be good or bad, to me it felt like a solid spirit. I wish there was a bit longer of a finish, likely that's do to chill filtration, I didn't look that up so I don't know that, but I added water, and there was no fracturing of the spirit which would suggest this is chill filtered, but it's solid if not incredibly interesting. It won't create any memories, but it's solidly shippable. In fairness I drank this with my two siblings, and one, a general Brandy and cocktail drinker, loved it even more than the Brandy this came with, and the other, a spirit newcomer, found it bland. I found it uninspired but pleasant enough.

Greg, Jun 23, 2020
Disappointing. Had this whisky years ago and thoroughly enjoyed it. Dalmore took it offline and it’s recent reappearance seemed fated. But the price was significantly higher than before. So I ordered the cigar tasting box. Glad for that. The malt is hotter than I would expect at open and the peat actually tastes like stale cigar. There are vanilla and sherry notes with chocolate but they’re fleeting and the finish is leather. Save your money. Or buy Lagavulin 16 or Dalmore 15 or something else.

Antti, May 21, 2020
It is a very good, rich, Single Malt Scotch Whisky that has a clean & moreish birth; while rich & elegant life leads to a fluid death of medium length with notes of lemon, orange zest, clove & a hint of cinnamon.

Rony, May 11, 2020
Amazing balance of Cinnamon on top of all other flavors

Salvatore, May 1, 2020
When actually paired with a cigar, this was amazing. Got a taste in my sampler and had to order a bottle!

Ernie, Apr 24, 2020
Definitely in the top 3 whiskeys I have tasted... smooth without being subtle, VERY good with a cigar, but just as good without... drink with or immediately after eating grilled/BBQ chicken or red meat.

BOB, Feb 29, 2020
Nice scent of chocolate on the nose, taste of caramel and sherry up front. Nice finish with a bit of chocolate and a slight kick. Solid scotch!

Raoul, Feb 23, 2020
A nice dram but overhyped. Having tasted it several times to be sure I wasn’t missing something it is a slight disappointment: not as sherried or bigboned as glenfarclas 17 years old not as refined and ethereal as glendronach 15 years old it is not a malt that invites me over and over again to discover some more of its complexity. I understand why it combined well with cigars, but for me it is a good, decent dram, on the expensive side for what it offers.

Joe, Feb 12, 2020
Definitely worth the price on this one! If you drink this one any other way than NEAT, I hope someone slaps you!!! The unique flavor of this Dalmore stands above the crowd of Cigar Malts!!! There is simply no comparison.

John, Jan 10, 2020
Very nice scotch. A bit of chocolate and coffee on the nose with a hint of wood and smoke. Taste has a nice light smoke, but it really comes alive with a little bit of cold water. The water seems to smooth out the heat and lets some of the fruit sweetness shine.

Ott, Dec 5, 2019
Enjoyed the aroma more than the taste. Didn't get any sweetnes but semi-smooth at first followed with bitter end. No go for me.

Chris, Sep 15, 2019
Very smooth flavor with a perfect amount of Smokey flavor that improves with each sip

Harrison, Jul 4, 2019
I’m not a fan of dark chocolate so there’s a lot to be desired with the finish of this one.

Andilee, Jan 26, 2019
Love this scotch!!! I’ll be adding a bottle to my home whisky bar soon sweet, smooth and a great finish.

Dennis, Jan 20, 2019
An exceptional whiskey, smooth, flavorful, with a great finish. I’ll drink this one as often as I can afford it

Cynthia, Nov 11, 2018
I am impressed with the taste of oranges, sherry and chocolate. Smooth with a long finish. Very good

Dyann, Nov 6, 2018
Close, but no cigar,” which means “almost correct, but not quite". Oh my.. this is truly the Dram that memories are made from.. Gentlemen beware that if this to be shared willfully and with your pair I would certainly regret not to be there. Not for me but for you the true pleasure of of this share is something not to miss. So sexy and smooth - some may not need a cigar.

Mikel, Sep 27, 2018
Had a dram and it is very good goes very well with a maduro and a nice conversation.

Jernique, Sep 21, 2018
Love this!!! Little spice, caramel, citrus, vanilla and then the smoke and smoothness lays in. Very, very good. I enjoyed it tell the last drop.

Shelley, May 4, 2018
I have to first say - I'm not a fan of scotch - so probably my tastes don't count here - that said - this is better than any scotch I've tried. It is quite smoky. If I liked scotch - I would likely like this one!

Jason, Apr 30, 2018
This scotch and a nice cigar are heaven on earth. Wonderful!

Darren, Apr 24, 2018
On first tasting I thought there was a bit too much of an ashtray taste. With an ice cube it softened up to a lovely smooth whisky

John, Mar 9, 2018
Very flavor filled scotch. Smooth with a nice tobacco taste. Would be great with a Cigar