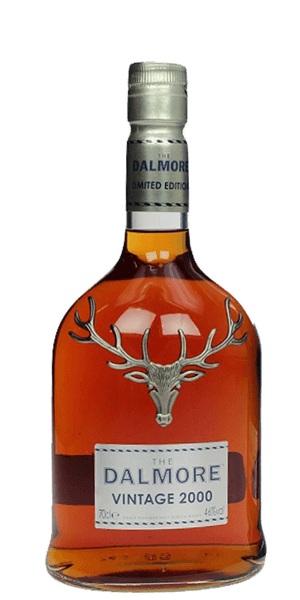 The Stag, the King and the Hero.

Alexander Matheson, a trader who made his fortune in illegal opium imports from the Far East founded the Dalmore Distillery in 1839. It is located on the northern shores of the Firth of Cromarty, deep in the Scottish highlands.

Dalmore changed hands and owners countless times throughout the years, with Clan Mackenzie lasting the longest - for almost a century - and from which the distillery got its signature twelve-progned stag that is included on all Dalmore bottles. The story of the stag goes back to 1263, when the head of clan Mackenzie heroically saved Scottish King Alexander the Third, with a single arrow to end the Stag's attempt. This distillery boasts with producing one of the most expensive Whiskies in the World, and for being the first to ever export Malt Whisky – to Australia, specifically.

Dalmore Vintage 2000 is aged for 9 years in ex-Bourbon casks before additional 15-month ageing in Spanish Olorosso Sherry Casks. It's bottled at 46% ABV.

The Flavor Spiral™ shows the most common flavors that you'll taste in The Dalmore Vintage 2000 and gives you a chance to have a taste of it before actually tasting it.

Smell / Nose / Aroma
Sweet on oranges, apples, pears, with a handful of pepper, cinnamon and ginger, some smoke in the background.

Finish
Quite long and smooth, with dates, figs, sherry, tobacco, hazelnut and nutmeg.

Comment
This isn’t a common Dalmore, it’s a limited edition so don’t miss out. 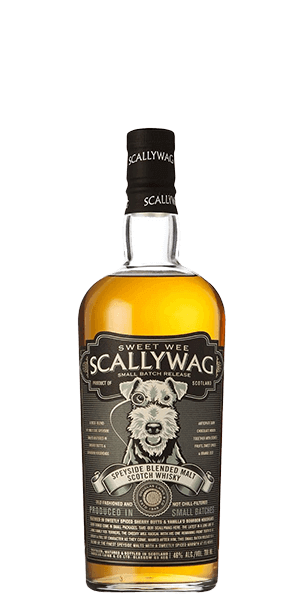 Jyrki, Sep 19, 2019
I don't know what to say. The biscuit on the nose and taste is excellent. Otherwise not that special