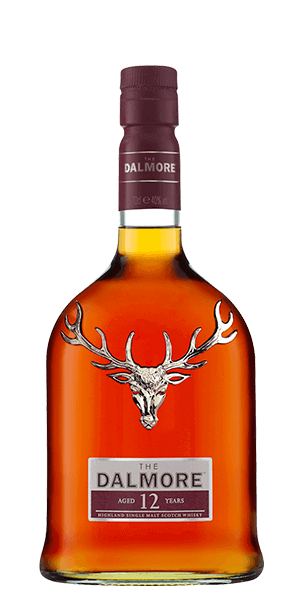 Somewhere in Andalusia a fresh oak cask of Matusalem Sherry is being rolled into the storage buildings where it will dream of the day—more than 30 years from now—that it will be emptied of its wine and shipped to the Highlands, where it will finally attain true fulfillment … making Dalmore 12.

What makes Dalmore special? They are in the Northern Highlands, halfway between Inverness and Tain. Sure, there is the spring water and the single-malt. And all of Dalmore’s Whiskeys start in ex-Bourbon barrels. Solid work so far, but this puts them in line with several other quality brands. What sets them apart is the finishing.

You see, Dalmore 12 ages 9 years in those Bourbon casks. Then, the spirit is divided. Half is re-casked in Bourbon barrels, and the other half—the magical half—ages three more years in Gonzalez Byass Matusalem Sherry casks. And that Matusalem Sherry is mystical stuff indeed. It is the Rolls Royce of Olorosso Sherries, having itself quietly rested at least 30-years.

It is these barrels that hold the key. After three decades the barrels are so packed with incredibly dense flavors that they veritably explode into the Whiskey during those last three year of maturation. This makes the Dalmore 12 Year Old far richer and far darker in color than any other 12-year old Whiskey that I have seen so far. And there is an expresso quality to the aromas and flavor profile that really stand out.

SmartAss Corner:
The ex-Bourbon casks used in the making of Dalmore can usually be had for less than $100 each, but the 30-year old Gonzalez Byass Matusalem Sherry casks cost upwards of $1500 each.  This is a significant investment, and far more than all but the highest priced super-premium labels spend.

The Flavor Spiral™ shows the most common flavors that you'll taste in The Dalmore 12 and gives you a chance to have a taste of it before actually tasting it.

Mark, Feb 11, 2021
Admittedly I tend to like more heavily flavored/proofed whiskeys, but my latest taste of this (first of the night) felt particularly light and flavorless. My last bottle of this I'm afraid.

Huat, Dec 28, 2020
Strong dried fruit note both on the nose and palate. Medium finish and a good evening drink.

Mosen, Dec 7, 2020
DALMORE 12. Need I say more. This is a STANDARD that all whiskeys should aspire to. The finishing in Oloroso Sherry casks really brings out nice underlying fruit flavors and rich sophistication. DELICIOUS.

Brandon, Jan 26, 2020
New staple in my home bar. For the price point this is fantastic. Would have rated it higher but IMHO Tillaburdine 500 Sherry Cask is slightly better. Both have very similar characteristics.