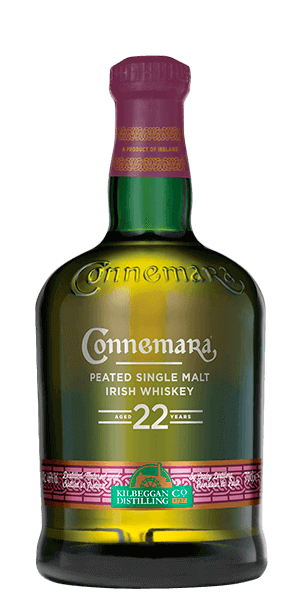 One of the oldest expressions released by Connemara Distillery, this is a peated and fruity malt. It has been matured in first fill ex-Bourbon barrels, giving it a sweet oaky flavour and a hint of spicy vanilla. The peat smoke ties in well with the tangy fruit flavours and emphasises the sweetness of the malt.

The Flavor Spiral™ shows the most common flavors that you'll taste in Connemara 22 YO and gives you a chance to have a taste of it before actually tasting it.

Flavour / Taste / Palate
Cloves and oranges with cinnamon, blueberry and apple bake and a peated spice, quite refined and smooth