Bushmills is one of the most popular and enduring Irish Whiskeys. Hugh Anderson registered the company in 1784 in the town of Bushmills and, after a few fits and starts, they have been in continuous operation and growing since 1885. Jose Cuervo purchased the Old Bushmills Distillery from Diageo in 2014, but the suits know to stay out of the way of Irishman crafting their Whiskey. Bushmills currently has six Whiskeys in their core line-up in addition to special editions and releases.

Bushmills Irish Whiskey 10 Year Old has been called a "benchmark Irish Whiskey." It’s the one other Irish Whiskeys compare themselves against. It’s been awarded "Best Irish Single Malt" and has been given 92.5 points in Jim Murray’s Whisky Bible — along with a bushel of gold medals from competitions all over the world. And on top of it all, it is an incredible value given it’s price point. It’s triple distilled and aged a full decade in ex-Bourbon casks — which accounts for the rich flavors of honey, vanilla, and milk chocolate.

Smartass Corner:
Prominently pressed into the glass of each bottle of Bushmills Irish Whiskey is the date "1608." But, that’s not really when they started making Whiskey. The original land-owner — a Sir Thomas Phillips — received an official "license" from King James I to distill in 1608, but the Bushmills distillery was not built until 1784.

The Flavor Spiral™ shows the most common flavors that you'll taste in Bushmills 10 Year Old and gives you a chance to have a taste of it before actually tasting it.

Flavor / Taste / Palate
Fruit-forward with milk chocolate and a dash of cinnamon. 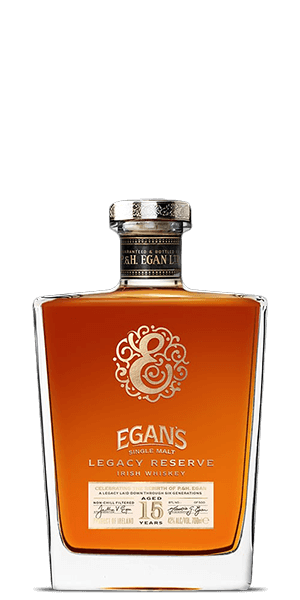 Kyle, Apr 7, 2020
It's a fine whiskey, but it's a little one note. At this price there's a lot of other more interesting Irish whiskeys in my opinion for not much more money.

Clark, Apr 3, 2020
The first whisky my wife and I tried (not counting shots and mixers in our respective younger years). Smooth, non-smoky Irish whisky. It is our go to drink when we are not experimenting with other whiskys.

Nicholas, Mar 19, 2020
Always good to have for one of those days when you don't really have an occasion to drink... Nice and honey sweet at the top

Alan, Feb 25, 2020
Never really knew much about Irish whiskey besides Jameson. After trying the bush mills I gotta say I’m going to try more Irish whiskey. Overall a good whiskey to start with if you’re new to aged whiskeys.

Tim, Dec 28, 2018
This is a good jumping on point for someone new to whiskey. Nothing spectacular, simple, approachable. At the price point it’s worth having on hand in the home bar but not worth the price of a pour at most restaurants or bars. Cheers

Ellen, Nov 28, 2018
Smooth as you'd expect an Irish whisky to be, but the extra bourbon barrel aging gives it extra flavor complexity. Best neat or with a tiny bit of ice.

Tim, Nov 1, 2018
Quite nice, midweek whisky, bit more peaty than our usual tipple, but still enjoyable none the less

Bryan, Nov 1, 2018
The 10 yr. Is one of my favorites and on my go to list whenever I'm stuck needing a good inexpensive whiskey to sip.