Bunratty Winery comes from the historical County Clare which is largely encircled by lakes, and the hard edge of the Atlantic but the winery itself lies in the shadow of the 15th century Bunratty Castle. Originally the winery started making only Mead. Surrounded by mountains and valleys it embodies the spirit of times when Potcheen was pot stilled directly from grains over peat fires using fresh spring water from nearby mountain streams - it was enjoyed by a select few in circle of trust. This was supposed to change in 1661 when illegal distilling was banned, but locals retreated into the shelter of nature, where they could continue to distill amongst the spirit of the mountains. Only of recent 1997 (in the scheme of things) has Potcheen regained its legal status leading a number of distilleries to revive century old recipes and produce the truly genuine Potcheen.

The Flavor Spiral™ shows the most common flavours that you'll taste in Bunratty Winery irish whiskey and gives you a chance to have a taste of it before actually tasting it. 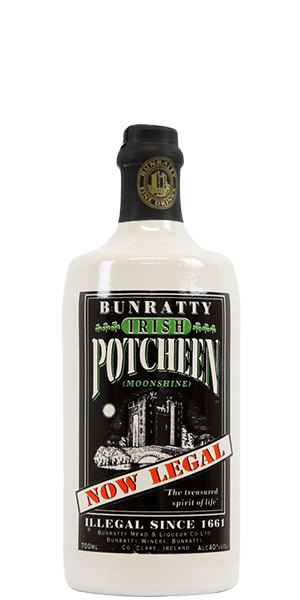