Whiskey Secrets: You Should Be Drinking Younger (and Cheaper) Scotch

Published in:
By Lew Bryson 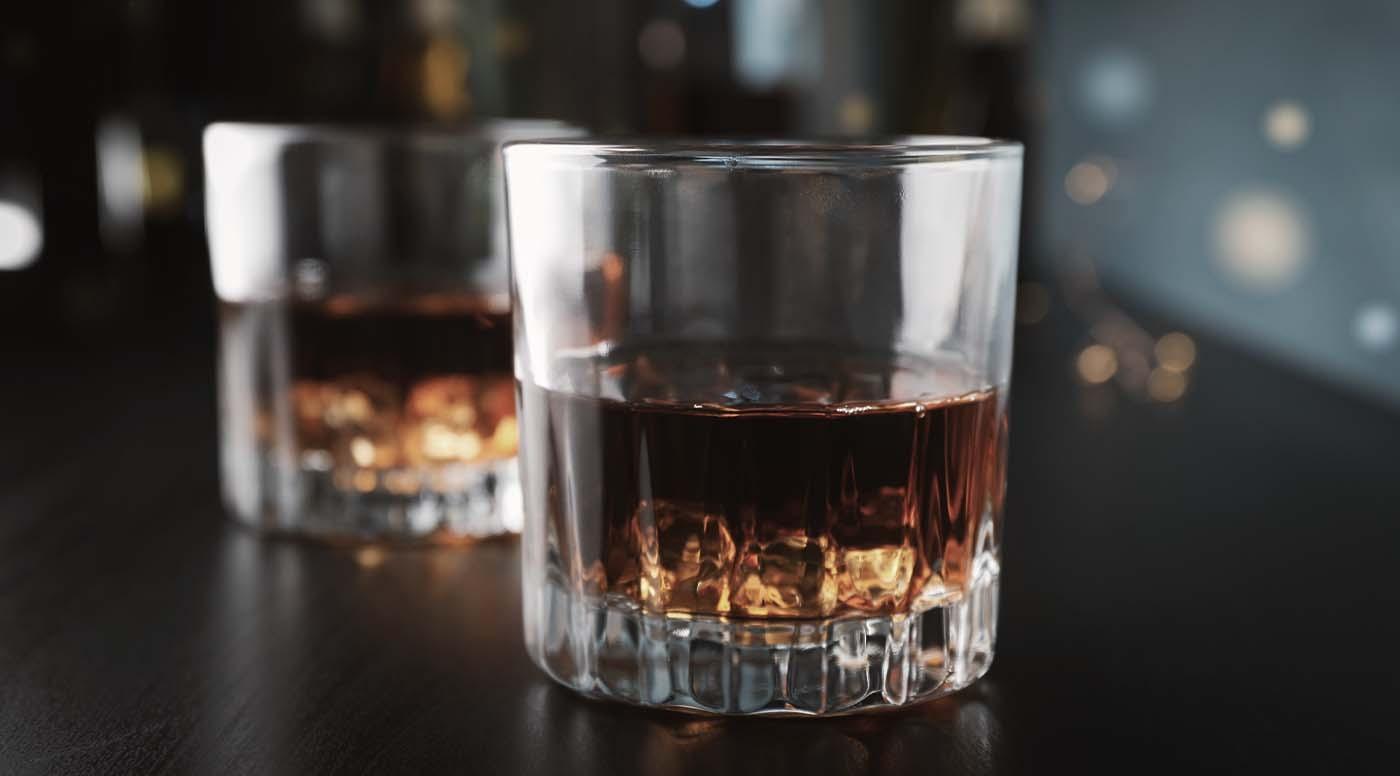 I have two bottles of blended Scotch whisky on my tasting table right now. Both are small sample bottles. Both have an “8” on the label to tell you how old they are.

But the 8 is only half of the age statement on the Johnnie Walker Masters of Flavour 48 Year Old, one of the valedictory whiskies created by longtime Johnnie Walker master blender Jim Beveridge as he transitions to retirement...or at least emeritus status. It’s quite delicious and complex, neither tired nor over oaked, a tribute to his unquestionable skills as a blender.

The other bottle is also blended whisky, with a name that’s been around for almost a century: Islay Mist. Islay Mist is just 8 years old. It’s a young whisky in a market that often brushes aside anything less than 12 years old. It is sealed with a metal screw cap, not a cork.

It’s a fairly simple blend of Laphroaig, Speyside malts and grain whisky. It’s neither complex, nor a “poor man’s Laphroaig” for those looking for a way to get the prized Scotch on the cheap. It has a briny twang to the nose. It’s sweet, nutty/fruity and a bit smokey on the palate, with a nice grip on the finish, but no one’s ever going to call it “complex.”

Reality check time. The 48-year-old Johnnie Walker has a price of $24,000, and there were less than 300 bottles released. You’ll likely never even see a bottle, let alone buy it or taste it. (Once I finish my sample, I doubt I’ll ever taste it again.)

But Islay Mist 8 Year Old? Suggested retail is $26, and you can get as much as you want. My advice to you is to do just that.

Think about it in simple terms of money. The Johnnie Walker is literally a thousand times more expensive than the Islay Mist. You can get a decent steak for the price of a bottle of Islay Mist; what the hell kind of steak would you expect for $24,000?

Steak’s not Scotch, but you get the analogy. A thousand bottles of Islay Mist? As the saying goes, quantity has a quality all its own. To keep it in the family, you could also get about 750 bottles of Johnnie Walker Black, if you’d like to go that route.

Check out the best Scotch under $100


But that’s the other side of the coin, isn’t it? You can get ten McDonald’s cheeseburgers for the price of a decent piece of prime rib, but would you want to? I’d much rather spend fifteen bucks for a good brewpub burger, or spring for the prime rib.

That’s the question at the heart of this. Young Scotch, blended Scotch might be a bargain, but is it worth drinking? Is it good?

Take it from your old pal the whiskey writer, who has had plenty of young and old whiskies: the answer is that you can easily find young single malts and blends that are absolutely worth your time, and your dollars. Glenfiddich and Glenlivet are the best-selling single malts. What sells the most of these two brands? The 12-year-old flagships. Laphroaig, the smoky stuff that powers Islay Mist? Their flagship bottle is a 10-year-old, the same as Ardbeg and Glenmorangie. There’s no age statement on the brutally delicious Glenfarclas 105, but it’s about 8 years old. 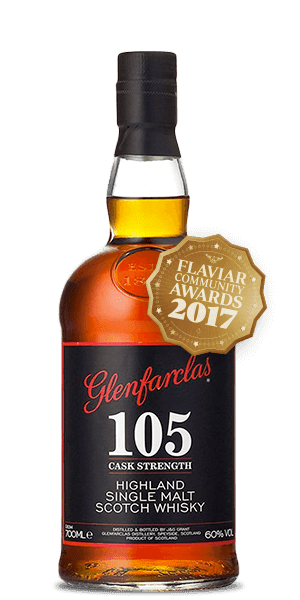 And blends? You absolutely do not have to buy single malts to get great whisky. The Scotch I always have in the house, my go-to at bars with minimal selections: Johnnie Walker Black Label Blended Scotch. Cutty Sark Prohibition is a beautiful 100-proof bottle. Dewar’s 12-year-old rewards sipping as well as mixing. Monkey Shoulder is a blend of all malts, and very nice indeed for the price.

Everyone talks about drinking ancient single malts—20, 30, 40 years old! Even if you can find them, and afford them, do you really want to be knocking back $20 worth of whisky every time you take a sip? That’s not realistic.

When I want to build a highball, I don’t want to be thinking about the cost of each refreshing sip. Blends were created for this, for carefree drinking, but with solid enjoyment. And how rich will it feel
to mix up a Scotch Old-Fashioned with a 10-year-old single malt?

What makes it feel so decadent is that we’ve been sold the idea that “older is better” for the past 30 years. Mostly, older is older, older is rarer, and sometimes older is not better. What really matters is flavor.

The most important person in making Scotch isn’t the farmer, the brewer, the distiller or the warehouse manager. It’s the blender, the person who is selecting the many different barrels of several different whiskies that will come together to consistently create a conceived blend. That’s the height of the art of whisky making.

The blender is also the person who pulls the barrels to blend single malts. Your 8-year-old, 10-year-old or 12-year-old single malt may well have older whisky in the bottle. The age statement merely says how old the youngest whisky is in the bottle. In a no-age-statement malt, it’s all about flavor. It’s the blender’s job to make the call on what barrels go in the next bottling batch, and bring out the same flavor as the last one.

So here’s a secret to that job: barrels are inconsistent and so are warehouses. They may all make good whisky, but it’s not identically good whisky. If that weren’t so, the blender’s job would be much easier. The blender has to nose them, and see where they are, and make that decision.

What is consistent in blending Scotch? The flavor and aroma of the spirit, the distillery “character.” That’s what makes one distillery’s whisky really different from another’s (well, along with warehouse and wood management). And the best way to taste distillery character is in younger whiskies, once the wood has had time to take off the rough edges, but before it takes over and obscures that character.

Check out the best Scotch under $50


Do you really like peat? Get a 10-year-old bottle of island bonfire. Do you really like the nutty, fruity flavor of single malt spirit? Get a 12-year-old Speyside before it’s hidden behind waxy layers of sherry wood or the vanilla wall of ex-bourbon barrels.

The blenders know this well. Many of them truly enjoy their younger expressions better than the old ones. Think about it; you can get sherry and bourbon character in any Scotch whisky, but you can really taste the character of the whisky in the younger distillery expressions.

Likewise, you can get a great older blended whisky, and you’ll pay for it. You should; it’s a testament to the blender’s art and will be made from ancient stocks. But a well-made younger blend can be rewarding, too. The quality of quantity: a Scotch on the rocks that you don’t have to think about, but just enjoy—and then enjoy some more of.

Remember, it’s always what you like that matters and the more you know, the more you’ll know what it is that you really like.

Lew Bryson has been writing about beer and spirits since 1995. He was managing editor of Whisky Advocate magazine from 1996 through 2015, and a Senior Drinks Writer for the Daily Beast from 2017 through 2022.