A Flaviar Year In Review: The Bright Side of 2020 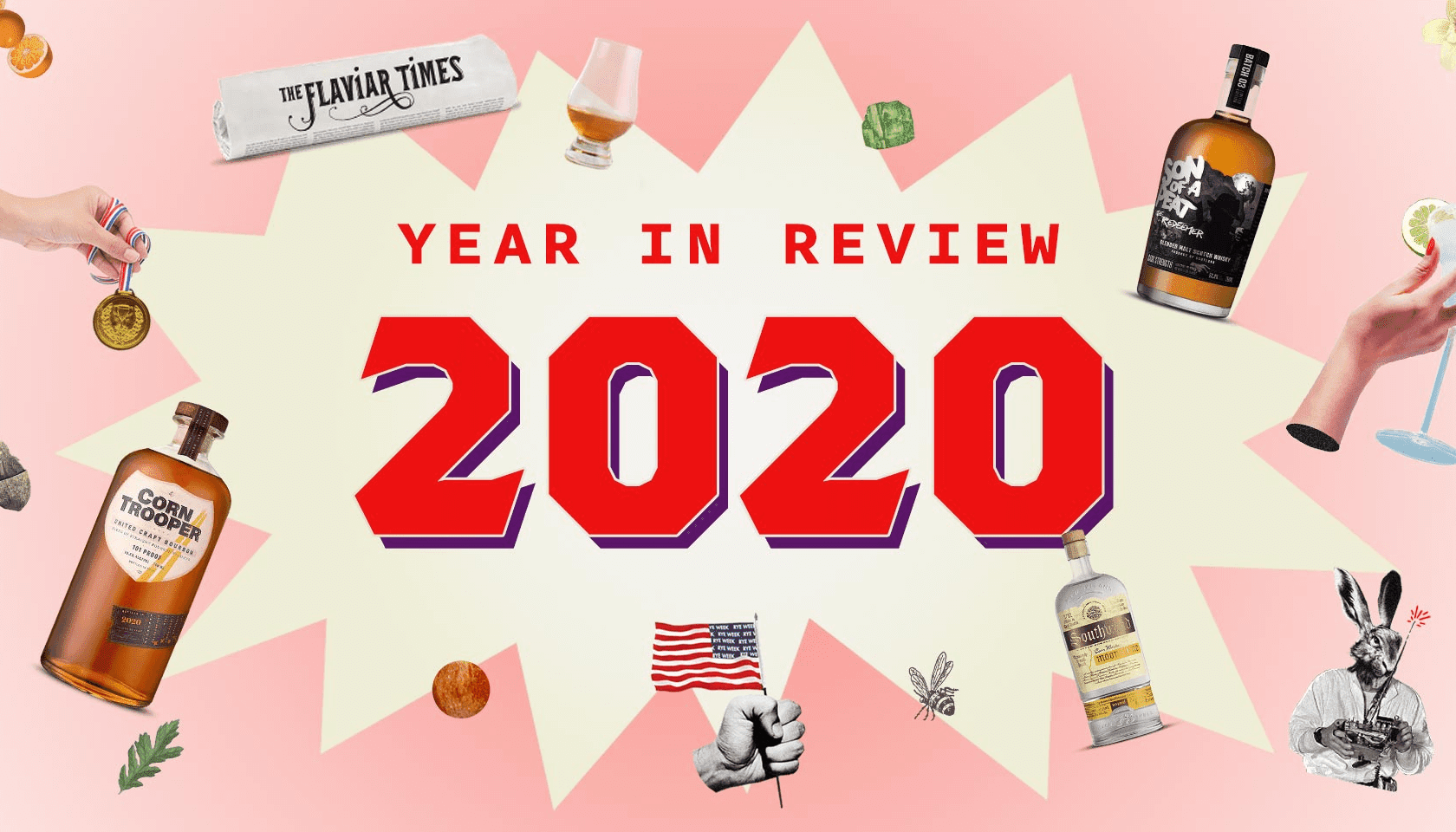 It was a year of WTF, but let’s recap the nicer ABV side of 2020, shall we? Everyone’s been saying 2020 was “unprecedented,” but let’s call a spade a shovel: it was a dumpster fire of a year. We’re not here to depress you, though - our job is to lift your spirit! So, let’s look on the bright side of twenty-twenty and find awesome stuff we’re grateful for.
First of all, we’re grateful for our incredible Community - those who stuck with us and those who joined the Flaviar Family this year. We hope we made it a little less crappy, so here’s one to you, Flaviaristas.

We’re proud to say this very Community can start 2021 as a bunch of holders of an official Guinness World Record!

3,594 beautiful Spirits lovers turned up on December 3 and helped us set a record with the biggest livestream toast. Pat yourselves on the back, you were glorious, and yes, you can add this achievement to your CV. If you missed the event, you can watch it below. The spirit of Dean Martin was there!
Another achievement that involved a live virtual gathering of Flaviar Members was the creation of WhistlePig Whiskey Homestock. See, when everyone was perfecting their sourdough bread recipe or went full Mad Max on toilet paper, we teamed up with WhistlePig and crowdblended a quarantine Whiskey.
The at-home Master Blenders that joined the project got nifty blending kits, and when they found the perfect ratio of rye, wheat, and barley, they submitted their recipe. The winning blend (45% rye, 30% wheat, 25% barley) was chosen at the live virtual blending/tasting event, and voila, a brand new WP expression! Blended together while apart. The campaign was the runner-up for Best New Marketing Campaign at the 2020 Spirits Business Awards. Also, “campaign” is a funny word. Just look at it.

An abundance of Flaviar Originals

The next milestone makes us so proud we hear bald eagles when we talk about it: Corn Trooper! It’s a dream come true as we wanted to create our own Bourbon from the get-go. Corn Trooper is a delightful blend of seven Straight Bourbons from seven American craft distillers, and it’s a road trip in a bottle. A must-have for every Bourbon lover.
Speaking of Flaviar Originals, 2020 was a fruitful year. In addition to Corn Trooper, we launched HaiBall, a carefully-crafted hard seltzer for Whisky lovers, while a couple of fan favorites returned with bigger and better sequels: Frérot Extra, a lavish Cognac from the Grande Champagne, and Son of a Peat Batch 03, a cask strength addition to the smoky series. And let’s not forget Southwind Moonshine, the hooch with a fascinating story of traveling down the Mississippi River, meeting the locals, gathering 42 sorts of corn, and turning that corn into booze. 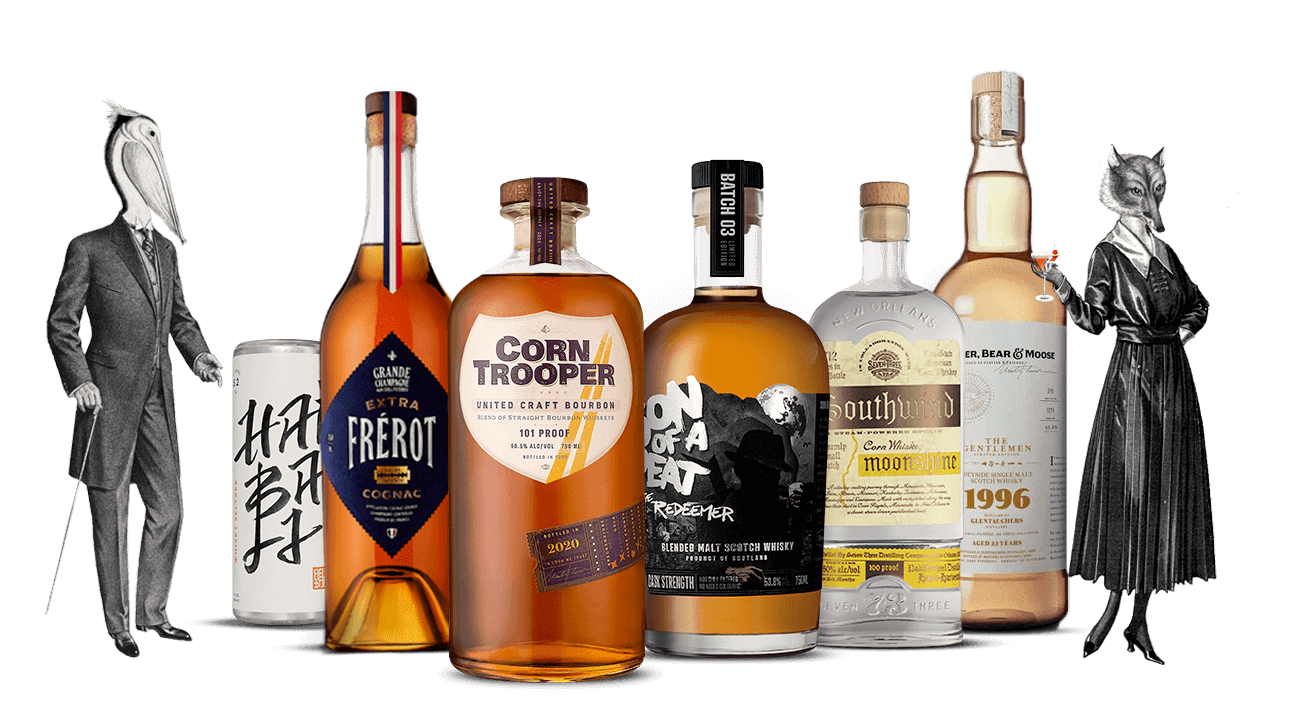 All DBM releases are superb, but the January one was extra glamorous. It was released in collaboration with the high-octane Guy Ritchie blockbuster The Gentlemen, and to make it even swankier, we hosted a couple of private screenings for our Members. You know, when we could still go to the cinema.
The bountiful booze bonanza didn’t stop there. We released as many as nine collabs with some of the coolest brands out there, including Eagle Rare 10 Flaviar Single Barrel Selection, Highland Park 12 YO Flaviar Edition 2020, 1792 Full Proof Single Barrel Select, and Westward Pinot Noir Cask Finish Flaviar Blend. Now, who has all of them? Your place at seven? We’ll be there!
We also curated a bunch of new-themed Tasting Boxes in 2020, including the special Flaviar Awards 2020 box, and two supersized tasting kits: The Flaviar Advent Calendar with 24 samples of Whiskies and The Spirits Exploration Kit that explores all major Spirits categories with two dozens of vials.
By the way, if you love Frérot and Shakmat, you have an officially sophisticated palate. Shakmat won a silver medal at the International Wine & Spirit Competition 2020, while Frérot XO won gold, and Frérot Extra made it to the Top 100 spirits of 2020 in the Wine Enthusiast magazine. Bra-vo!

Each year, Flaviar Members gather in New York for an evening of Craft Spirits Celebration, but we had to move the eighth get-together online. So, we made it bigger and month-long. Plus, more people could attend, and pants weren’t mandatory. 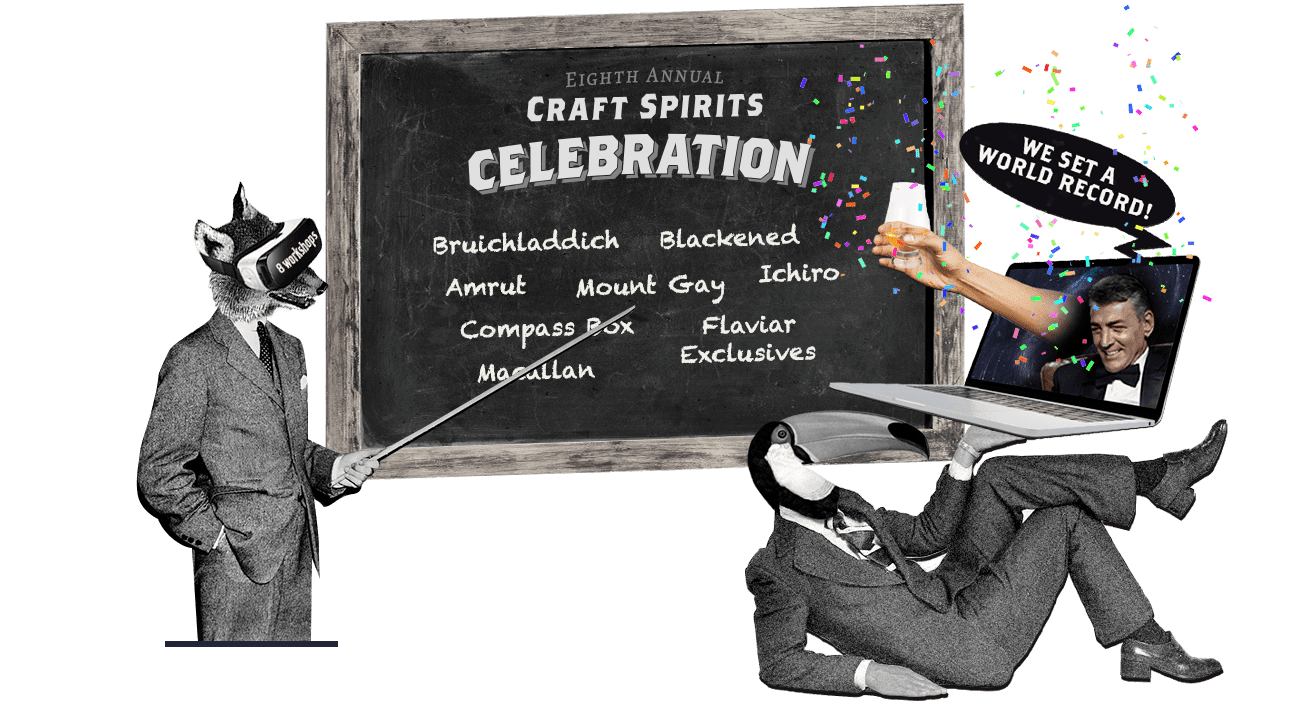 We hosted eight virtual workshops with Macallan, Amrut, Bruichladdich, Blackened, Mount Gay, Ichiro's, Compass Box, plus one of our own. The celebration, which started on November 9, concluded with the biggest live stream toast. Yeah, we’re not doing this chronologically. What is time anyway?

Finding our inner Hearsts and Gutenbergs

Since everyone had to stay home and be responsible, and Tiger King only has a finite number of episodes, we amped up our edutaining content production. First, we teamed up with Dan “The Imbiber” Dunn and started The NightCap Live, a live show with celebs talking and tasting booze.

Then, we launched FNews, a bi-weekly recap of all things Flaviar. They’re short and fun, perfect for the social media attention span. And before you say anything, the ‘F’ stands for Flaviar, not fake. In fact, in these times of uncertainty, we’re the one media outlet you can always trust. 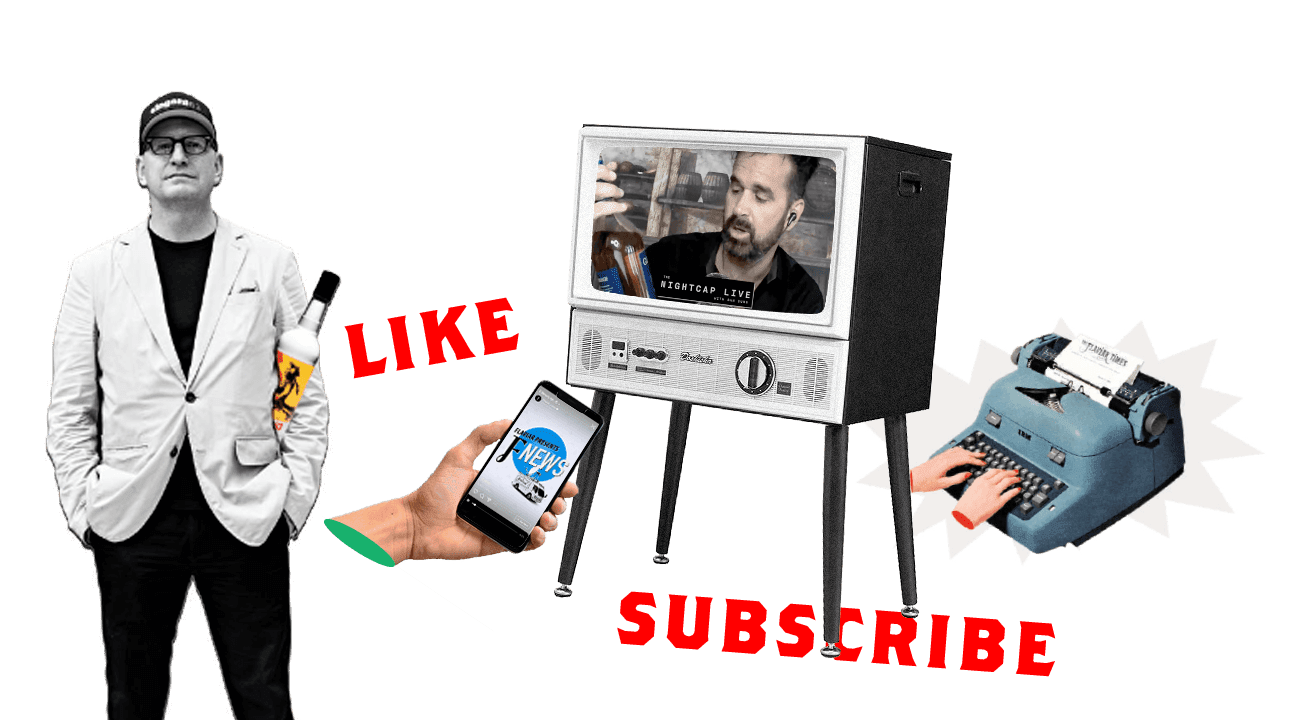 The rumor has it that the printed media is the next big thing, so we bought ourselves a printing press, and published our very own magazine. Exciting, we know! It’s called The Flaviar Times and it’s chock-full of articles, it has interviews (with Steven Soderbergh and James Bond!), and a crossword. It also comes with a two-side poster, and it smells great. What? Even Karl Lagerfeld said freshly printed matter smells the best. There’s even perfume.

We were just launching a new exciting offline benefit for our Members in February before the global pandemic rudely interrupted us. The plan was to establish cozy havens across the States for Flaviaristas to log off and have an exclusive tipple. 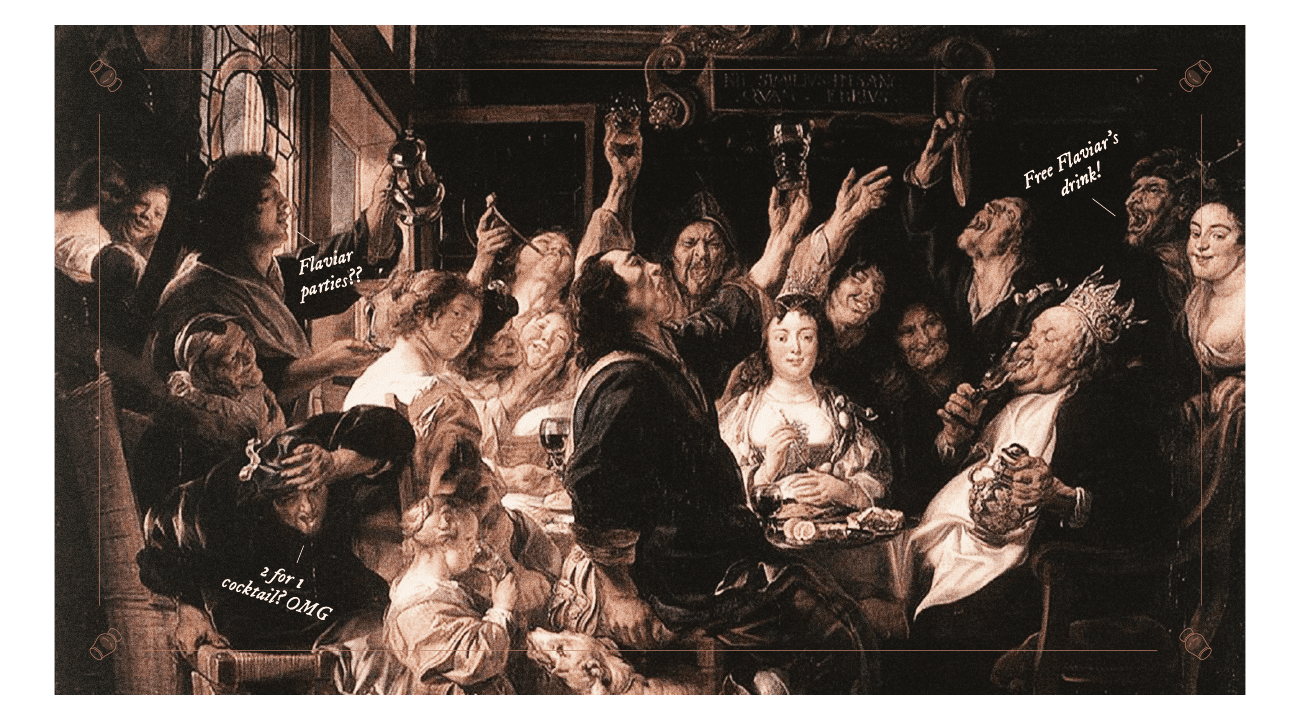 Luckily, some Members got a taste of what we have planned at a handful of events we managed to launch, and they loved it. The moment things go back to normal, we’re picking this right back. Get your Flaviar Passports ready!

Pestilence or no pestilence, our Vault opens its heavy door every month, offering our Members the rarest, most sought-after gems out there. 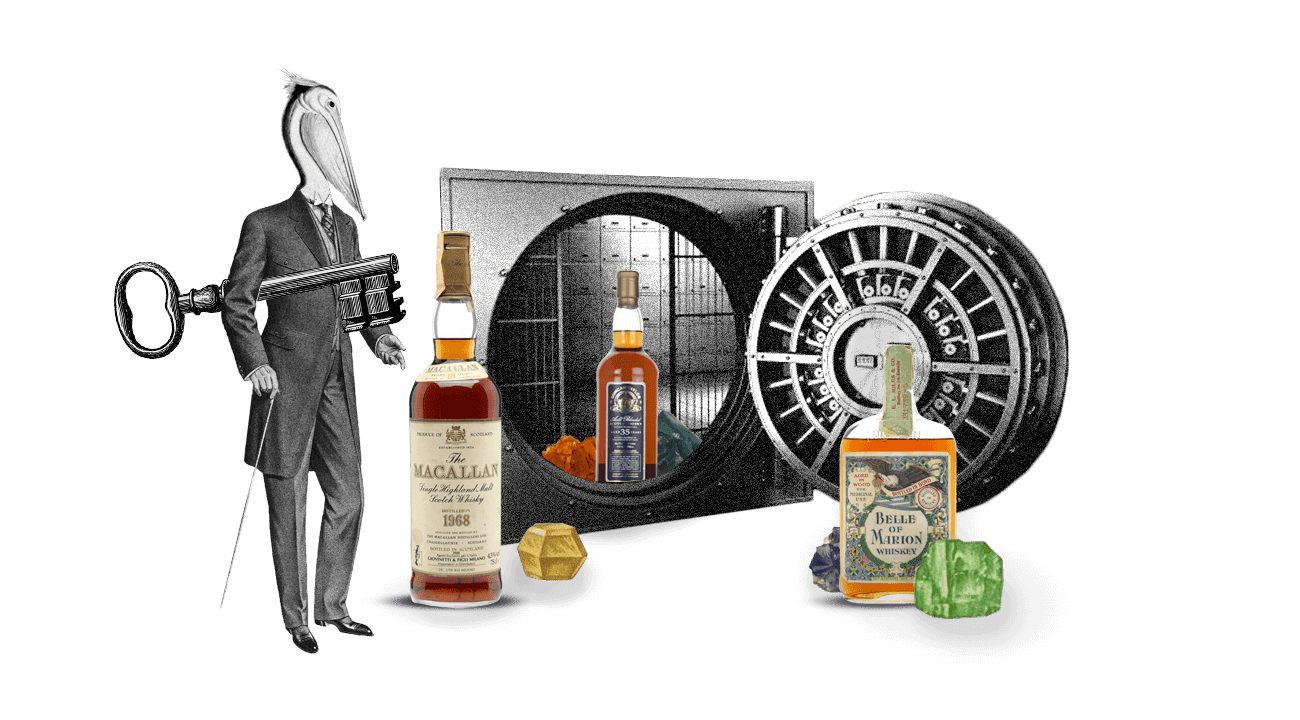 In 2020, the three snazziest bottles found in the Vault were Brora 1975 Rare Malt 20 Year Old, Belle of Marion Whiskey 1914 Bottled in Bond, and Macallan 1968 Duncan Taylor 35 Year Old. We’re talking the Rolls Royces among the Spirits here. Oh, and do forgive the bad pun in the title. One has to find joy in small things these days.

The Merchandise Team really put on the afterburners in two-oh-two-oh and added some ritzy items, including Flaviar face masks, spirited T-Shirts and sweaters, and even le freaking beret cap. 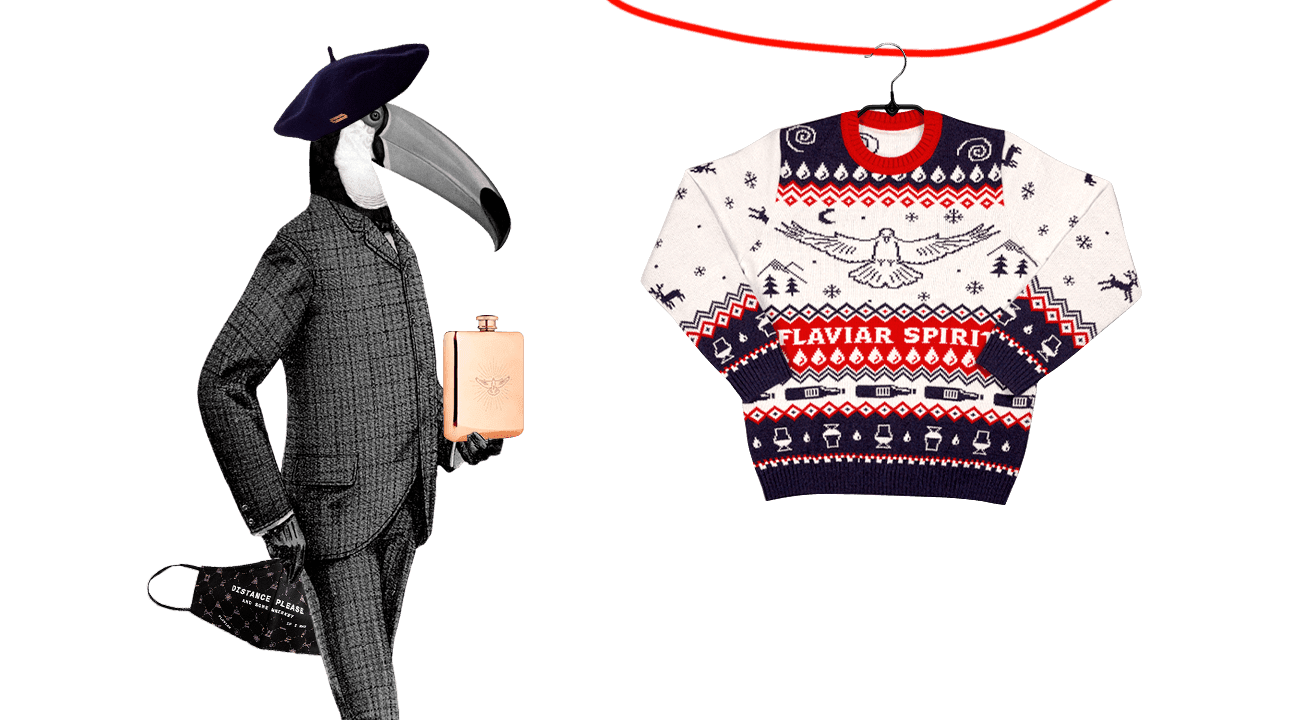 No writer’s block in this house

Our scribes have been furiously wielding their quills, producing 128 articles for The Flaviar Times (the online edition), including a dozen of People Who Live for the Flavor profiles, and twenty Curious 11 interviews. 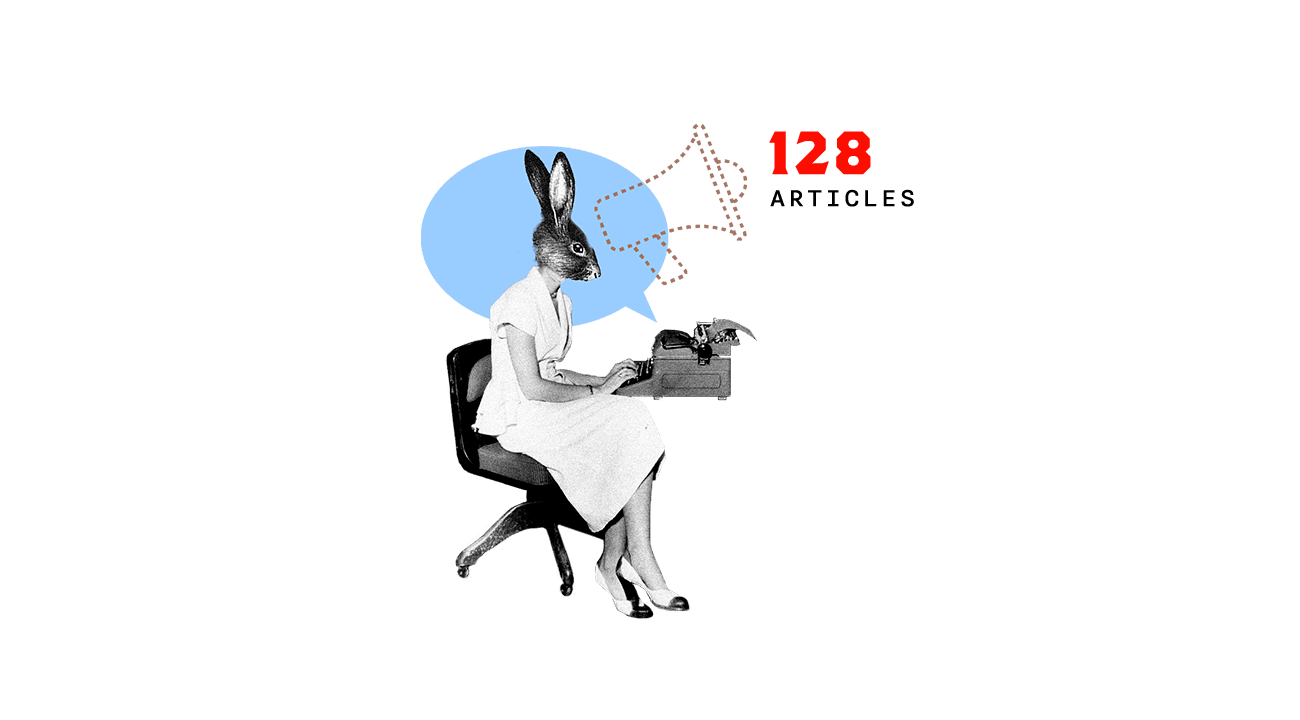 “What are the top five stories?” we hear someone ask conveniently. The one that tells you how to make your own sanitizer, the one that shows you how Gin is made, the one that checks how ABV is measured, the cheat sheet to Scottish Whisky regions, and the list of Bourbon-based gifts. Now, excuse me while we burrito ourselves into a blanket and read all of them.

The wonderful Flaviar Community loves to rate and review, which comes in handy if you’re skeptical about our raving blurbs and want to double-check if a dram is any good. 31,299 reviews and 194,825 ratings have been submitted this year, ladies and gentlemen. 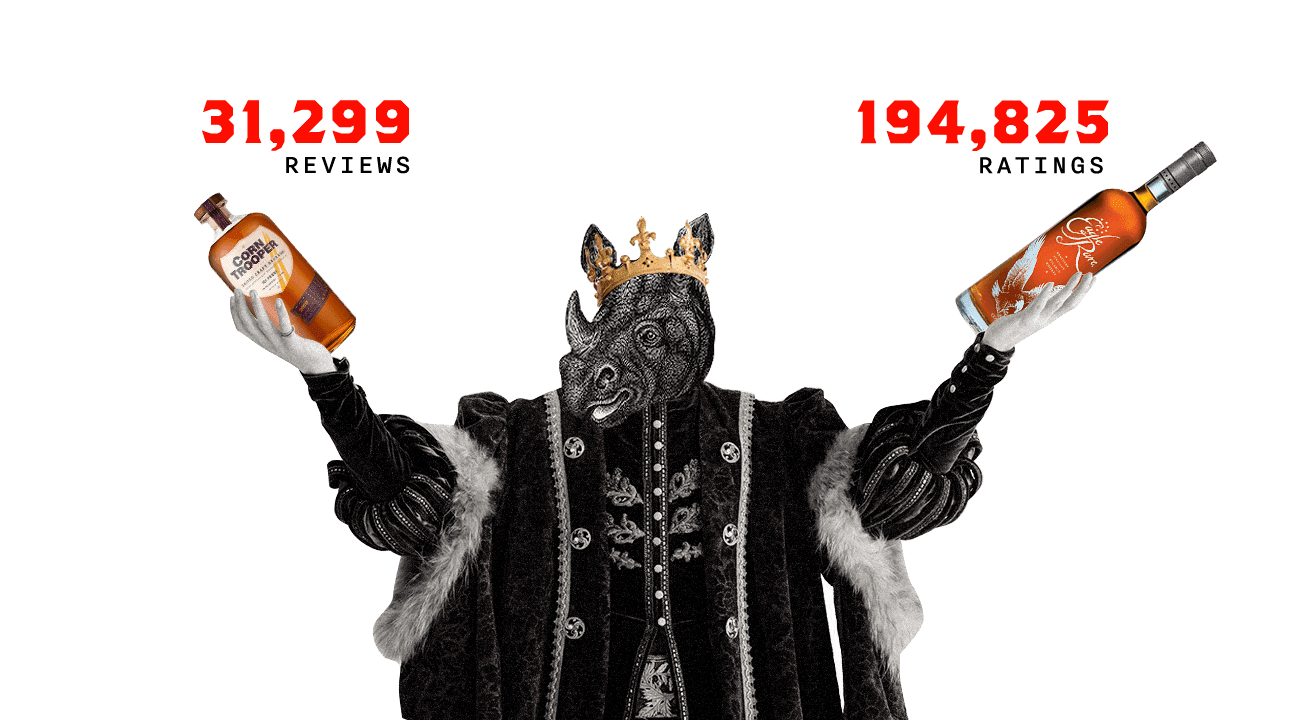 The most beloved bottles were Buffalo Trace Bourbon, Corn Trooper, Blanton’s Original, Hercules Mulligan, and WhistlePig Homestock. Bourbon was the king of 2020.
Last year, we concluded the review certain that 2020 was going to be even better than 2019. Well, we’ve learned our lesson, so to avoid jinxing it, we’ll just say: may 2021 be a precedented year.

Happy new year and take care of each other. Cheers!