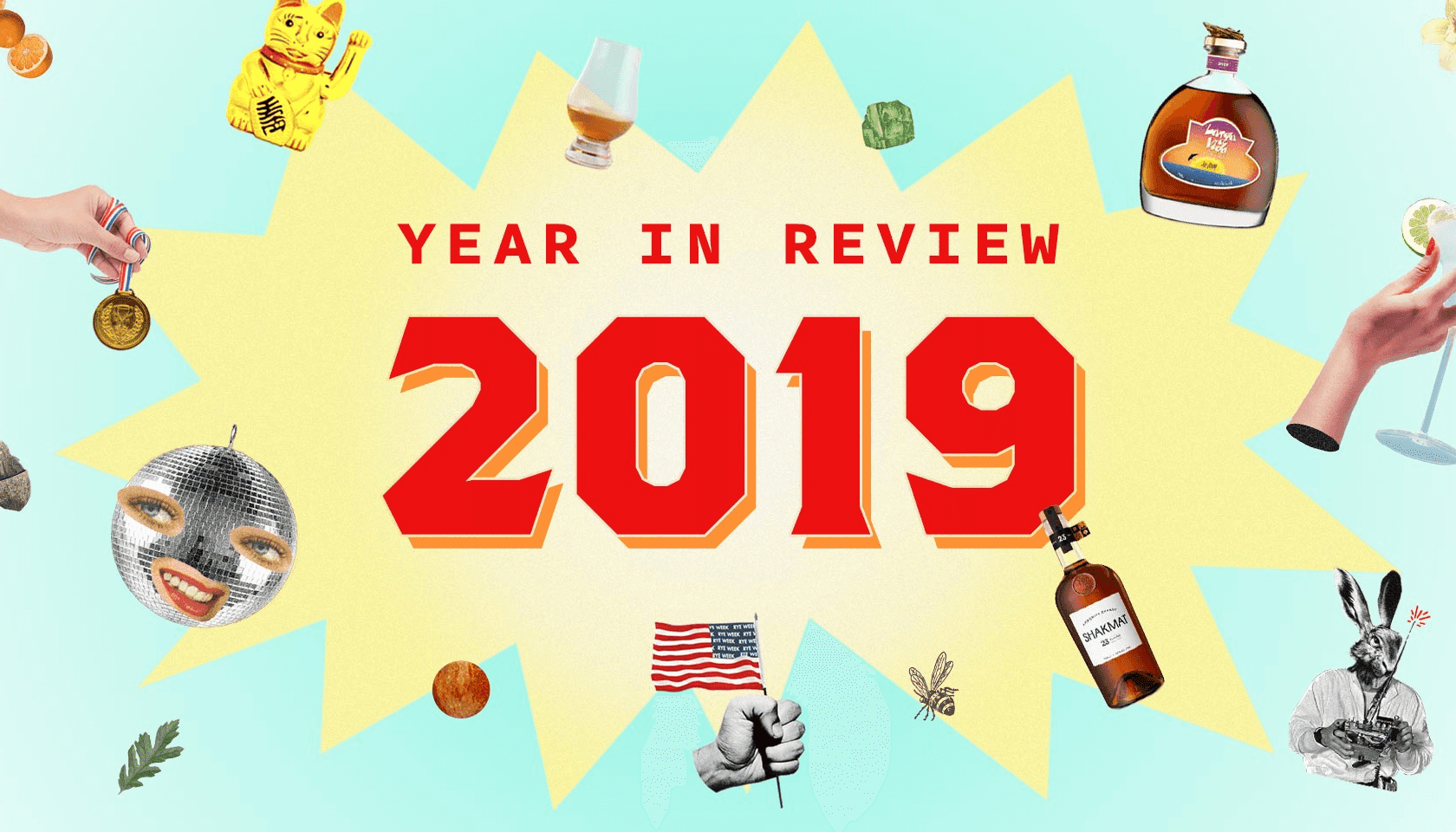 Year 2019 was the year that bookended the twenty-tens (The Tenties?) and if we channel our inner Sinatra, it was a very good year. Lots of great things happened, so let's kick off the new year by admiring the previous one.

One of the coolest things we did last year was upgrading our Membership. We went full Tony Stark on it, tore it apart, upgraded every part, and created Mark II. It now has better value, new perks, more live events, and private releases. 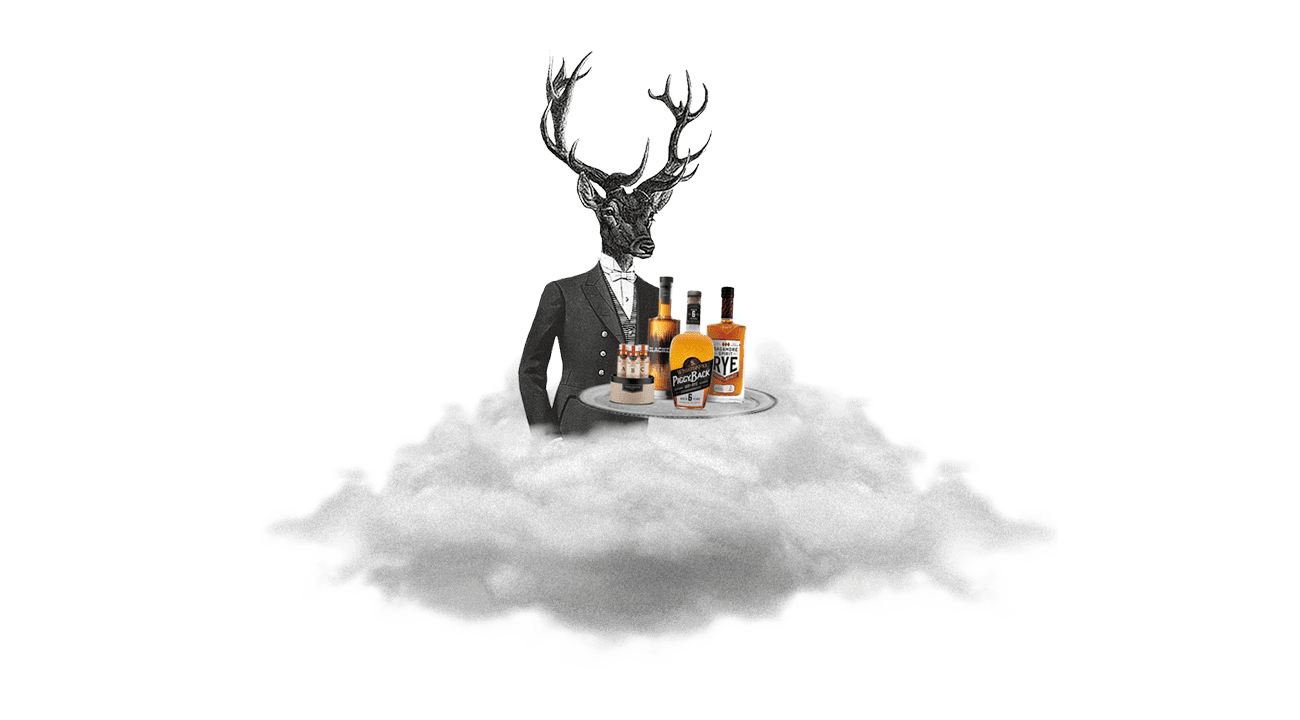 The best perk, though? Flaviaristas now get to pick a full-size bottle each quarter in addition to a Tasting Box. Granted, lasers are not included, but we're working on it.

A deluge of daring and delicious Flaviar Originals

Our mysterious badass Son of a Peat introduced us to his peatier twin brother, while Larga Vida's 2019 Edition added an extra Rum to the mix, becoming what it always strived to be: summer in a bottle. We also wrote the second chapter to the exciting story of Shakmat, our own Armenian Brandy. 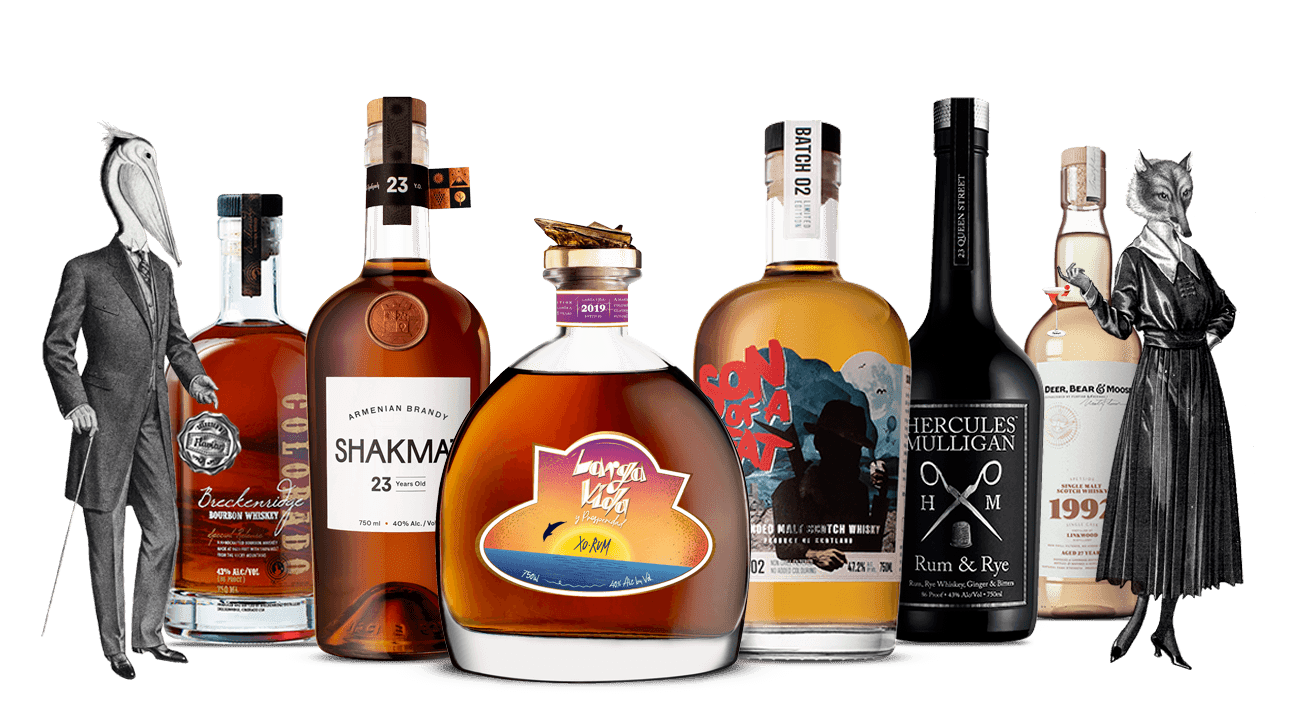 In 2019, we sought special talents in order to create something unique twice. First, a handful of Flaviar Members gathered at Breckenridge for a blending match and created Breckenridge Flaviar Blend 2019, a bona fide blockbuster.

Then, we flew four James Beard Award-nominated chefs to the WhistlePig farm in Vermont and let their creativity loose. They came up with a gastronomical tour de force we named Chef's Blend 2019. Imagine the sheer palate power and experience distilled in this juice!

Tasting is believing, and our Members did a lot of both last year. In addition to the epic tasting party in Manhattan (more about that later), they blended and tasted with Breckenridge and Sagamore; they joined us in 8 cities at 8 summer minglings; they celebrated excellence at two WhiskyX events, and they got to pair Chef’s Blend at four exclusive dinners organized by four amazing chefs. 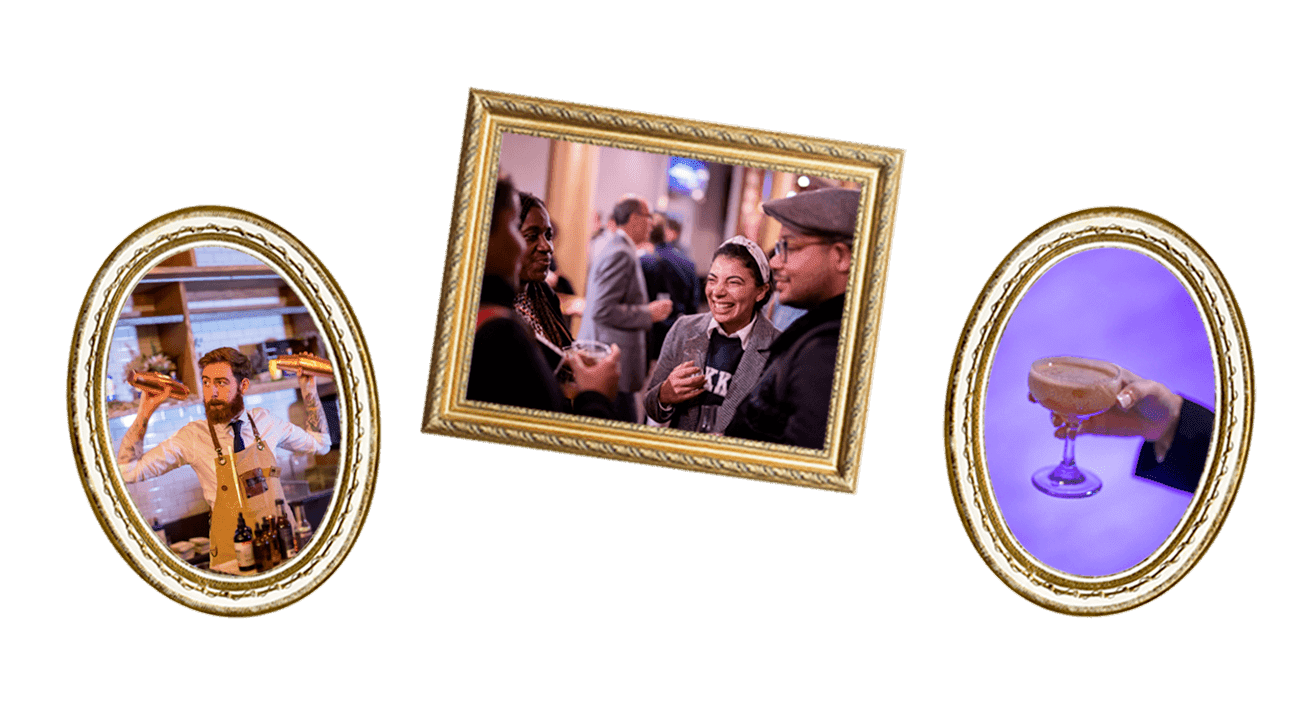 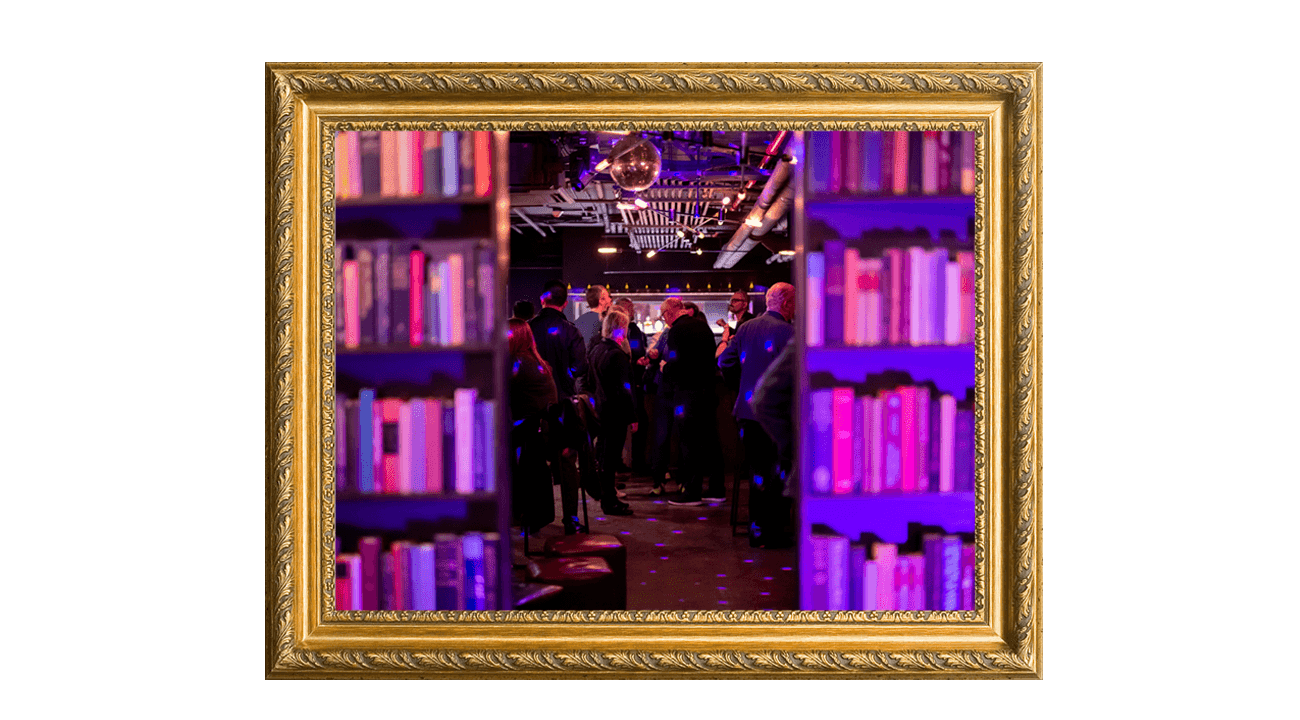 Over 40 brands presented more than a hundred Spirits to 1,200 Flaviaristas and their Plus Ones. There were also fun and informative workshops by D'Aincourt and Michter's for the inquisitive dram nerds. And did we mention it was all completely free for our Members?

The insanely good Chef's Blend we mentioned above? Yeah, it didn't stop with releasing the Spirit. Each chef presented it on their respective dinner where they paired the Blend with their culinary specialties. 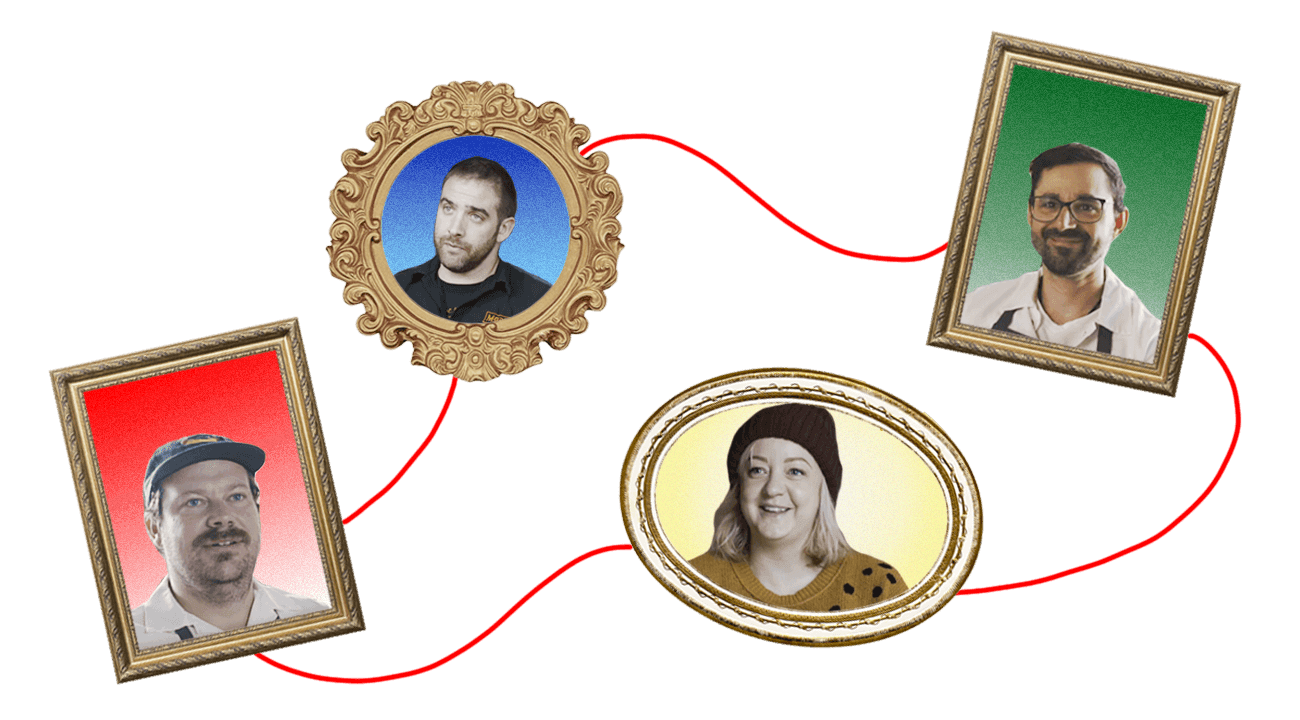 Just writing about it is mouth-watering!

The chamber of infinite riches

Our Vault that we open once a month probably isn't a well-kept secret anymore and it's likely you already know that it contains countless gems and rarities. 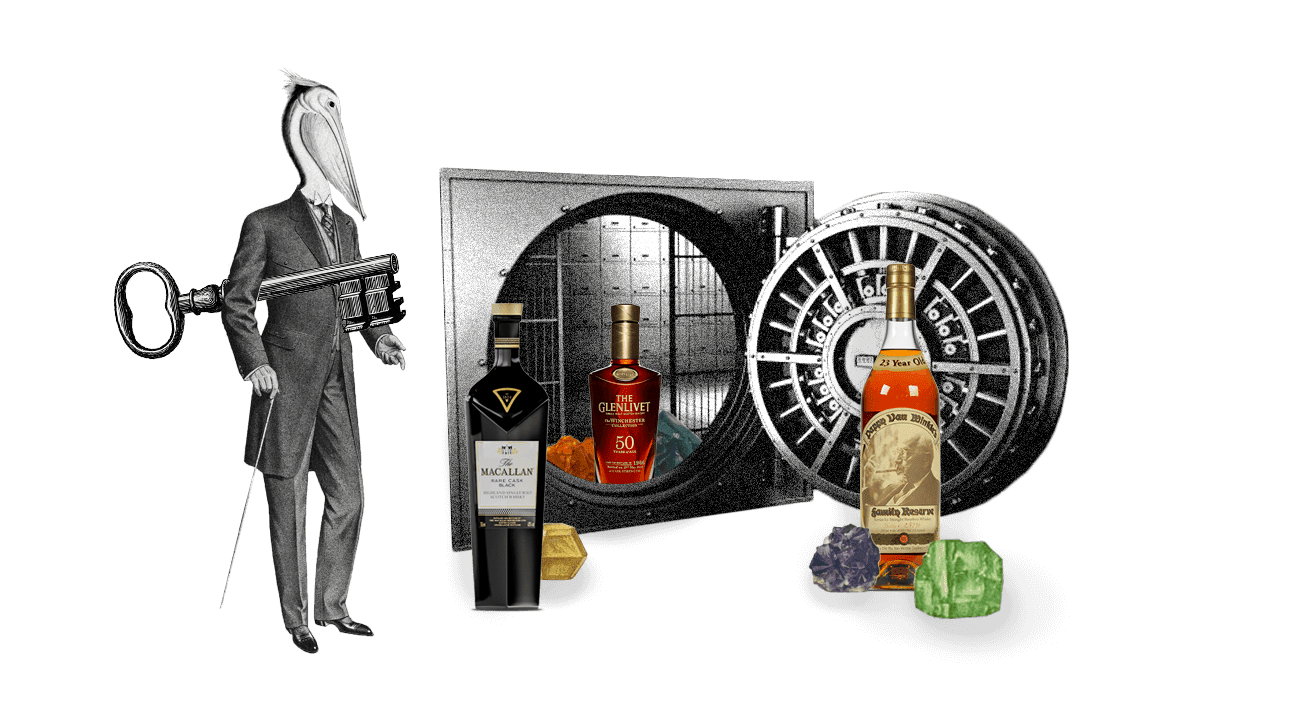 In 2019, the safe of superior Spirits introduced hundreds of rare drams to our Members, including The Glenlivet Scotch Single Malt 1966, Pappy 23 Year Old, and Macallan M Black.

If such delicacies are up your alley, keep an eye on those heavy gates of The Vault. We'll ping you when they open. 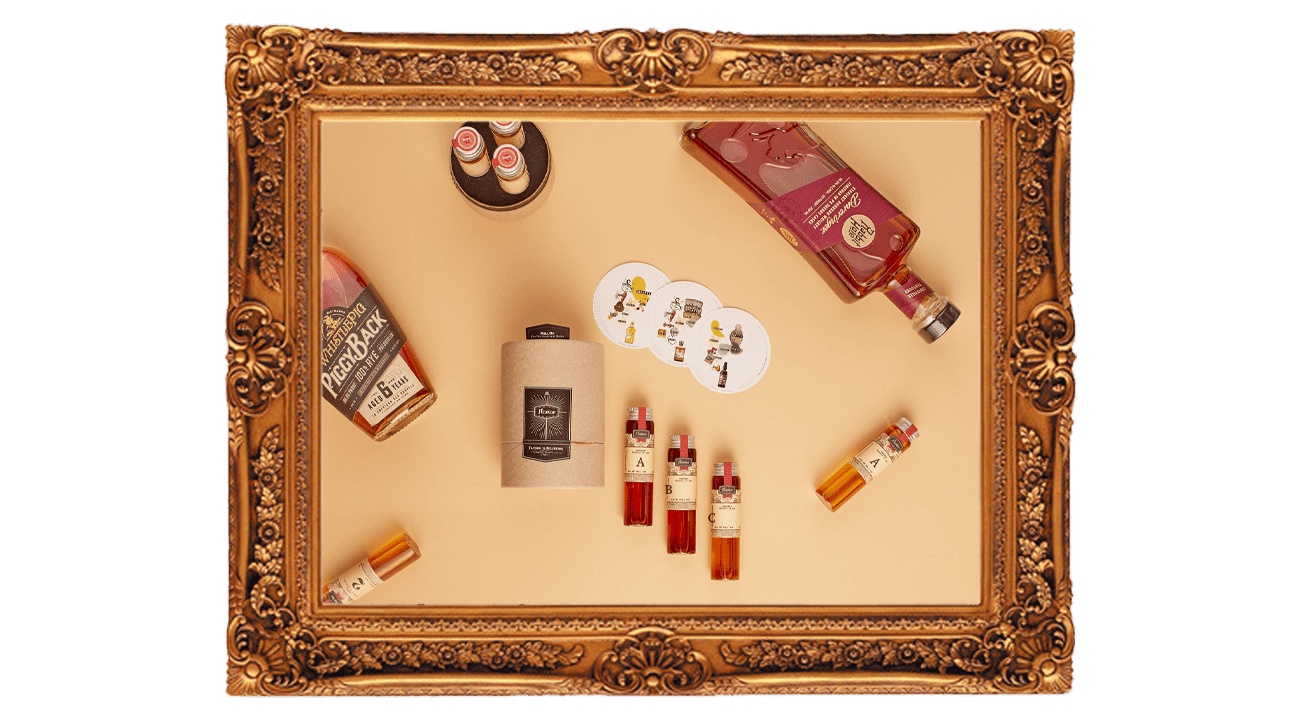 Last Christmas, we pranked you so hard

Speaking of Holiday season, Flaviar Membership is always a good gift idea, no matter the occasion. Last Christmas, however, we prepared a special original-prankster gift we dubbed the Half-Assed Collection. The idea was you get your pal an ugly basic gift such as a mug or a pair of socks, but surprise, surprise: there was also a promo code that made them our Member!

We even had a booth in New York where we tried to persuade people to buy a $300 mug. Check the video below and see how that went.

If you were an ancient Roman, you'd celebrate the year 2772 last year, which has nothing to do with our Themed Weeks. There were four of them and we devoted all our attention to four particular Spirit categories: Japanese Whiskey, Rum, Rye Whiskey, and Scotch. That, however, doesn't mean we're not celebrating all the Spirits all the time. 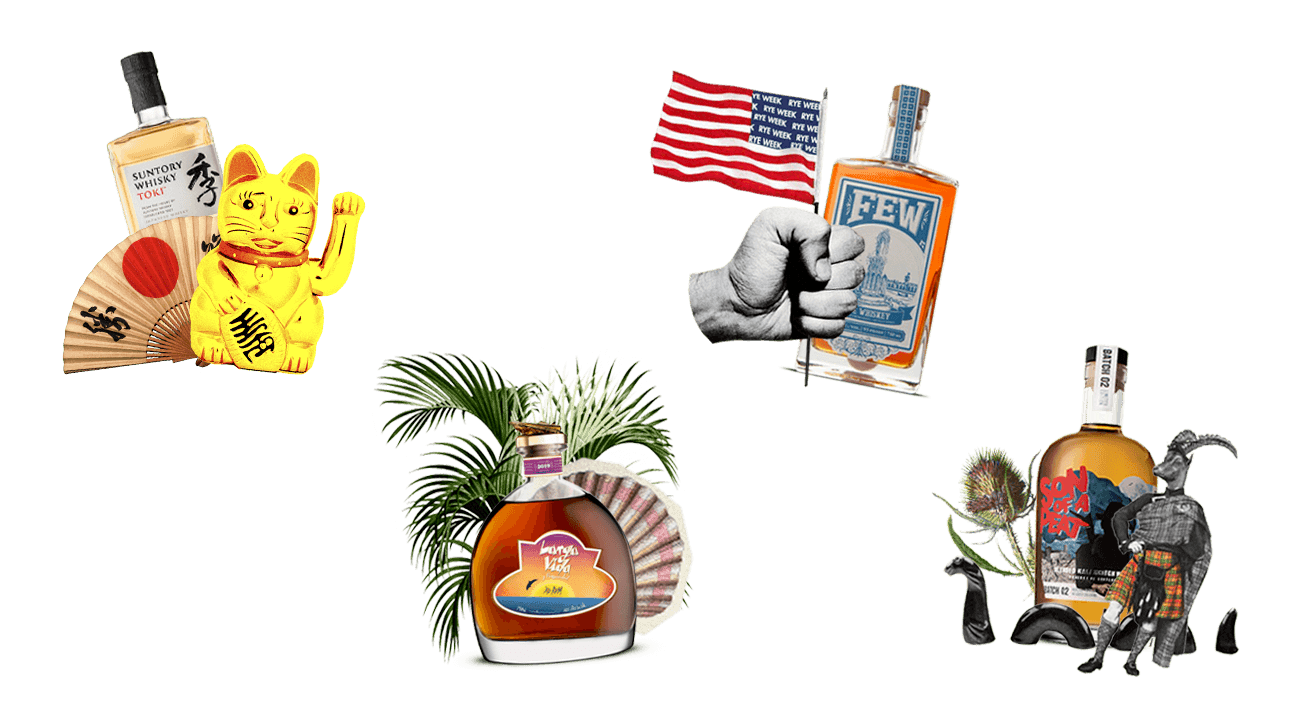 If you paid attention while reading the first item on this list, you noticed that we've added a new perk to our Membership: Distillery Tours. 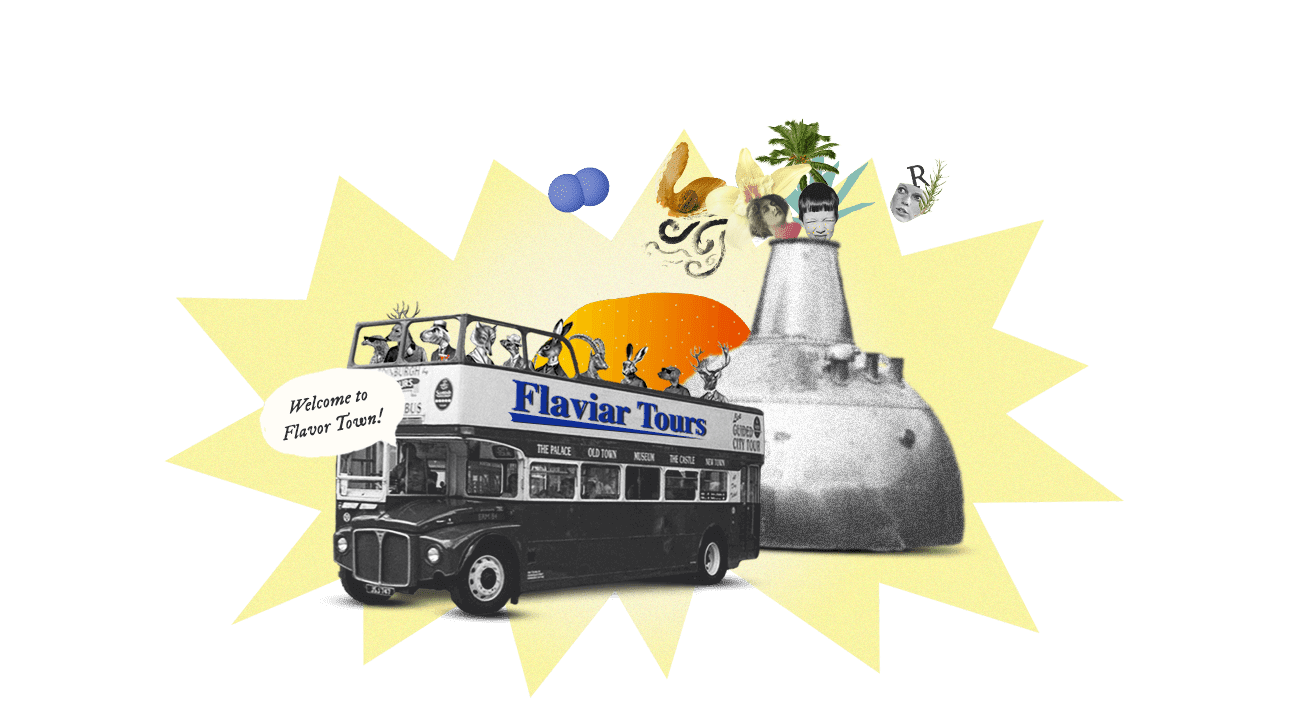 We've pulled some strings and made it possible for Flaviar Members to peek behind the curtain of certain distilleries around the world. Flaviaristas get to see how the juices are made, meet the makers, get special pricing, and perhaps grab a goodie bag.

We made declaring your love for Spirits easier by adding a bunch of new items to our Merch Store and brought back one of the old favorites. 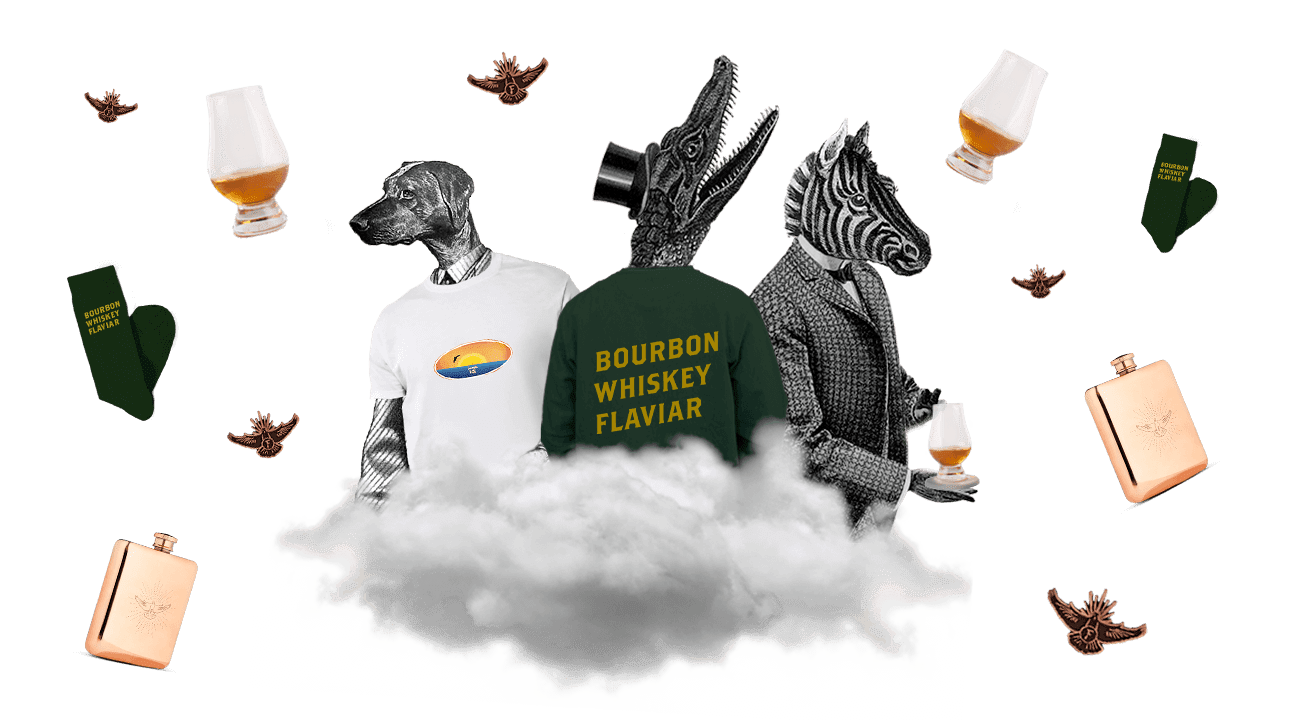 In addition to the good old Flaviar pins, first-class glassware, and Steve-McQueen-level-cool coasters, we now have snazzy Flaviar socks and sweaters, rumarkably summery Larga Vida towels and T-shirts, and the beloved Flaviar Flask.

Our blog The Flaviar Times (the very thing you’re reading right now) got quite fatter over the previous year. We’re not body shaming, we love it that way.

Exactly 139 articles were posted and what you liked the most was the list of dynamite gifts for lovers of Bourbon, and Whisky-based presents that last longer than just a simple bottle. You also learned how to stay warm with Bourbon & Rye, and how to survive a Whisky event. 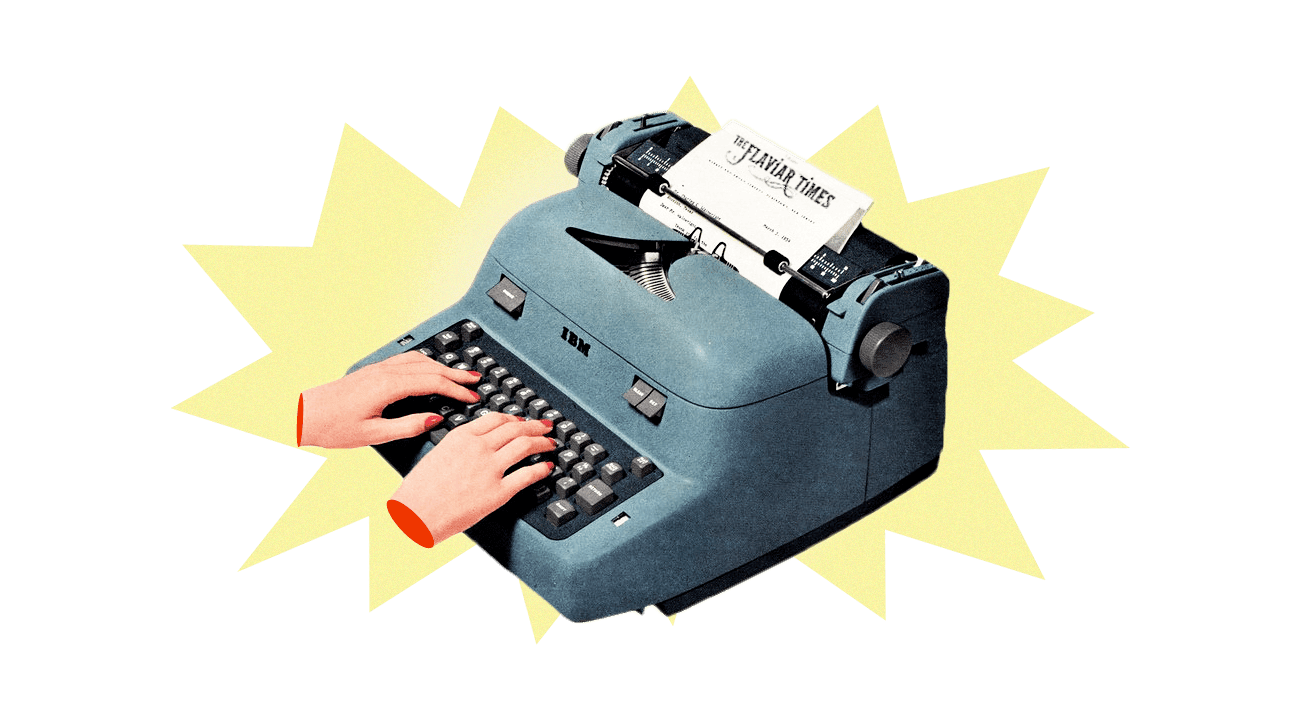 A lot of you then wondered which Rye Whiskey to buy, and found out the answer on our blog.

If we said that last year was great for our Tubes, it would be an understatement. We published 61 videos and launched three new Flaviar Original Series: Boozy City Guides, Spirits of Innovation, United Nations of Booze. We covered everything from the history of your favorite Spirits categories to what certain nations drink. 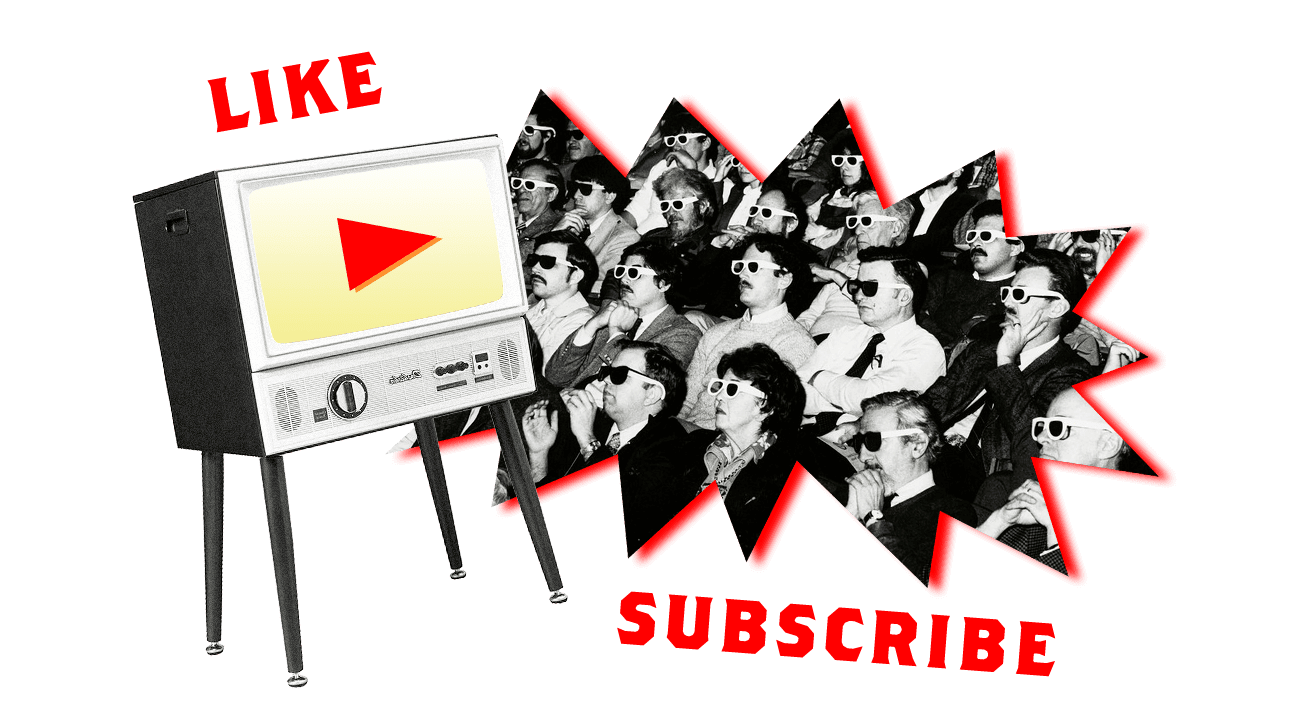 If this is the first time you heard about our YouTube channel, do clickety-click there and subscribe. No pressure, but our office puppy will be sad if you don’t.

2019 AD was also awesome for our large family and it all comes down to you, dear Members. You posted over 16 thousand reviews and almost 109 thousand ratings. And not in vain: your palates and opinions will lead other aficionados to amazing new flavors and steer them away from those of questionable quality. 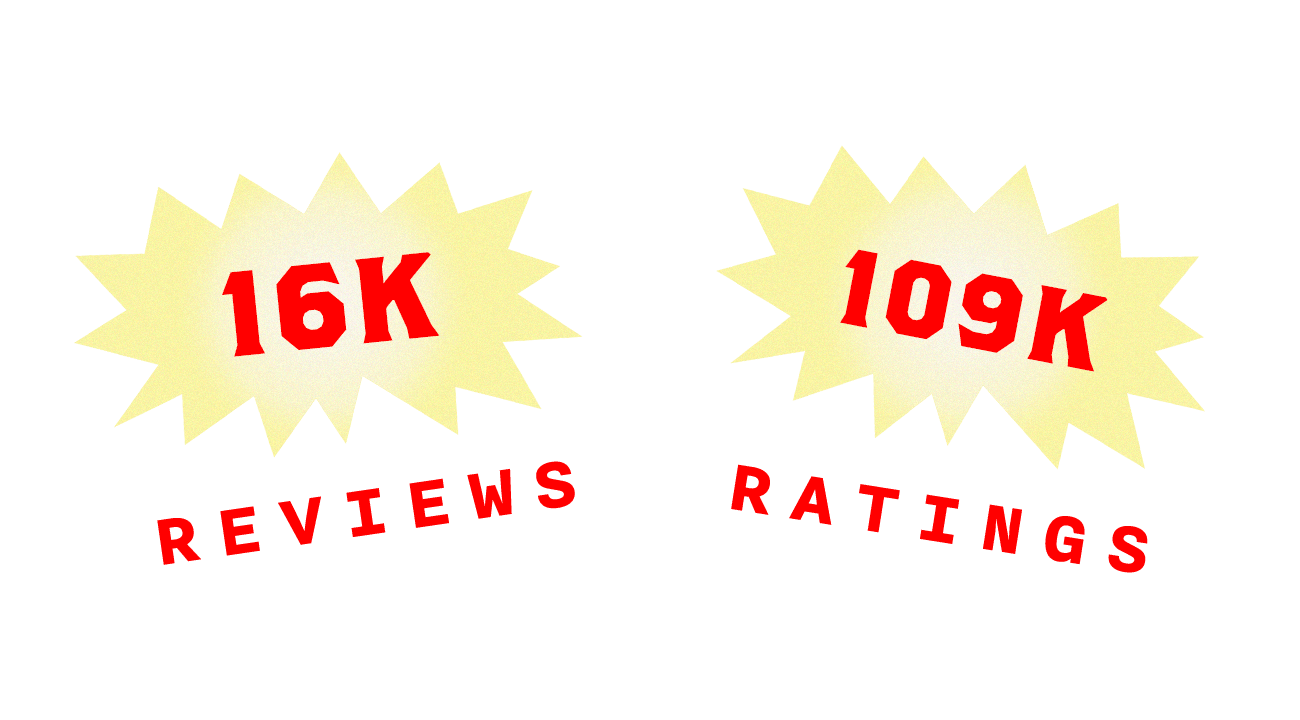 Speaking of the second coming of Son of a Peat, our peaty blockbuster won two shiny awards in 2019! First, the S.O.P. won a gold medal at San Francisco World Spirits Competition, where it received 996 points. 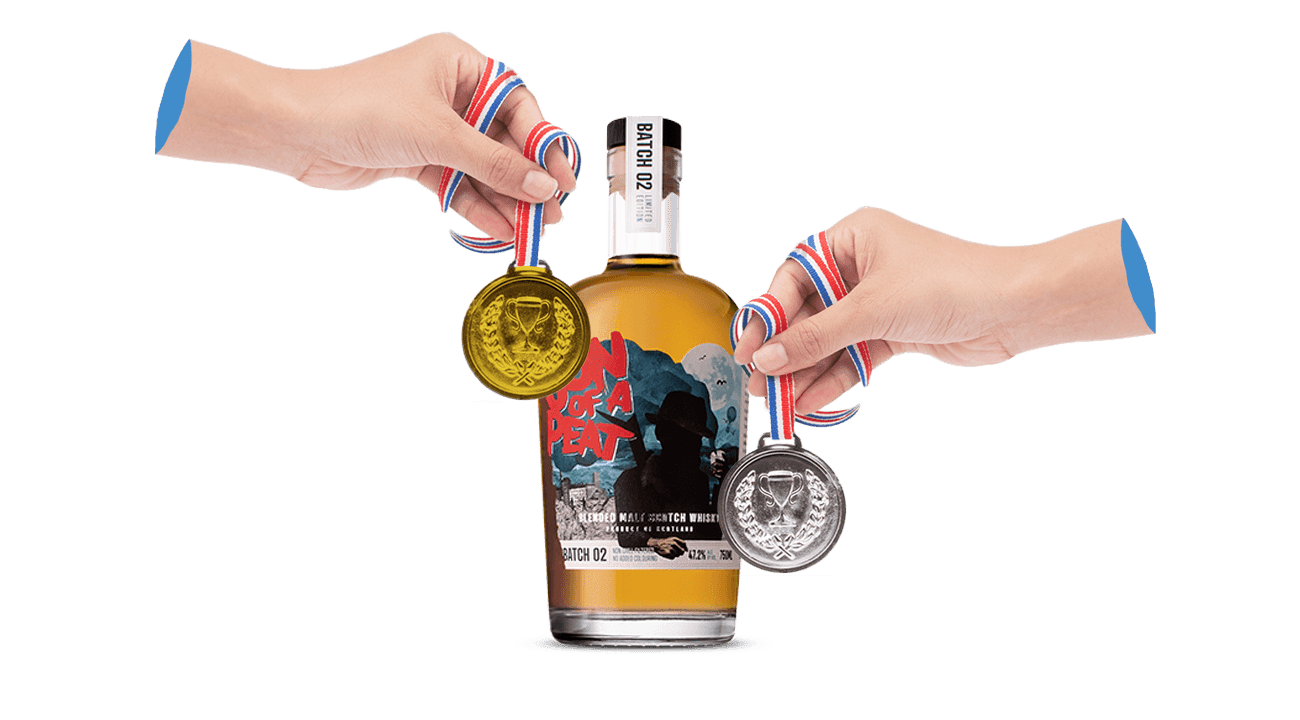 Then, it went on and won silver at the International Wine & Spirit Competition, getting 93 points.

These accolades are proof that we are doing something right. If you have Son of a Peat in your home bar, raise your glass and toast with us!

What the future holds

Now that we relived the glorious past, let’s gaze into the near future. We’re incredibly proud to announce that our very own Bourbon is coming out in early 2020. We know! It’s gonna be fantastic. Also, the Oscars of Booze are around the corner, so get ready to meet the winners of the Flaviar Awards 2020. Stay tuned! 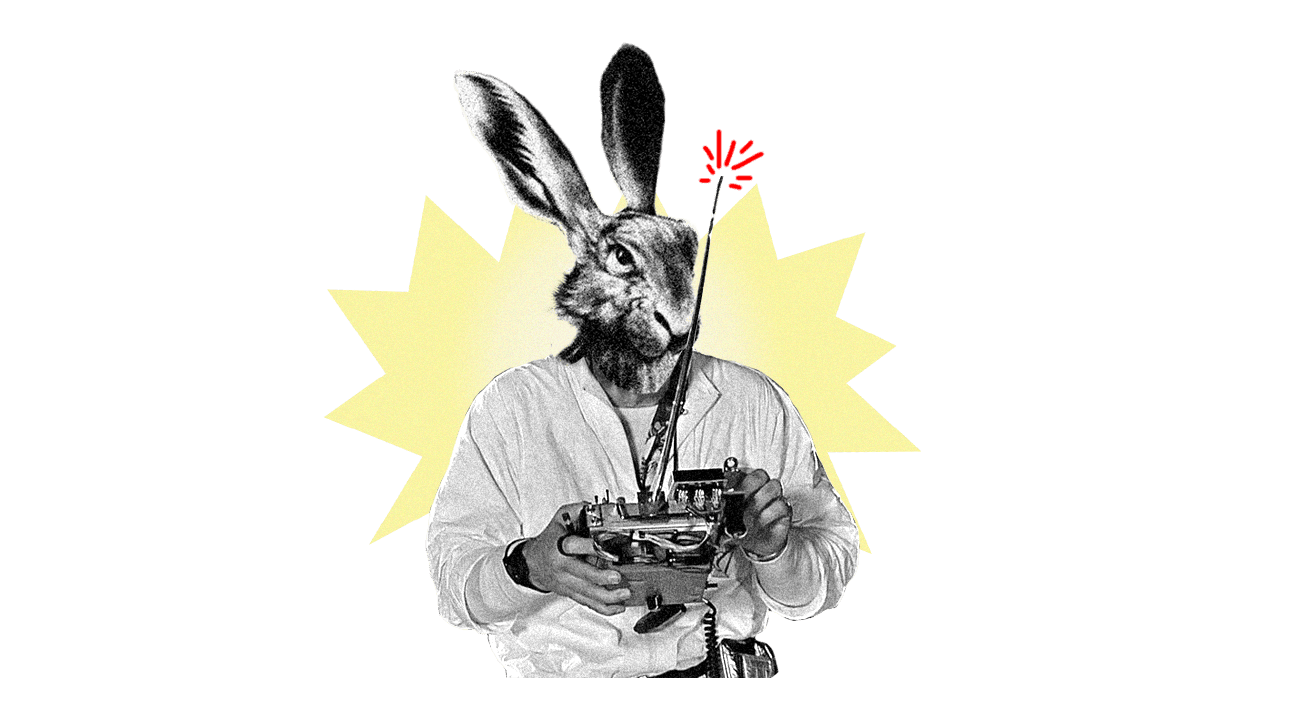 So, 2019 was fabulous and we believe twenty-twenty will be even better. We know we’re kinda late, but happy new year to you and your kin. Cheers!