Who Are 5 Females That Shaped Cocktail Culture? 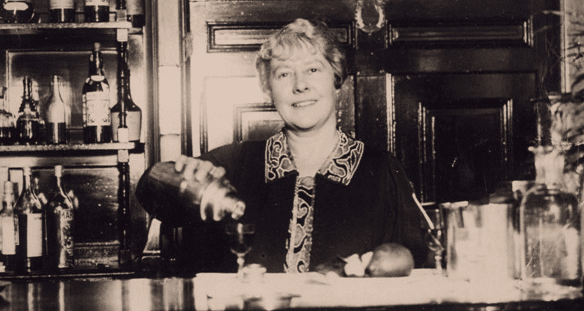 Women being written out of the history books is nothing new, and in recent decades we’ve seen a huge effort to correct this.

With incredible stories hitting our shelves, such as Hidden Figures about the women who made some of NASA’s space missions a success, and Isabel Sanchez Vegara’s book series Little People Big Dreams celebrating extraordinary female role models, some industries are redressing the balance. The way that women have consistently been written out of Spirits is a little harder to put right, but hey, I’m here to give it a go.

The stigma surrounding women drinking has not dried up in the press or in society at large. Women have often been and still are banned from bars, shunned from social circles, and demonized for drinking or the desire to drink.

In some circles and countries, a woman can sip on a Margarita or down many a Whisky Sour without being characterized as “impure” or “sleazy” (phew). In other countries the relationship women have with alcohol is still scrutinized and controlled tightly. For example in Sri Lanka, women haven’t been allowed to buy alcohol for over 40 years - apart from a few short days in 2018 when the law changed, and then changed right back again.

When society frowns at someone for doing something more than once, they might be pressured into stopping. This has certainly been true with women drinking, and how society has been uncomfortable with women being in the world of Spirits throws up a challenge for us. 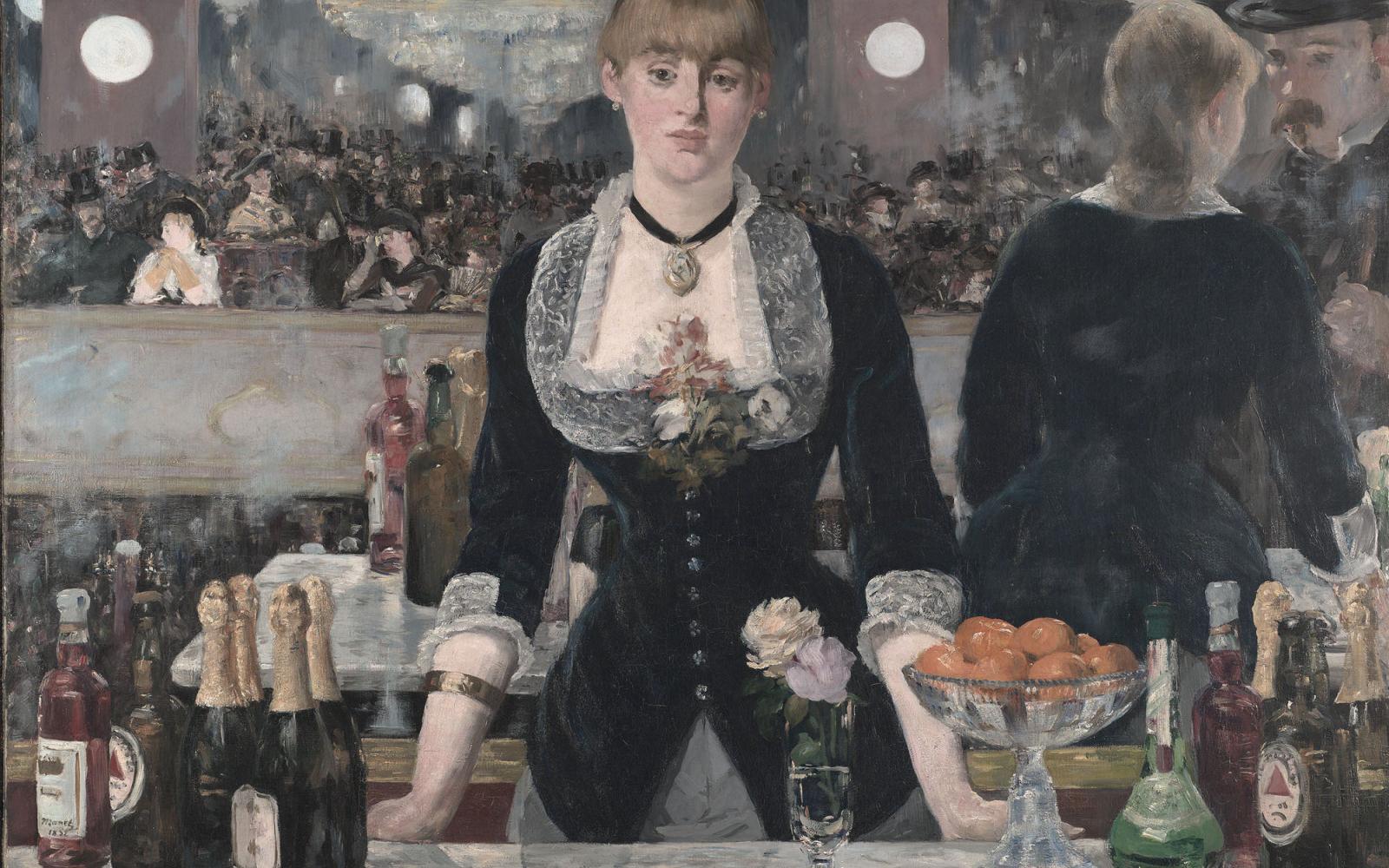 The challenge to celebrating all women’s roles in the world of Spirits is that our roles have often been undermined. Women would often be involved in family distilleries, as barmaids and mixologists under wraps, in order to not be discovered or draw too much attention to themselves. While in the 18th-century barmaids totally ruled the roost, things changed when a group of men decided a bar was no place for a woman. It didn’t stop with ending women’s right to earn a living by serving boozes - women were discouraged from consuming alcohol and shamed for the desire to drink at all.

As late as the 1980s women could be refused from spending their own money in a pub if they weren’t accompanied by a man. And as for records and reading, why would men write about women drinking? If you look for quotes about enjoying a drink or two, for example, the most famous lines are almost exclusively penned by men.

With International Women’s Day just around the corner, we’ve dug into the archives, poured ourselves a bevy, and want to recognize these five women for the contribution to the cocktail culture they’ve left behind.

Who better to start with than the MOTHER of cocktails? Whether you drink cocktails or not, Betsy Flanagan’s story is the greatest one in cocktail history. We might love cocktails because they’re a fantasy in a glass, a secret concoction, or bartenders’ imagination running wild through the aromas and aromas of the spirits world, or is it their mystery? Even how they came to be known as “cocktails” is about as clear as a Long Island Iced Tea.

A post shared by Le Coq Tail Colombia (@lecoqtailcolombia) on

Barmaid Betsy Flanagan could be the answer. We can’t be sure, but one story goes that she would garnish drinks with cockerel’s feather in - and thus the word was born. Whether it was Betsy or not is slightly up for debate, she is after all a fictional character.

But, the word of mouth tradition means it could easily be true, and if it’s not, her character still puts the word firmly into our vocabulary. So I’d argue that fictional or not, she’s the greatest influence on the modern bar as we know it; the cocktail is a global phenomenon.

Valentine and Anne gave a vital contribution to the cocktail scene, to which we should all raise our glasses. In a nutshell, the women fought for barmaids to be allowed to serve.

The long version goes that Valentine Goesaert was a barmaid in Michigan in the 1940s who fought to win back her bartending license, and her right to work as a barmaid. Valentine hired Anne, a feminist lawyer who gave the court a good run for their money. Sadly this one doesn’t work out straight away - the pair couldn’t convince the legislators to change the law.

That being said, their appearance in front of the Supreme Court was an inspiration for barmaids across Michigan to carry on fighting regardless. Their refusal to give up illuminated the aptitude and passion women had for their careers - in a dark era when more and more states were outlawing female bartenders.

A post shared by Shaker BarSchool South Africa (@shakerbarschoolza) on

Finally, in 1955 (10 years after the ”Bartending Act” put a stop to female barmaids), the Michigan law was repealed, thanks to the spark lit by Goesaert and Davidow.

One of the best-known female bartenders in history, Ada Coleman (in the cover photo) worked at the American Bar at the Savoy Hotel as head bartender. Not only was she a shining light for other women who wanted to follow in her footsteps, but she was one of the first women who had her professional work recognized.

She created the Hanky Panky inspired by the actor Sir Charles Hawtrey who frequented the Savoy’s bar and is one of the first examples of Fernet Branca being used in a cocktail.

A post shared by Isle of Møn Spirits (@isleofmoen)

What’s a party without a cocktail? And what better place to dream up new ideas than a party? The Manhattan is one of the world’s most recognizable cocktails - appearing in films and TV series across the globe from Bond to Sex and the City.

Slightly less talked about than her son Winston Churchill, Jennie Churchill’s legacy is larger than we all thought. Jennie threw a party at the Manhattan Club in 1874 to celebrate Samuel J. Tilden's victory in New York's gubernatorial election (yawn). But that party’s not as dry as it might sound - you guessed it, this is where Manhattan was born. So no Churchill’s Mum, no Manhattan. 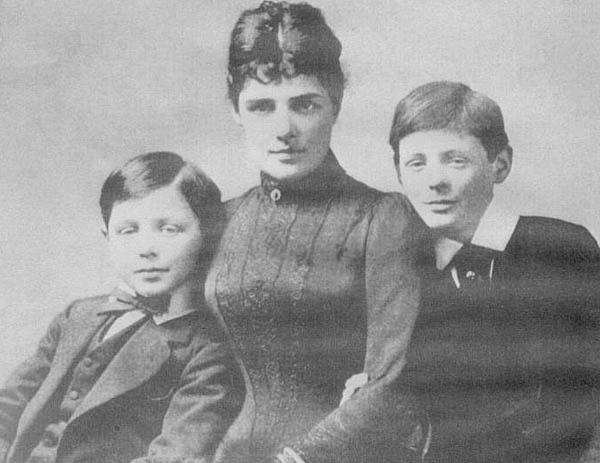 5. Marjorie, Margaret, and Margarita herself...

There are actually three women said to have been the root of the Margarita, whichever of the three it was, we’re thankful they were around.

Legend has it that in Tijuana in 1938 this world-famous Tequila cocktail was created in honor of Marjorie King a dancer. Others say it was Margaret Sames, a high society lady who created the drink herself in 1948. She shared it with Conrad Hilton, who then took the recipe to his hotel chain.

Finally, we have Margarita Carmen Cansino, better known as Rita Hayworth, whose beauty is rumored to have inspired a barman in Tijuana to invent the Margarita. Whichever of the tales is true - we raise our Margaritas to these women. 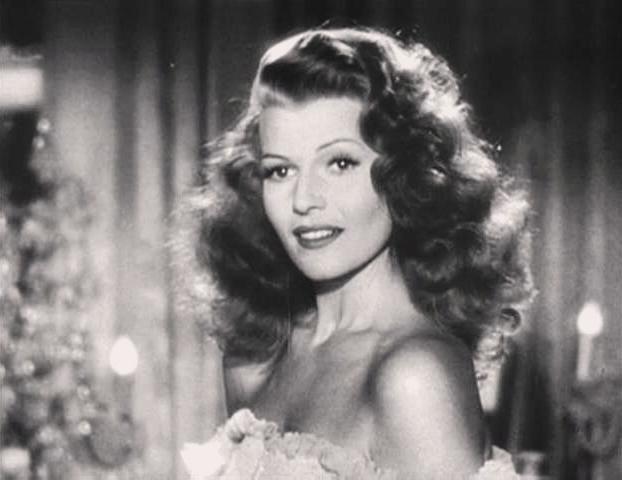 Another shout-out that we have to make is to the awe-inspiring Audrey Saunders who’s truly left her mark on cocktails. Not long ago, housemade cocktail ingredients like bitters and tonic water were a rarity behind the bar.

In 2005, Audrey opened Pegu Club in New York, a bar that mixed things up and revolutionized classic cocktails. She inspired the “craft cocktail movement” when she took household ingredients to update Old Fashioned recipes and helped to bring forgotten drinks back to bars.

So, to all the women who have inspired, helped to create, and mixed cocktails that they may never get the credit for. Women around the world - from those who inspired the Singapore Sling, which wouldn’t have been created without them, to those who may never get credit for the cocktails they created - we salute you.