Some Really Weird Stuff Is Happening to Your Whiskey

Published in:
By Jackie Gutierrez-Jones
Some people like weird. It’s in your face. It challenges perceptions. It uses things like clandestine meeting spots and safe words (okay, maybe that’s just us). So when it comes to Whiskey, describing one as “weird” leaves a lot of room for, well… interpretation.
Which is all to say that the Whiskey Union has arrived. They’re getting a bit weird with your dram. And you’re going to like it. There are a few obvious questions here. Like, who are these guys? What exactly are they doing to my Whiskey? Why am I feeling an excited little tickle in my gut? 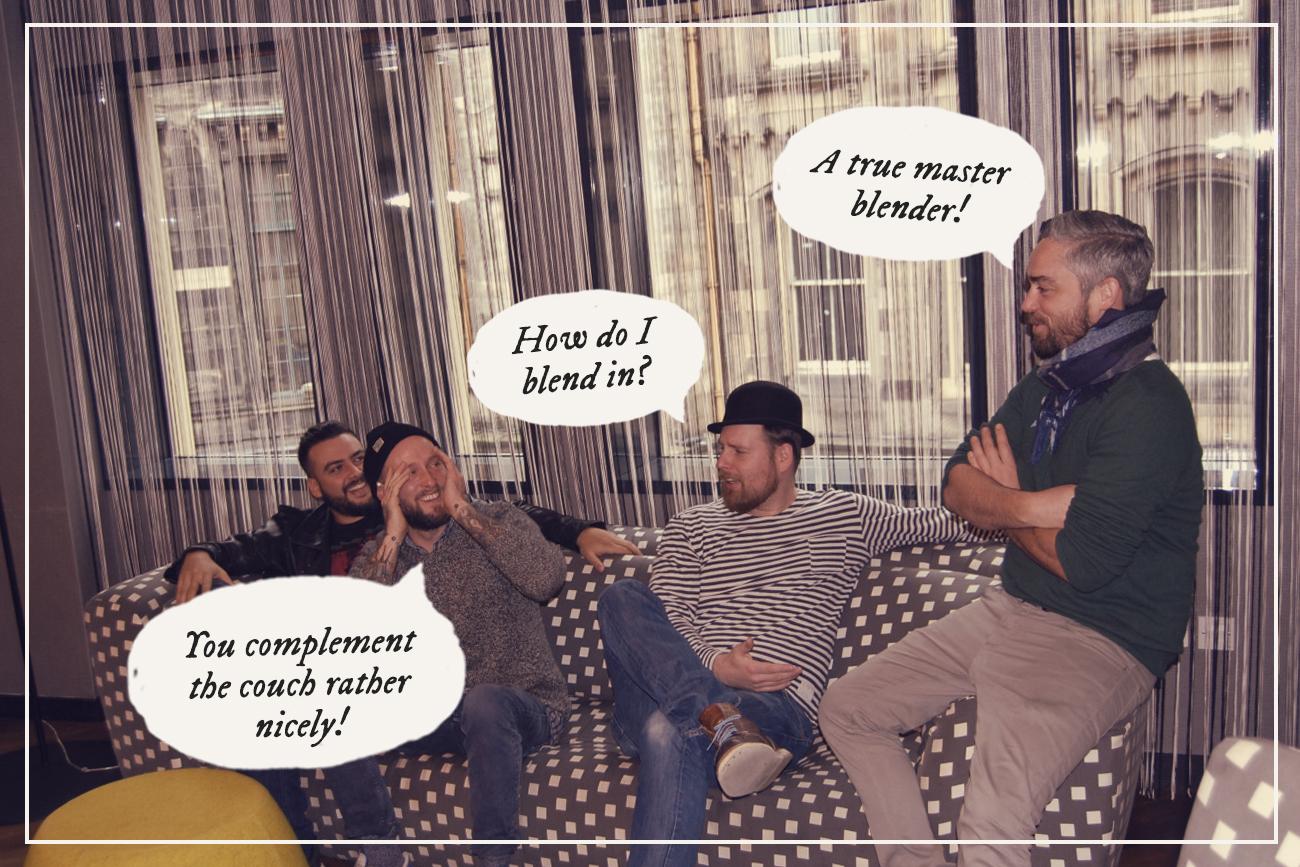 Simply put, Whiskey Union is a new experimental task force straight out of Diageo. Their aim: to disrupt the Whisky market and push the boundaries of blending to create innovative and highly unorthodox spirits. The founders—Philipp Harker, Tobias Schreiber, Ilja Slutsky and Mike Tobin—call Germany and Austria home and have logged an insane amount of hours behind the bar (and a fair amount drinking at them, too).

Simply put, Whiskey Union is a new experimental task force.
Diageo’s Head of Reserve and Whiskey Union’s “godfather,” Christian Schwarzmann, works closely with them to inspire and support their audacious endeavors along with a cadre of masterblenders and distillery managers.

The order of the day: Experimentation

“Irish Whiskey is experiencing a huge revolution. American Whiskey is becoming very popular in Europe. Whiskey Union was created as an innovation in the Whiskey industry. We want to push boundaries and make Whiske(e)y cool again,” says Mike Tobin.
Their goal is an ambitious one—and that’s to produce nine forward-thinking spirits in the next two years.
The order of the day at Whiskey Union: Experimentation. Traditional rules are broken and using the words “right” and “wrong” might get you a boot to the backside (or, you know, a raised eyebrow). These guys were supplied with 8.5 million barrels of Whiskey to have their way with. 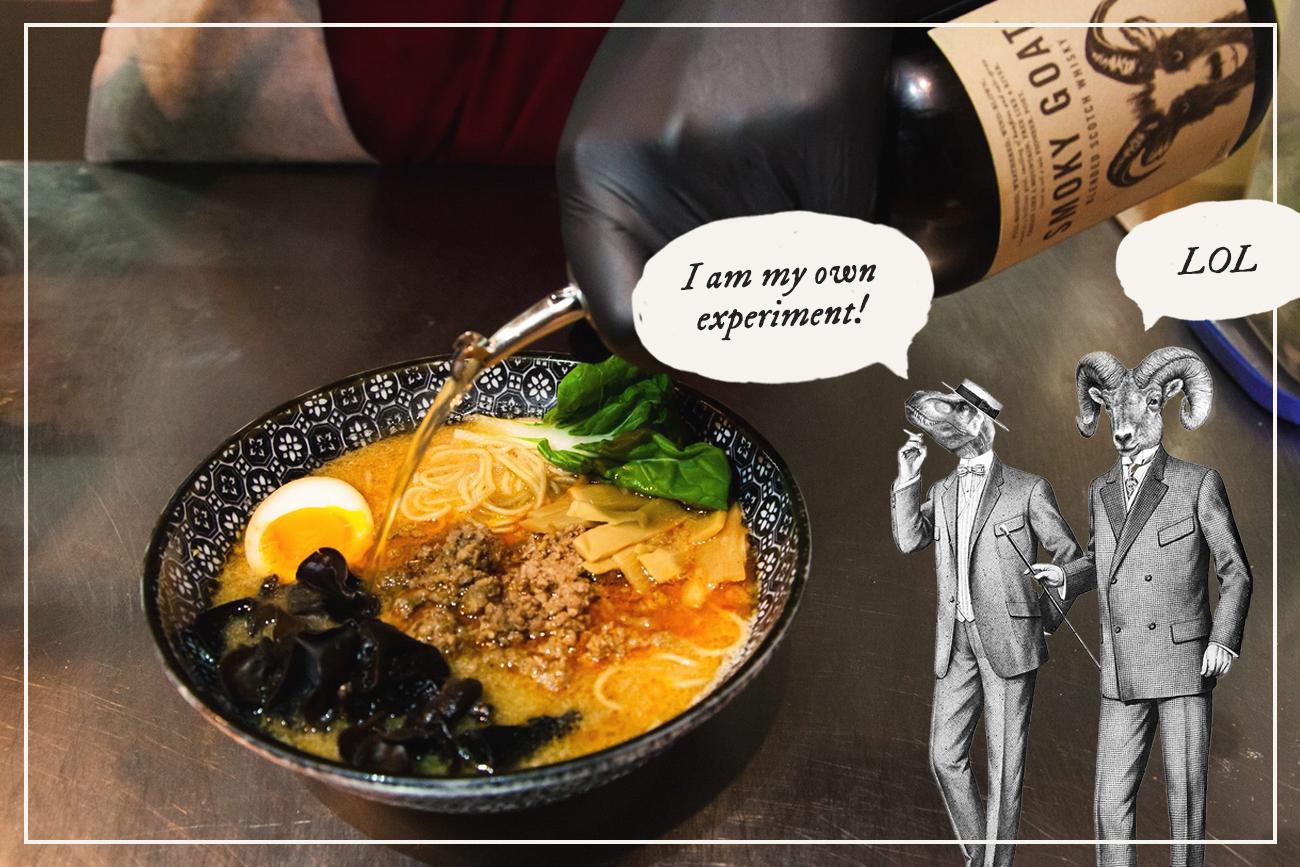 Their goal is an ambitious one—and that’s to produce nine forward-thinking spirits in the next two years. “Because we’re a bit under the radar, we have the freedom and power to whip out a Whiskey a lot faster than most,” notes Tobias Schreiber. “Whiskey geeks don’t really like us,” adds Mike.

If you’ve ever been kept up late into the night with deeply philosophical questions like “do we have free will?” or “is the universe prepared to handle the powerful combination of Whisky and beer?” Rest easy, friend. Master distiller Pete Brewin has the latter covered. (You’re still out of luck on the free will thing—sorry.) 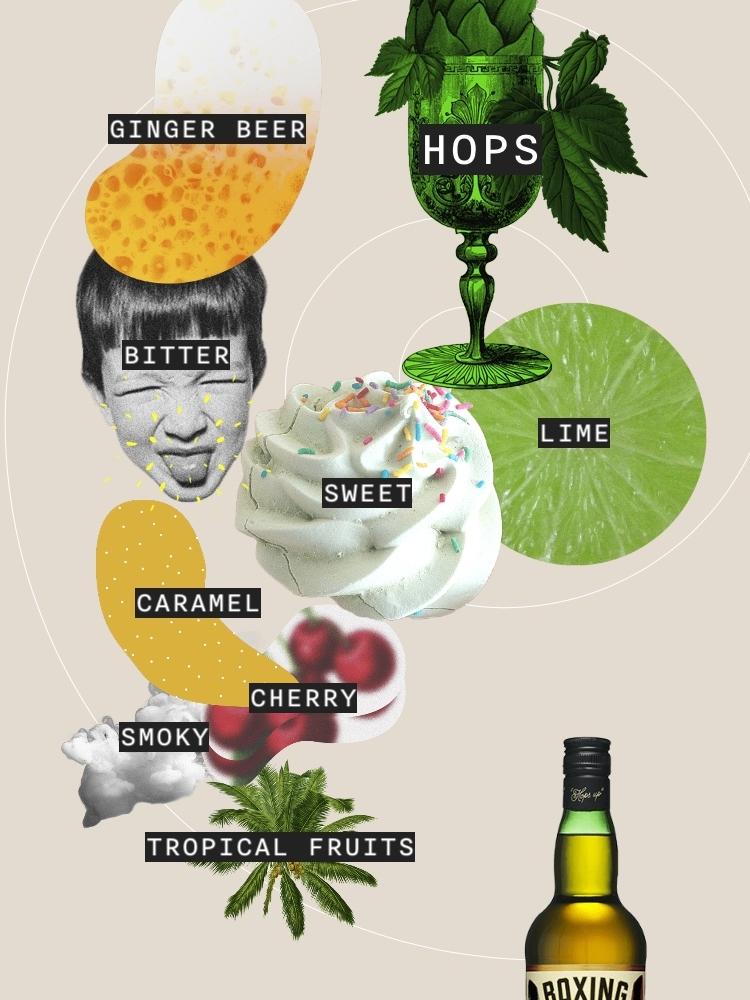 See, Boxing Hares uses a traditional Scotch grain Whisky and infuses it with two kinds of hops: Hallertau, a German variety that’s traditionally used for Pilsner beers, and Cascade, which is what adds a distinctive bitter note to American craft beers.

The result is a wildly gratifying sipping experience—you’ll taste the hops in there, along with caramel, cherry and pineapple, all culminating in a slightly bitter finish.

And while taking it neat is a solid option, you might want to consider mixing it over ice with some sparkling lemonade for a game-changing Whisky shandy.

As the WU founders note, “it works really well on an early evening in a beer garden mixed with a citron lemonade.”

Goats don’t smoke. Obviously. That is, unless, they’re Scottish. Seems it’s common to catch these fiercely independent animals surveying their craggy domain while their breath turns to smoke in the cold morning air. Quite the sight.

So you’ll understand why Scotsman and master distiller Craig Wallace was promptly inspired to create a dram worthy of these ruggedly individualistic beasts. Smoky Goat pays homage to the grand tradition of the West Coast blenders, who first distilled their smoky Whisky on the Isle of Islay in the 19th century. 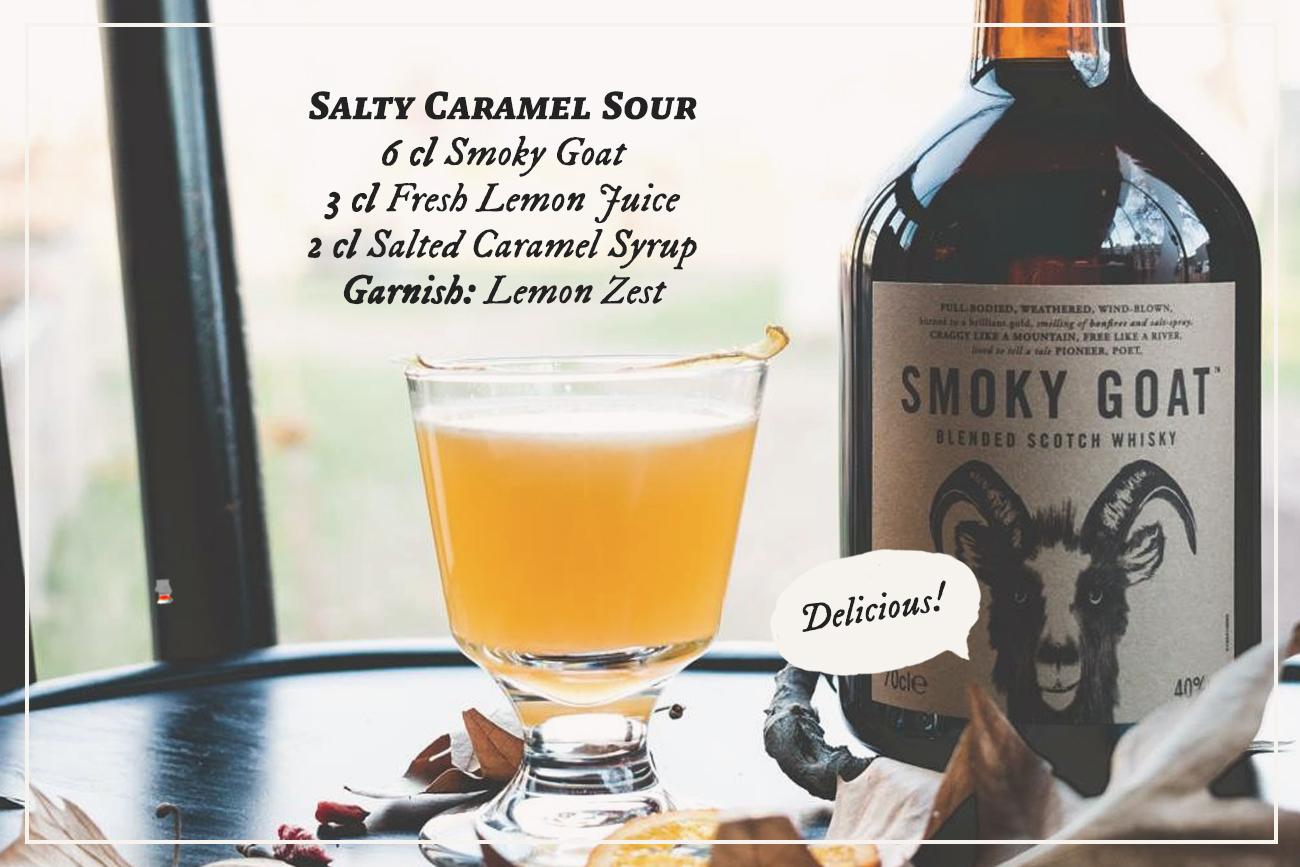 But here’s where things get interesting: Smoky Goat uses a blend of three Whisky styles to create its aromas and flavours—the sweetness of grain, the body and character from the Highlands and the smoke from Islay. The result is vanilla and toffee layered with BBQ smoke. And while you can throw this one on the rocks and call it a day, Mike adds “the toffee notes make it a really nice caramel Whisky sour. I garnish it using a macaron with salted caramel filling.”

Hold on to your britches. Things are about to get weird(er). Wonderfully so. See, we’re heading into uncharted territory with Huxley, a hybrid of Scottish, Canadian and American Whisk(e)y. It’s named after the 19th century anatomist and defender of evolutionary theory, T.H. Huxley. And clearly, this is some forward-thinking, human-race-evolving stuff we’re dealing with.
You’ve got some grassy and citrus notes along with a whiff of peat smoke from Scotland. Canada’s supplying the candied fruit flavors, vanilla and hint of ginger. And America’s brought some buttery caramel and toasty spice to the party.
For that, you can thank Caroline Martin, one of the key custodians of a wide ranging Scotch Whisky portfolio that includes J&B Rare, Johnnie Walker and Bell’s Original. 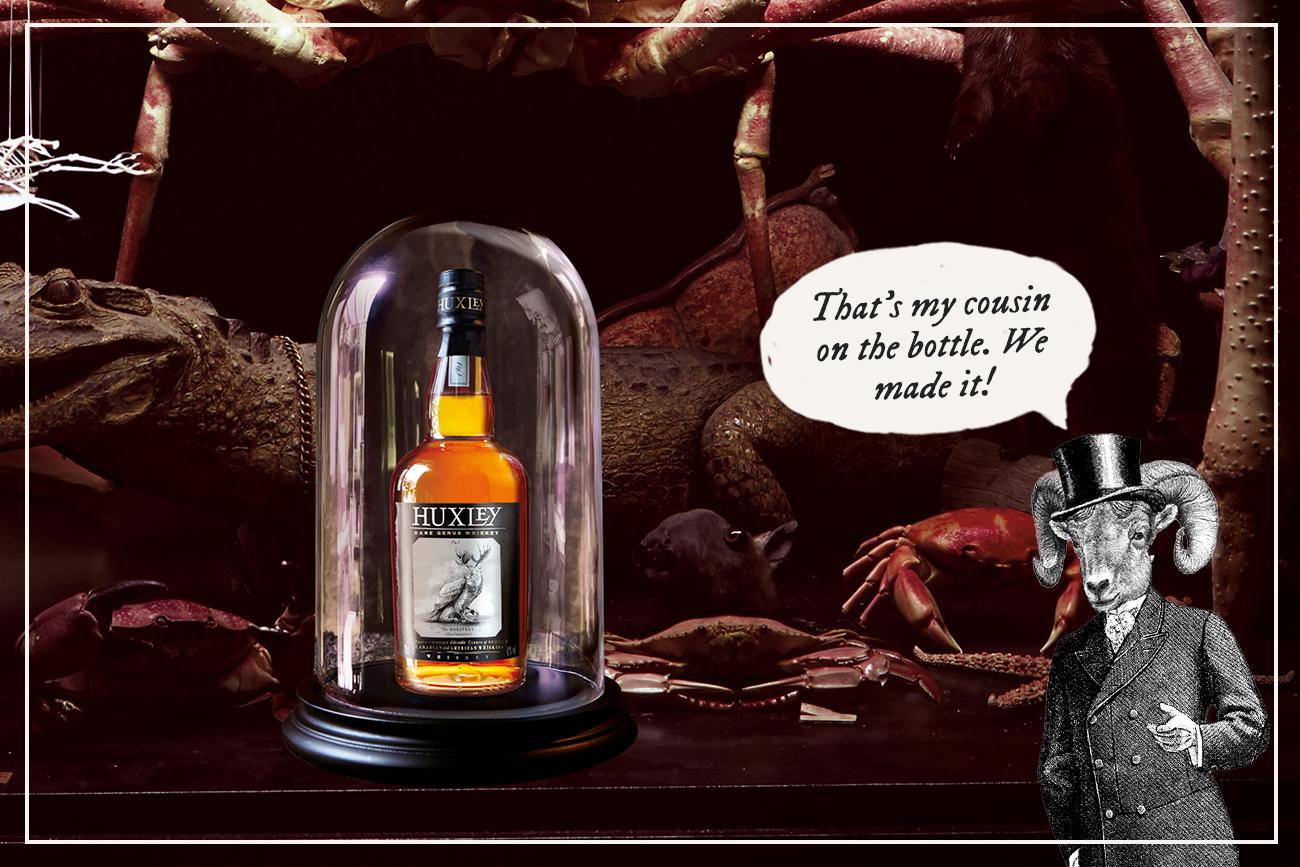 And what she’s engineered isn’t for the faint of palate. You’ve got some grassy and citrus notes along with a whiff of peat smoke from Scotland. Canada’s supplying the candied fruit flavors, vanilla and hint of ginger. And America’s brought some buttery caramel and toasty spice to the party.

When asked how to best enjoy it, the founders’ resoundingly complex consensus: “Neat.” Is the whole greater than the sum of its parts? You’ll have to determine that one for yourself.

But if there’s one takeaway here it’s this: NO ONE EVER ACHIEVED GREATNESS BY PLAYING IT SAFE! 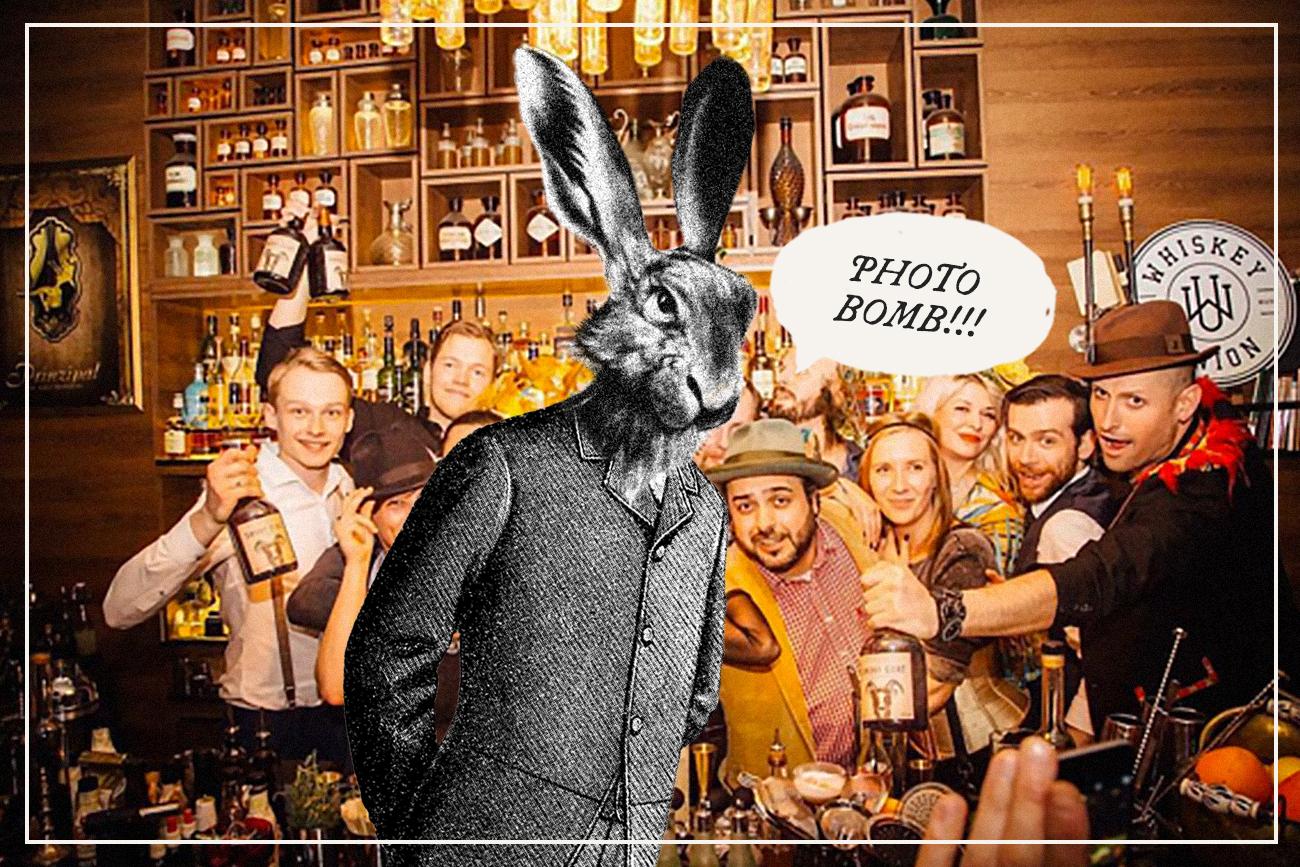