Making the Case for the American Single Malt 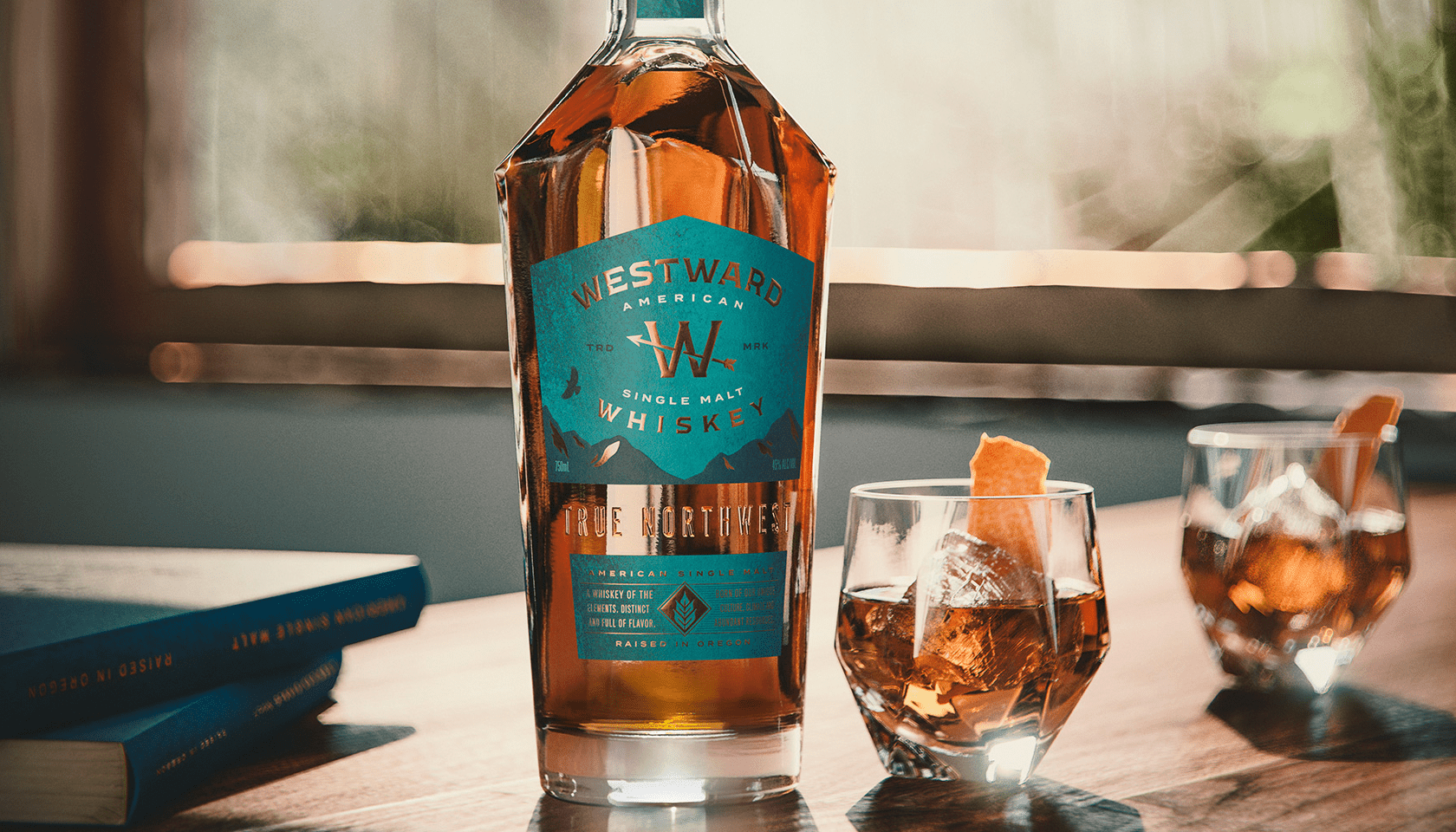 "So you're making a Whiskey in America, but it's not a Bourbon… what is it?"
It’s a question Miles Munroe gets quite a bit. And it’s no surprise — as the head distiller and head blender of Westward Whiskey in Portland, Oregon, he’s got his hands full managing the production of a spirit that’s a bit of a myth: the American Single Malt.
“I've been to Europe to help launch Westward. And it just seems that as soon as you say single malt made in America, people just immediately understand,” adds Munroe. 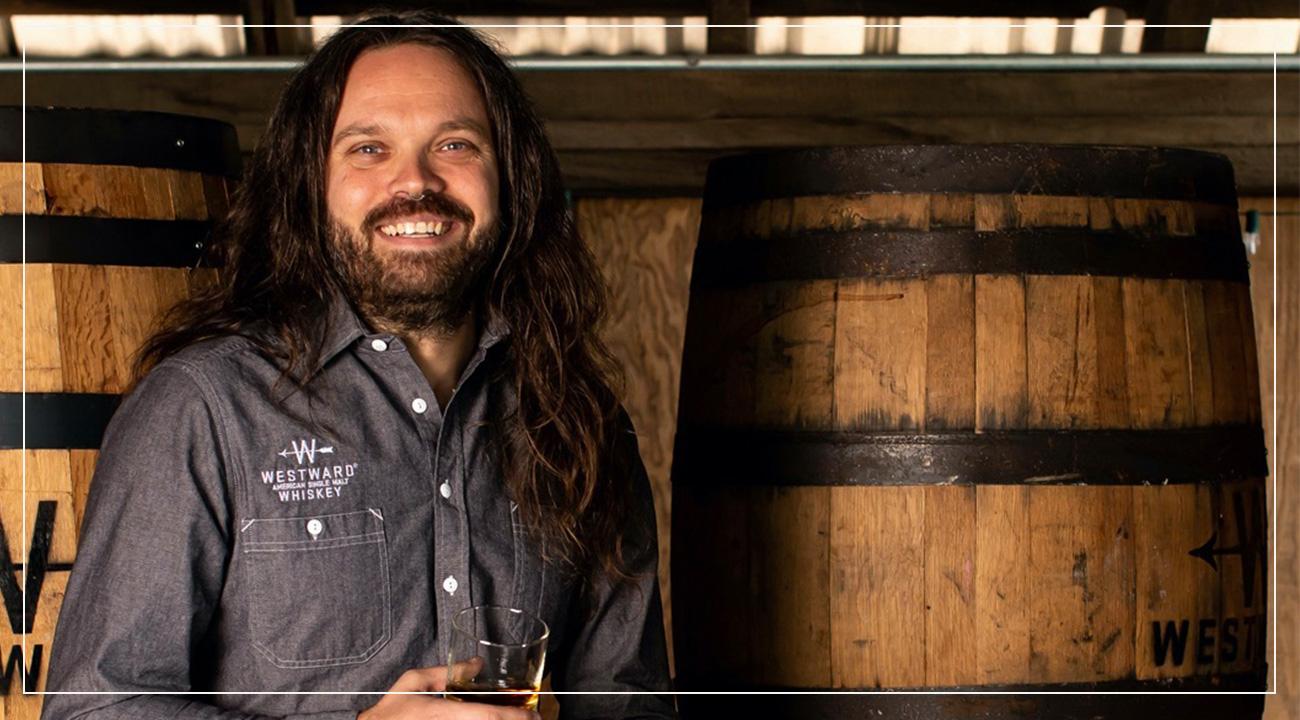 Curiosity piqued, we sat down with Miles to understand what makes an American Single Malt tick, how they compare to their Scottish counterparts and the best way to enjoy a glass (with heavy metal, naturally).

Tell us more about Westward as a brand and a product.

Miles: Westward as a brand is very much into our environment, our region. Our style of single malt, which is American single malt, is really rooted in a place, in people.
I mean, we're pioneering a new category of Whiskey, and that's a single malt made here in the States. We wanna make a statement with that.
We are a Whiskey of the Northwest, we like to say. We have so many great elements here to create our Whiskey that we turn to our surroundings for inspiration in what we do.
We're also very much inspired by the maker culture here in Portland. We make a single malt, which is essentially a beer first. We're all ex-brewers — myself, our founder Christian, most of my distilling team — we all come from the world of beer.

We're also in the Willamette Valley, which has a lot of world-class winemakers. Pinot noir is the varietal here in Willamette Valley. Part of that is because we are on the 45th parallel, which is the same as Burgundy. Pinot noir grows wonderfully here, so we've been known for that grape.
Fell in love with single malts. Then, I realized that I wanted to be a part of this world.
We turned to these makers for inspiration. They inspired our stout cask finish and our pinot finish as well. We work with local brewers and winemakers here in the Willamette Valley and Oregon for all those finishes.
I mean, we're pioneering a new category of Whiskey, and that's a single malt made here in the States. We wanna make a statement with that. 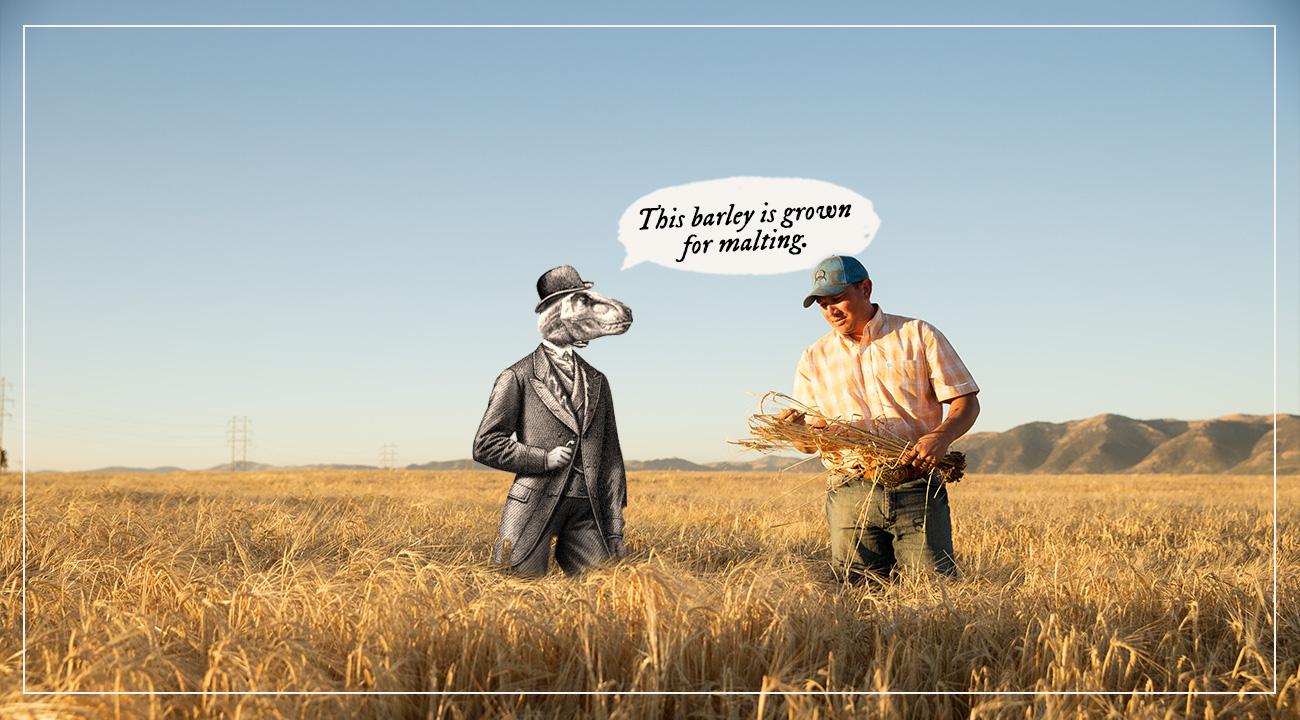 Here in the Pacific Northwest is where the majority of the barley — about 70% of the barley grown in North America — is grown for malting. So it makes sense for us to pursue single malt here. It wouldn't really track to make a Bourbon or a Rye. There's just really not a lot of corn grown around here.

How did you end up in the Spirits industry and work your way up to becoming a distiller at Westward? What was it like going from beer to working with Whiskey?

Miles: Well, it was pretty easy because it was a very intentional transition. I actually got into beer wanting to be a single malt Whiskey maker. I had a bit of a science background. And I was a musician and a bartender.

I was in the service industry for a long time. Fell in love with single malts. Then, I realized that I wanted to be a part of this world. I also realized that really great single malts are really great beers first.
I've had great young and old Whiskeys. I have to compare it to a grape and a raisin. They're both delicious, but in very different ways.
I studied the science and engineering of brewing at the American Brewers Guild, and then I decided I'd brew for a while professionally, see what that was like, get to experiment with different yeast strains and different malts, something that I didn't think would be available or accessible as a distiller. 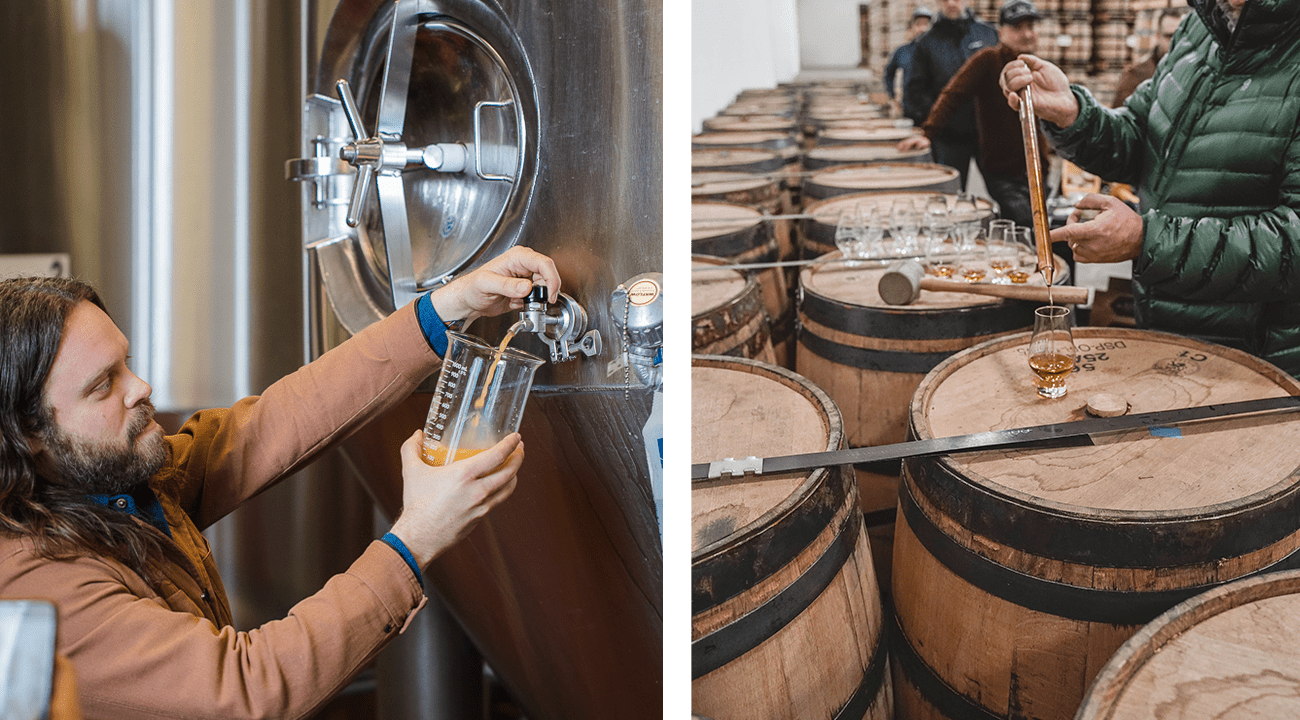 This was 15 years ago — the craft boom was kind of in its infancy. So there wasn't a whole lot of experimentation going on out there. I brewed professionally here in Portland for about five years and then I had the great fortune of meeting Christian, who had just started this Whiskey brand as an ex-brewer. He was really focused on the beer attributes in single malts. I just walked right into it.

1. If you could have one superpower, what would it be?
To fly.

2. How would you describe Westward in three words?
Robust, daring, delicious.

3. What is your favorite music and what drink goes with it?
Well, I'm a rocker. I'm a metalhead. And Westward Neat or Westward Old Fashioned will always go well with some metal.

4. What would you eat and drink for your last supper?
Seafood Bouillabaisse with baguette & rouille. Plenty of Chassagne-Montrachet to go along with dinner then Single Malt for dessert.

5. Assuming Westward is your favorite Whiskey, what's your second favorite Spirit?
I've been really enamored with Mezcal for a long time. And if I'm not drinking Whiskey, I'm drinking agave. I went down to Oaxaca a couple of years ago and visited all the palenques I could, and just dove deep into Mezcal. I think it's fascinating. It's so great.

Miles: I love this question. It really gets to the heart of what we're doing and what we wanna bring to people. Because we really do feel that malted barley single malt Whiskey is just the most flavorful kind of Whiskey. It really brings so much more depth of flavor and nuance to a spirit.
This is a hybrid of styles, in a way.
If someone is picking up a glass of Westward, they're definitely gonna taste the grain. You're going to taste a lot of nice floral tropical fruit, stone fruit and honey. All that is also coming from the barley, but also the fermentation. We actually use a beer yeast for our fermentation, so it brings a lot of those great flavors out.
But what's interesting about Westward is that as an American single malt, most U.S. Whiskey makers are using new oak. They're using virginal charred American white oak. And we wanted to stick to that. So there is a good amount of barrel in the Whiskey as well. 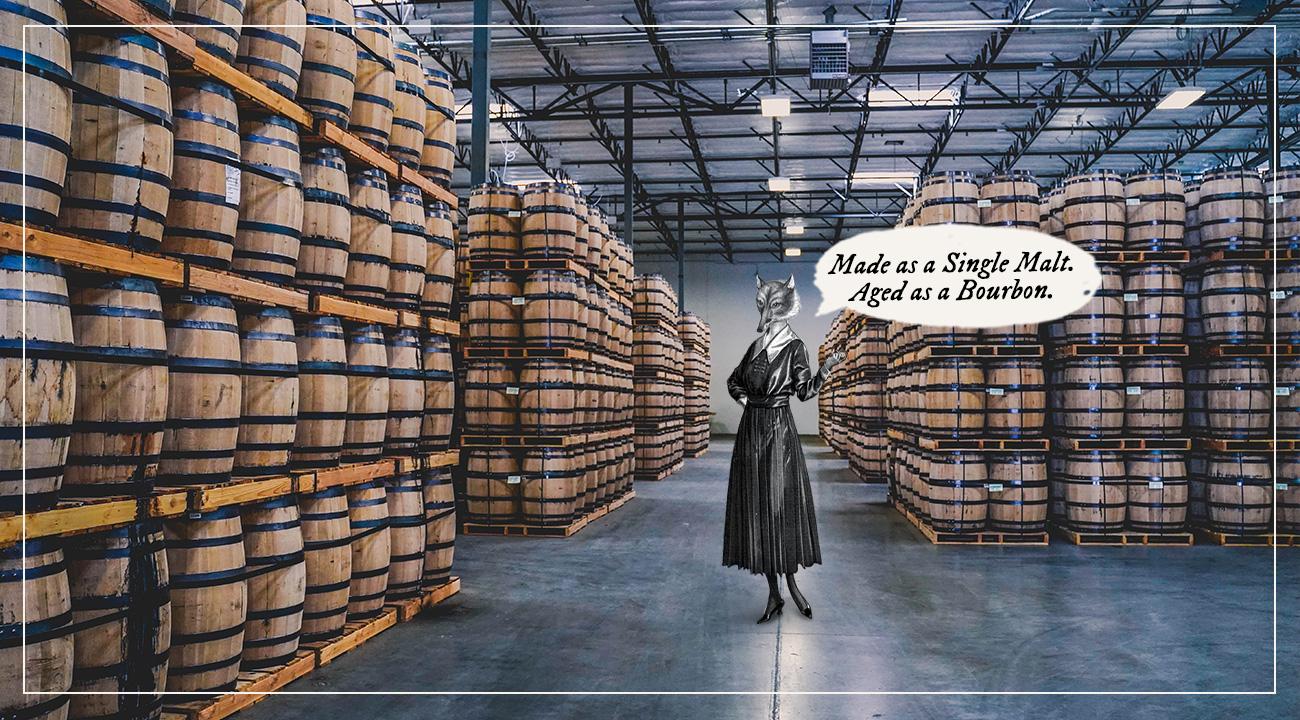 I think it's something that Rye and Bourbon drinkers would really love because it's still going into a new barrel — it's the best of both. It's made as a single malt and it's aged as a bourbon because we're going with new oak. It's very approachable.

How do American Single Malts compare with Scottish single malts?

Miles: Well, I often refer to Westward as a spicy Speyside. That's actually a flavor note I write a lot when I'm blending and tasting through barrels.
We don't use any peated malt. So there really isn't going to be a lot of phenolic in that way. But our phenolics come from the distillation process. We run into our tails a bit longer in a way that brings out some nice tobacco, smoke and leather notes that you would pick up in a Scotch, but without using any peated malt. 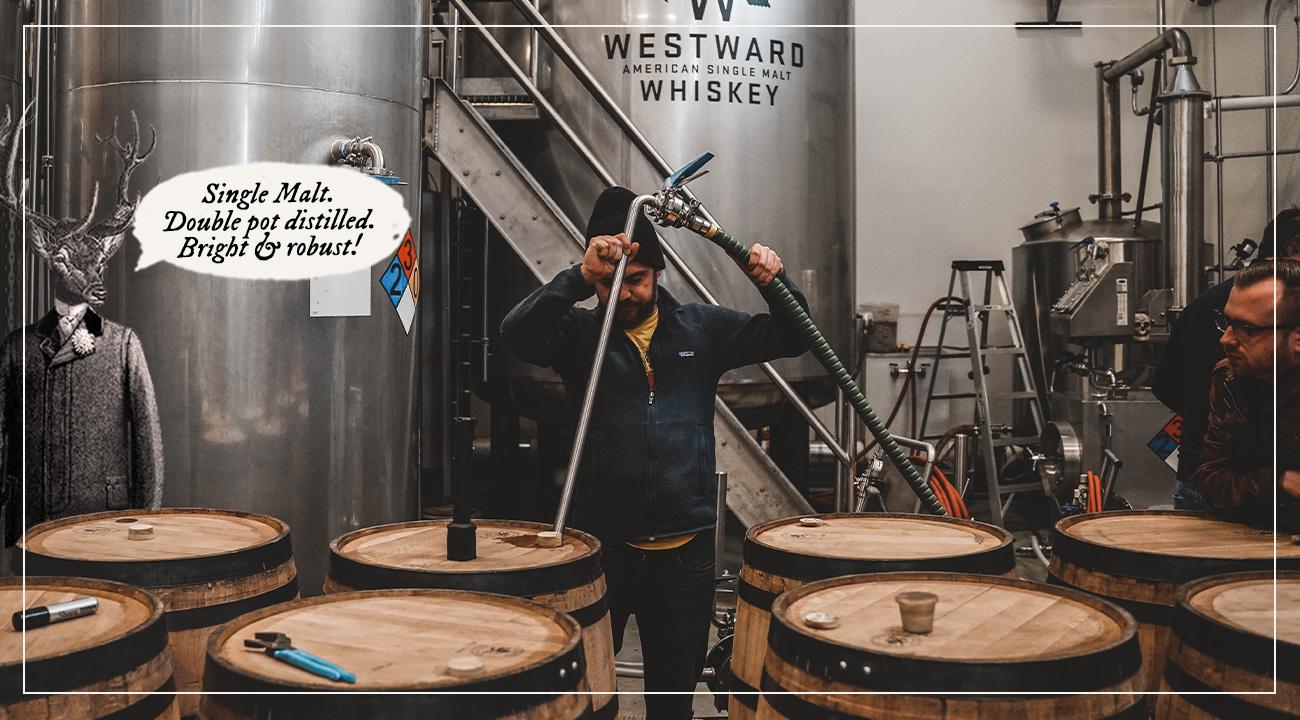 But because we are more rooted in beer and in craft beer, our process is just slightly different. So in the ways that we're similar, I think we could be compared to a Speyside. But we want Westward to be really bright and robust. We don't want it to be a raisin single malt. And so it isn't as demure, I would say.
Westward is designed to be a young Whiskey. It's really aged only about five years. But we want it to be really bright. We want you to taste the fresh grain notes. We want you to taste a lot of the bursting ripe fruit that you can get from that Whiskey, you know?
Whiskey has five elements, right? It's grain, water, yeast, wood and time. You just alter one of those even slightly and you're getting wildly different results.
And as you age your spirit longer, those elements oxidize and they change — that's not necessarily better or worse. I mean, I've had great young and old Whiskeys. I have to compare it to a grape and a raisin. They're both delicious, but in very different ways.
I think this is something that a Scotch drinker will appreciate because it's single malt. It is double pot distilled. But it's bright. It is robust. It is very good.

What are some good food and spirit pairing options for Westward American Single Malt?

Miles: Well, as someone with a pretty serious sweet tooth, chocolate for sure, and a lot of baked goods. Westward has so much chocolate and roasty nuttiness in it already. 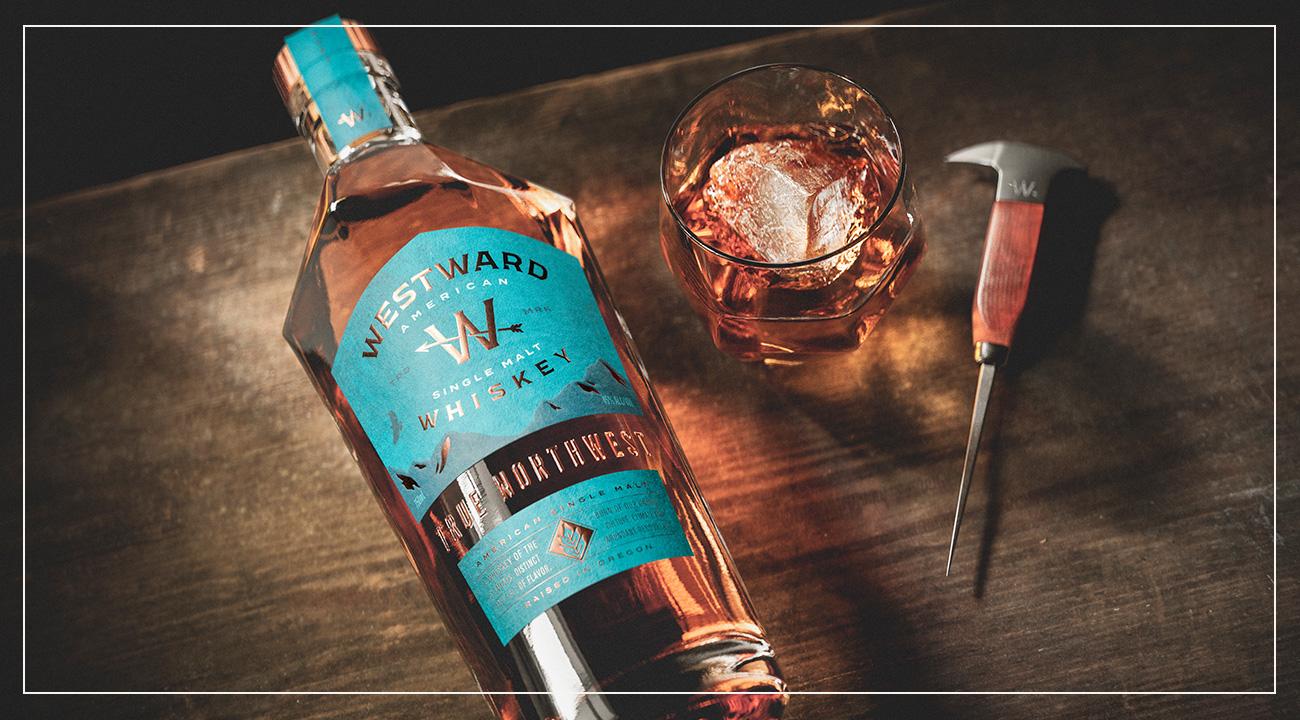 Actually, we call our base malt, the barley that we use. It's a high color, high modified malt. Meaning, that we ask our malster to kiln it and heat it just a little more than they would most pale barley.

So it's already got that caramelization — the Maillard reaction we call it — ,you know, the sear on a steak or the bottom of the baked chocolate chip cookie. Those are already in the barley.
But it's such a big whiskey that you could absolutely have it with barbecue, a nice steak and roasted vegetables. It's definitely going to pair well with something that has good caramelization to it.

Given that we are conducting this interview in the context of Westward being one of our 2021 Flaviar Awards winners, what can Flaviar members look forward to coming from Westward in the future? Does Westward plan on sticking with producing Single Malts, or would you ever make a Bourbon or Rye?

Miles: Well, sure. With our other two expressions — the stout cask and the pinot finish — those started as experiments, you know? Just a one-off, let's fill a barrel and see what happens. 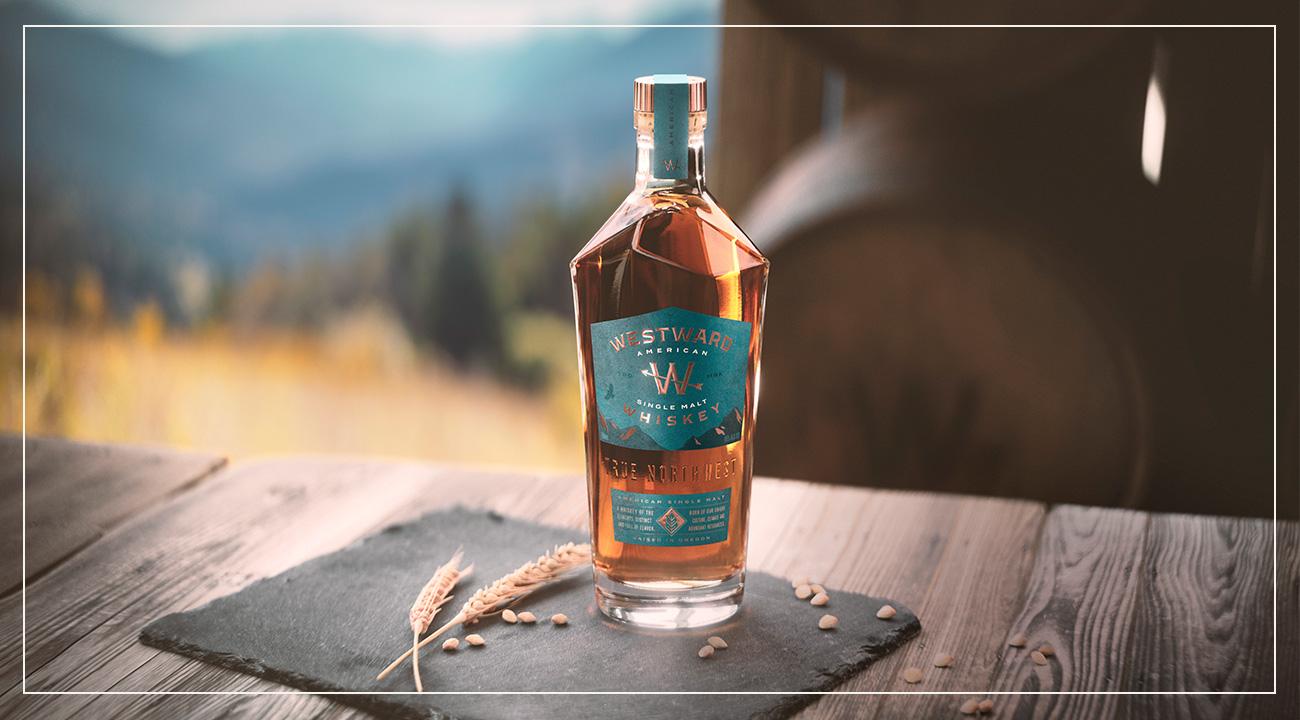 We have the Westward Whiskey Club. We started it a few years ago as an avenue for our smaller scale one-offs, which we used to put together a custom blend for Flaviar with a few barrels of pinot noir that were actually just from one particular maker.
We're always experimenting and pushing boundaries.
But, I'll say this: Whiskey has five elements, right? It's grain, water, yeast, wood and time. You just alter one of those even slightly and you're getting wildly different results.

So we continue to experiment with yeast strains, with grain. Through our club, we've released our two malts series, which is where we're incorporating malted rye and malted wheat into our grain builds. Absolutely delicious.