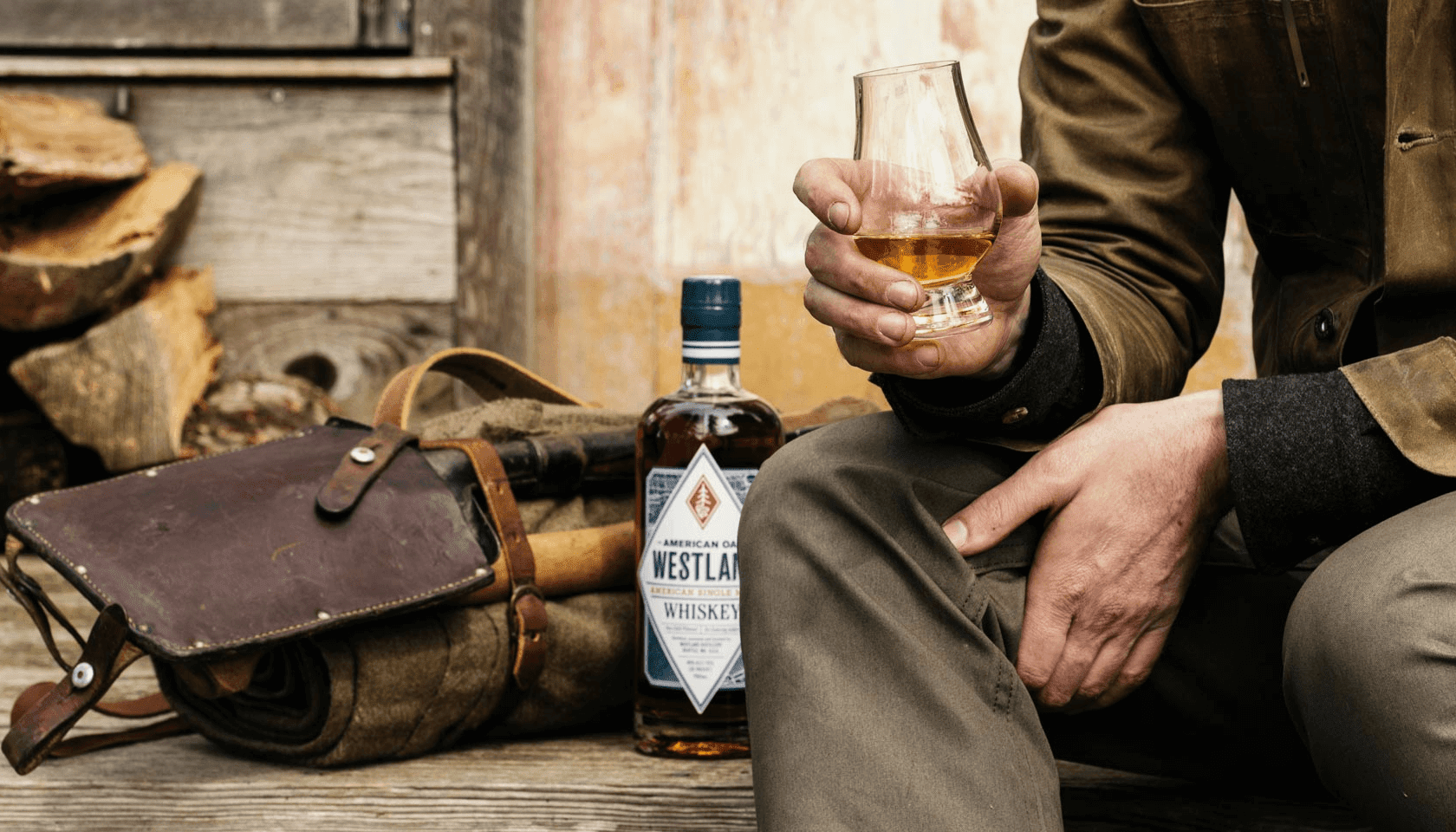 The first thing you need to know about American single malt? Don’t call it a Scotch.
Still in its infancy, this new category of Whiskey has tapped into America’s deep-rooted spirit of innovation and experimentation, with distilleries across the U.S. heeding its call in skyrocketing numbers. Surprise, surprise.

We sat a spell with Matt Hofmann, co-founder and Master Distiller of Westland Distillery, to pick his brain on this maverick new spirit and what inspiration he brings to the Westland table. Turns out, he didn’t have to look much further than his own backyard.

But what exactly defines an American single malt?

According to the American Single Malt Whiskey Commission, there are six standards of identity. An American single malt must be:
1. Made from 100% malted barley
2. Distilled entirely in one distillery
3. Mashed, distilled and matured in the U.S.
4. Matured in oak casks of a capacity not exceeding 700 litres
5. Distilled to no more than 160 proof (or 80% ABV)
6. Bottled at 80 proof (40% ABV) or more
We want to keep the rules pretty loose so that we can allow for innovation, which I think is the strength of the category.
Unlike Scotch or Kentucky Bourbon, that leaves a helluva lot of room for inspiration and creativity. A fact that’s not lost on Matt. 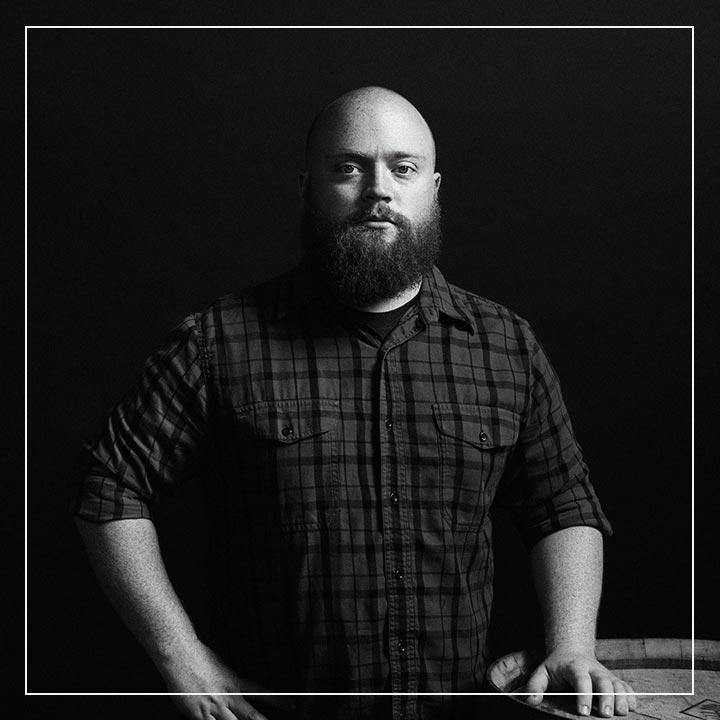 “One of the interesting things about American single malts right now is that there isn't the formal definition for the category in the same way that Bourbon and Rye have those definitions. But there are more than 90 distilleries producing single malt Whiskey in some form in this country. So we've been leading the charge to get that formally accepted within the federal labeling guidelines."

"And we've formed something called the American Single Malt Whiskey Commission, which is a trade organization, to do so. We want to keep the rules pretty loose so that we can allow for innovation, which I think is the strength of the category.” 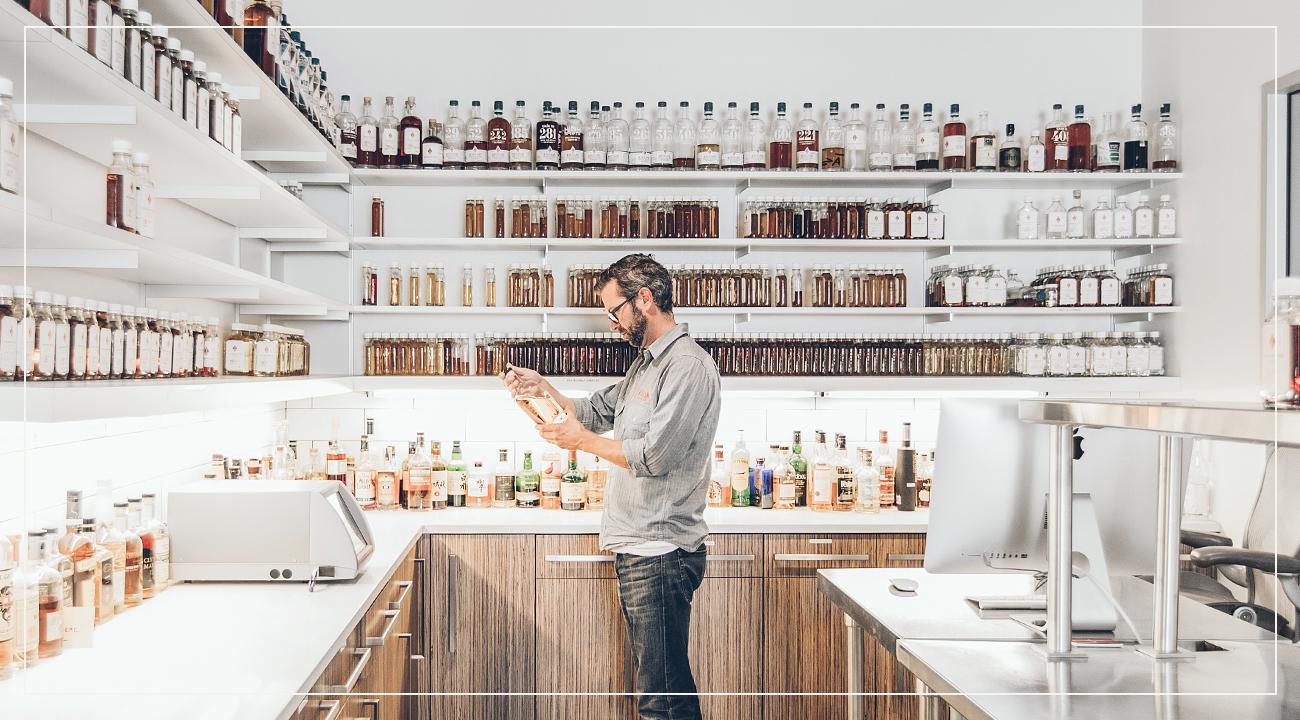 Taking all of that into consideration, we asked Matt what goes into the making of a Westland American single malt and one thing became very clear—it’s all about the Beer.

“Well, the first thing we start with is the malt. We're utilizing all sorts of different types of malted barley in our Whiskeys. We're using roasted malts, which you find in darker Beers like porters and stouts. And those have some really incredible flavors that everyone's familiar with in darker Beers, and yet, they're not used in single malt Whisky at all in Scotland—with the exception of the Glenmorangie Signet."

We're using roasted malts, which you find in darker Beers like porters and stouts.
We basically said, ‘why can't we use really flavorful raw ingredients?’ And there's no good answer to that. So we just started doing it. And that's the foundation of Westland’s house style. In all three of our core Whiskeys,—our American Oak, our Sherry Wood and our Peated—there are some roasted malts in there because we want to highlight malt flavor." 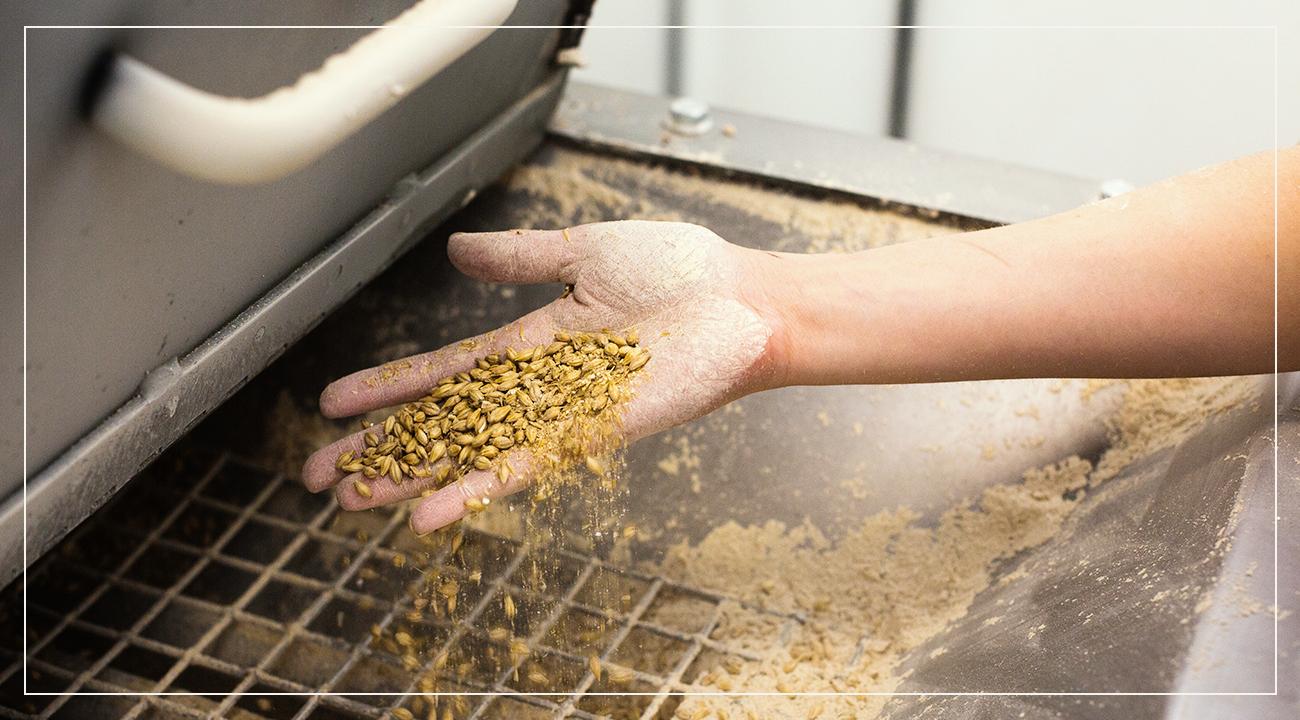 "And the line in Scotland is that malted barley doesn't have any flavor, which I think is ridiculous. That’s like a winemaker telling you that grapes don't have flavor, you know? Isn't that crazy? Doesn't that sound crazy to you? And so we want to celebrate malted barley as a flavor resource."

"Additionally, we use a brewer's yeast strain—Belgian Saison brewer's yeast—that has a ton of flavor but ferments more slowly and yields a little bit less. We get some great character out of it. They don't use any of that stuff in Scotland. They use an almost genetically identical strain of yeast. Every distillery's using the same thing that was bred for yield and efficiency, and not for flavor."

That’s like a winemaker telling you that grapes don't have flavor, you know? We want to celebrate malted barley as a flavor resource.
"Finally, we source really high-quality casks. We're sourcing casks that are actually so different than the Whiskey industry standard, that at the coopers where we source it from, they're actually made in the winery side of the building. Because wineries care about the quality oak. Whiskey distilleries, as a general rule, do not. Which I think is really interesting.” 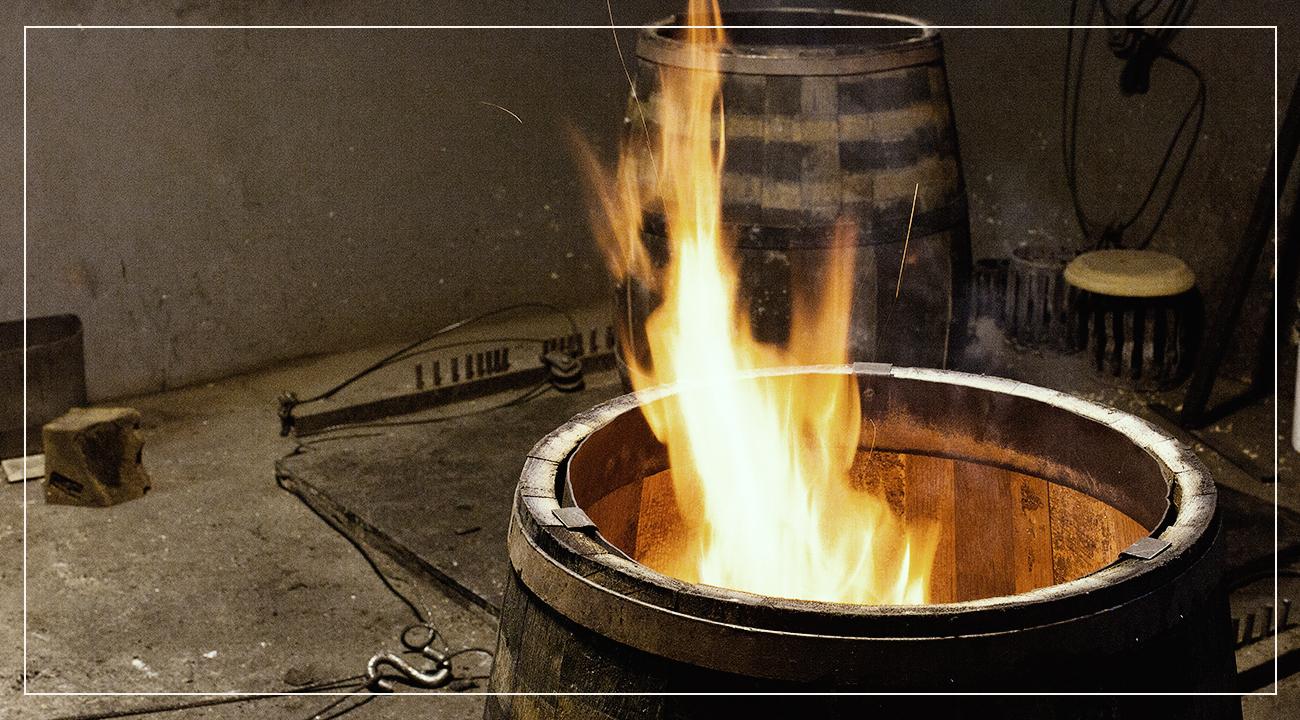 “Distilling caught my interest because you're taking something that's really, really simple—like a humble barley grain, water and yeast—and then you're making something that is amazingly complex that can taste like a number of things. And that was always super intriguing to me."

"I started, as many other American stories of innovation do, in a dorm room and then moved to a experimenting in a garage before I took it to a much higher level with a program in Scotland. But most of the things that make Westland unique, I didn't learn from a program."

"We're not trying to copy Scottish Whisky in Seattle, right? We're trying to make something that's very evocative of where we come from. I'm from the Pacific Northwest. I love it here. I love allowing for the Pacific Northwest to speak through our Whiskeys. We're constantly looking for ways to do that, both through our cultural ties to the brewing influence with the roasted malts and the brewer's yeast, but also the agriculture.”

I love allowing for the Pacific Northwest to speak through our Whiskeys.

Clearly, Matt isn’t one to shy away from flavors. So we took the opportunity to ask him what Westland pairs up with. His answers didn’t disappoint.

“I think the first thing to consider is the whole concept of single malts being reflective of their origin. So you’re seeing some of this in the context, you know? Seattle’s a big brewing town. Having some typical brewer ingredients in a single malt can be a really interesting thing to consume on its own. But then you tie that in with a Beer, for example, from Seattle, and explore the classic boilermaker concepts in a way that's really tied to the region. You get a great Seattle craft Beer along with our Whiskey, and you're experiencing that classic combination of a Beer and glass of Whiskey in a way that's entirely new and reflective of where it comes from. You know, that's one great place to start." 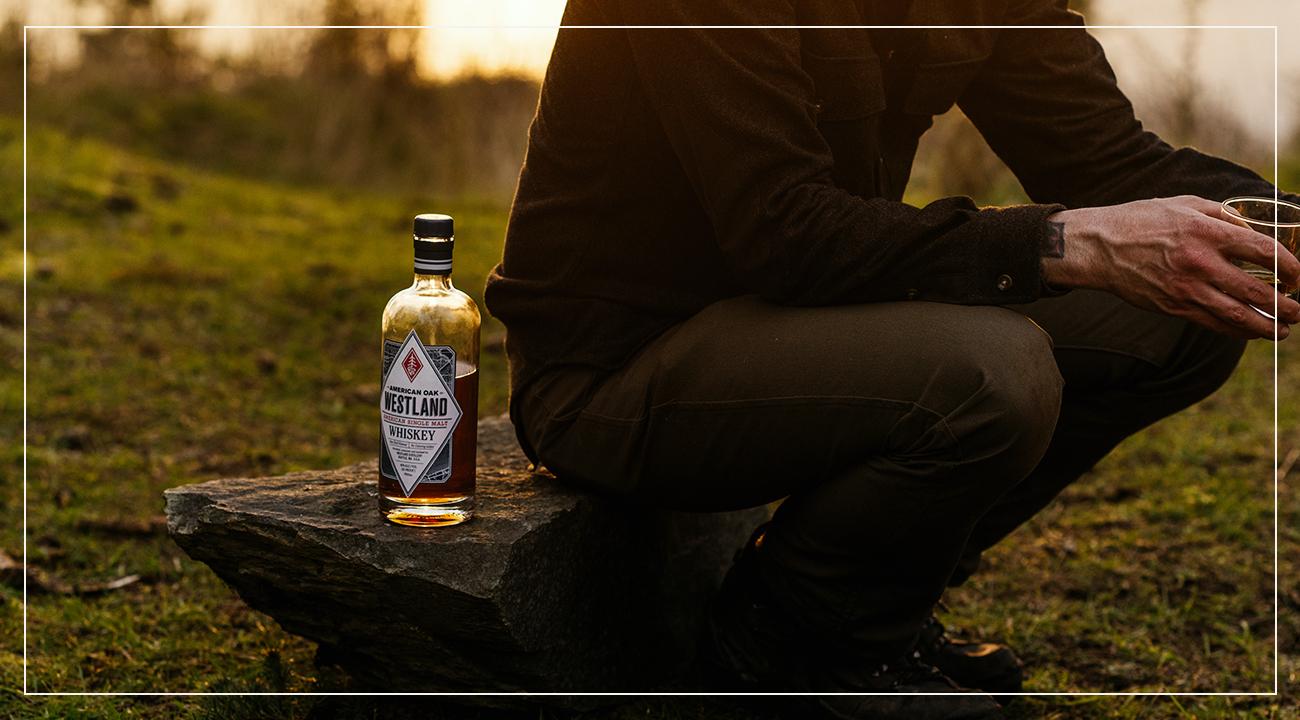 "Oysters are huge here. Oysters and peated Whiskey are a great combination. Even just putting a drop of Whiskey in the shell with the oyster liquor and drinking it. We've done a ton of stuff on that front."

"But then also looking at some classic spirit-forward cocktails and reinterpreting it. Not even reinterpreting it, just discovering how amazing it can be with American Single. I'm not just saying this because I'm biased—which I am, and I admit to that—but I honestly believe that our American Oak Whiskey makes the best Manhattan in the world.”

1) If you could have one superpower, what would it be?
I'd love more time. I don't know if this is really a superpower, so maybe the answer is to live forever—but that's not quite it. I love experiencing all sorts of different flavors and cultures. You could spend lifetimes, dozens of lifetimes, exploring all those different things. I wish I could replicate myself and have different experiences all around the world.

2) How would you explain Westland Single Malt in three words?
Authentic, thoughtful and compelling.

3) What is your favorite music and what drink goes with it?
I'm kind of all over the place on music—genuinely. I don't necessarily listen to certain categories, but just different styles of music that are more conducive to social atmospheres, you know? Whiskey can be experienced in two general ways. One is in the social atmosphere that it creates and the discussion that it fosters. And with that, the same style of music—no matter what the category is. But I also really love how Whiskey can be very contemplative and a vehicle for independent thought. And that, I think, pairs with more serious music. But generally speaking, I'm leaning more towards the former. Ultimately we should be having fun and enjoying ourselves.

4) What would you eat and drink for your last supper?
There's a restaurant called the Willows Inn on Lummi Island here in the Northwest. If I was going to have a last supper, it would be there. Because you're eating food that comes entirely from this island, surrounded by big fir trees and looking out at the sun setting over the Pacific. It's pretty fantastic.

5) What’s your second favorite Whiskey?
Increasingly, I'm becoming much more enamored of Whiskeys that are trying to be authentic to who they are. Personally, I'm biased because I really like Bowery as well. But also, the Japanese Whiskies like Chichibu. Ones that use our oak are really, really exciting. There's a lot of them that I like, but something from Japan that feels like it's from Japan. Usually, that's Chichibu.

The future is wide open for American single malts right now. And as the spirit continues to pique distilleries’ interest, the possibilities grow exponential. We asked Matt what the crystal ball holds for Westland.

There're a lot of interesting ideas and raw creativity that we as a brand, in particular, have refused. Because it doesn't contribute to our main mission.
"So we're investigating raw ingredients that are coming to us from Washington State. The malting process, different barley varietals, the Washington state peat, our local oak species." 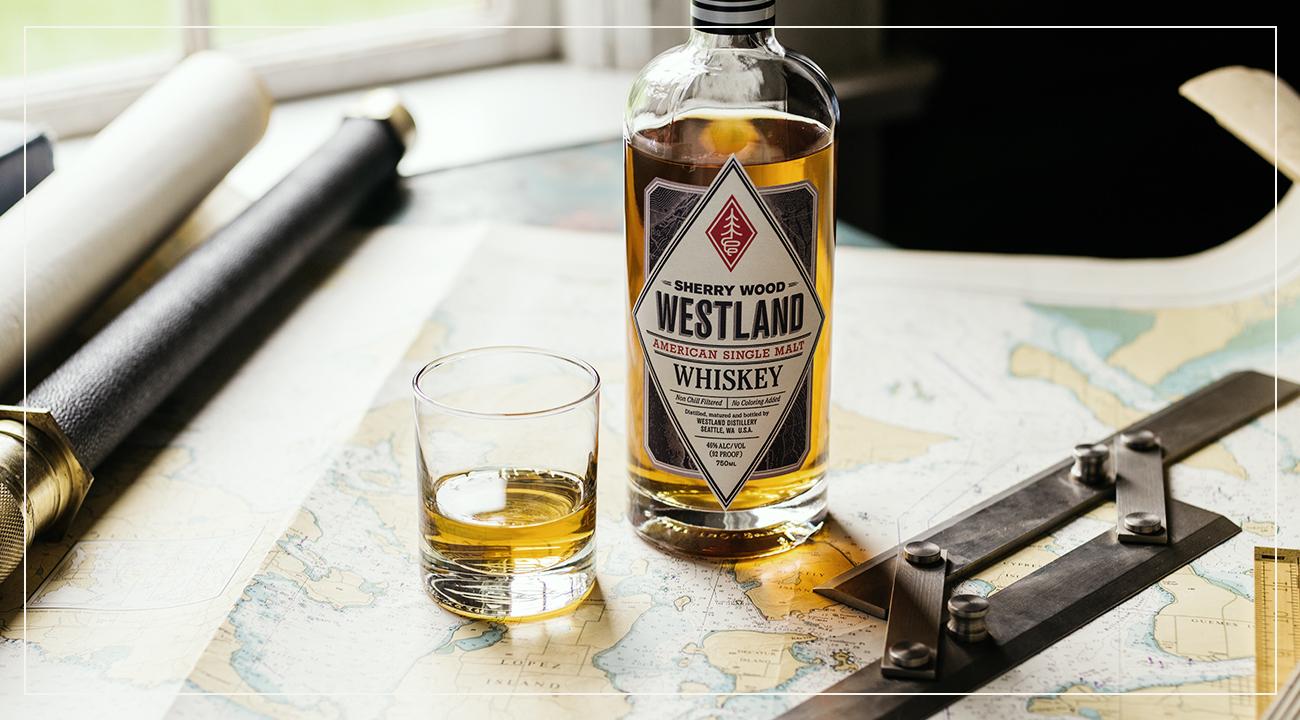 "And then it's also about communicating that. That's been a really exciting thing. Not just domestically, but globally. Communicating that message to people has been amazing. Because some of these ideas are well-known in other parts of the world and are beginning to catch on in the States. We're working with a lot of like-minded individuals in the spirits, food, Wine and Beer world to communicate this as a philosophy of life—pursuing things that are authentic and have meaning. It’s amazing to see that light bulb click with people. It's a great feeling.”
Read more about:
Published Jul 2nd 2018
By Jackie Gutierrez-Jones