A Brief History Of The Martini 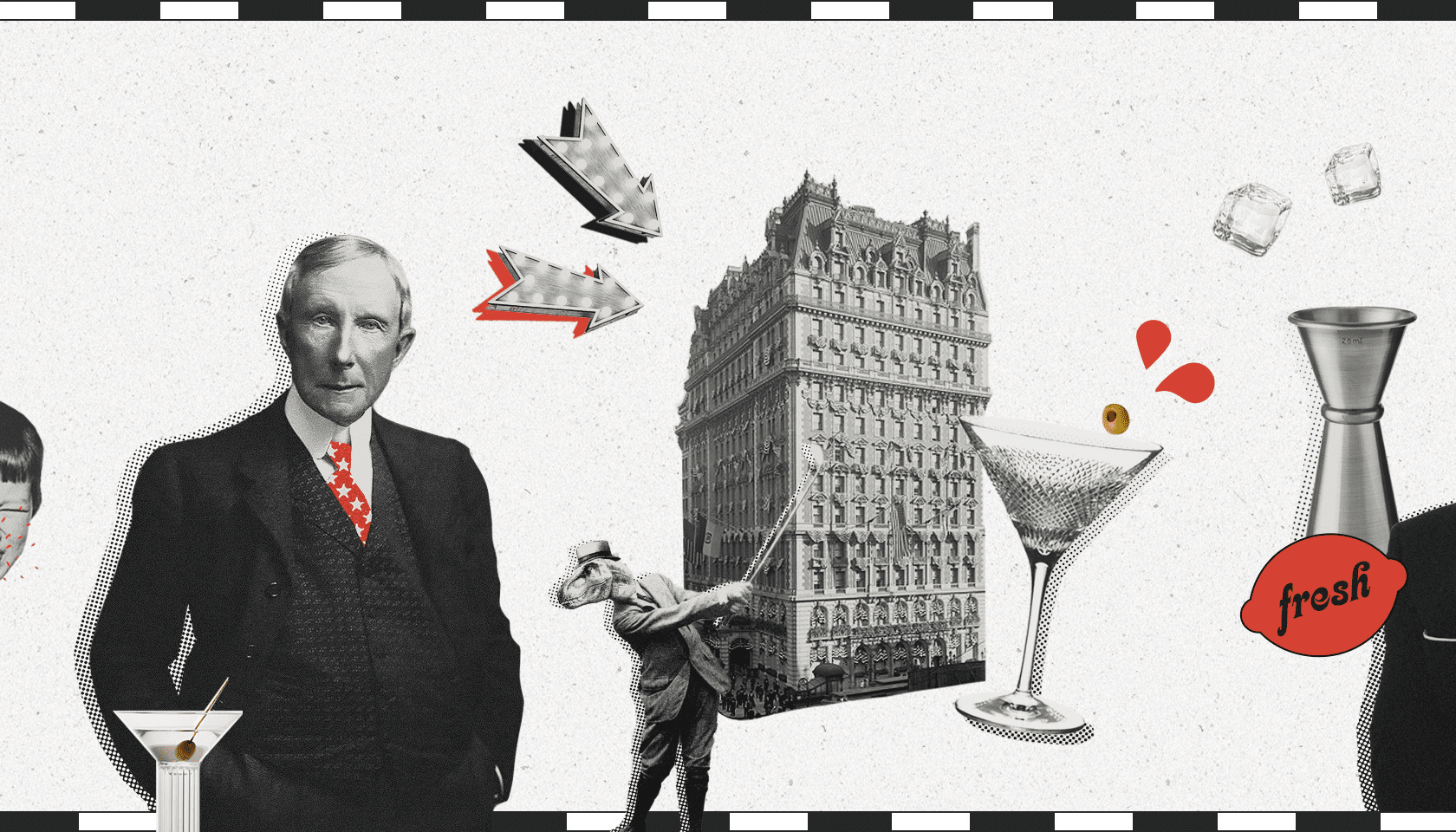 The Martini. Possibly the most legendary cocktail in the world, James Bond's favorite tipple. But do you know where the Martini originates? Who invented it? And how many variations of it there are? Dive into a world of class and sophistication with this Brief History of the Martini.

A glass of water, please. Wait, what? No! Something's wrong. Something’s missing! Is it a double entendre? No… Is it a cool gadget? No, that ain’t it…Vodka Martini, shaken not stirred.

YES, It’s Martini! The sexy sophistication in a glass, the beautiful cocktail that made Hemingway feel civilized – before he violently wrestled a bull and set a piano on fire, I imagine.

Hi, I’m Krista Curry, and this is A Brief History of the Martini. Before we learn how wrong James Bond was; what Martini has to do with Rodney Dangerfield peeing, and how to make a mean Martini yourself, subscribe to our channel and hit that bell button, so you never miss another boozed-up video.

Now, as is usually the case with cocktails, nobody really knows who invented the Martini. No, it wasn’t the famous Italian Vermouth maker, but they did advertise with a slogan “It’s not a Martini unless you use Martini.”

The myth goes that John D. Rockefeller visited the Knickerbocker Hotel in 1912, where the bartender offered him something new: equal portions of gin and dry vermouth plus a dash of orange bitters. The oil baron loved it, and the new cocktail soon became a huge success all across America, especially among the cool cats and flappers of the 1920s.

Then, the Prohibition came, and the only gin available was bathtub gin, which … You can imagine didn’t taste that good. But people still wanted their Martinis, so bartenders poured more vermouth in, making the ratio 50/50. That’s what we now call Extra Wet or a Perfect Martini.

By the 50s and 60s, Martini became the go-to cocktail of cosmopolitan businessmen and executives. They were known to take long “three-Martini lunches,” which makes me wonder just how hard being a CEO is.

Martini became a symbol of class and refinement, and it enchanted big names like Frank Sinatra, Franklin Delano Roosevelt, and Francis Scott Fitzgerald. So, basically, anyone whose name was Frank.

Anyway, the legendary Rodney Dangerfield drank so many Martinis, he said his urine sample had an olive in it! Always the one to keep it classy, Rodney.

Now, you have to be a bit well-read when it comes to cocktails because the fine art of mixology insists on throwing fancy words around. Like, what the hell is a dash?! It’s one-fifth of a teaspoon. Don’t worry - you can just wing it.

With Martinis, there are a couple of concepts you should know. First, let’s go back to the dashing Double-Oh, who famously ordered his Martini shaken, not stirred. Well, guess what! Literally, every bartender will tell you that shaking dilutes a Martini while stirring it makes it smooth.

See, every cocktail that’s booze-forward should be stirred to create a smooth mouthfeel and the perfect dilution. So the murderous philanderer here should really say “stirred, not shaken - because I’m not a savage.” I guess people will believe anything a man with a tie says.

But what’s the deal with dry Martinis? (dad-jokey) They all seem wet to me!

The drier the Martini, the smaller the amount of vermouth. As I said, the Prohibition Martini was 1:1, but the ratio changed through the decades. In the 1930s, it was 3:1 in gin’s favor, while the Forties wanted four times more gin than vermouth.

Or, if you were Sir Winston Churchill, you kept your ratio 1:0. “I would like to observe the vermouth from across the room while I drink my Martini,” he quipped. The cheeky bastard.

By the way, did you know Churchill wasn’t really a bumbling drunk? Go check our video on his favorite drinks!

But do you know what isn’t useless? Subscribing to our channel and never missing another video! Come on, do it. I’ll wait. … All set? Alright, let’s make a Martini!

How to make a mean Martini?

"Making a good Martini isn’t so much about the recipe since it all comes down to your taste, but about making sure all the details are taken care of. What you really need is gin and vermouth. The brands don’t really matter as long as the gin is top-shelf, and the vermouth is fresh. The ratio is also entirely up to you, so try different versions and decide on which one’s your favorite.

The most crucial part, however, is temperature. It’s often called the fourth ingredient, and it will make or break your ‘tini. Keeping your gin and vermouth in a fridge is smart, but most importantly, keep your glass ice-cold, so the drink stays cold longer.

The easiest trick? Store your glass in a freezer!

Now, the recipe. Take your mixing glass filled with ice and combine gin and vermouth. Stir for 30 seconds and strain the mix into your chilled Martini glass. If you’re feeling wild, add a dash of Angostura bitters, garnish with a lemon twist, and voila!

You now have what H.L. Mencken called “the only American invention as perfect as the sonnet.”

That’s all, folks! It doesn’t matter where you are, having a glass of Martini will always make you look and feel chic. Which kind of Martini do you prefer? Dry, wet, shaken, stirred? Tell us in the comments below.
Bye!