Meet the Owner of the World's Largest Private Rum Collection 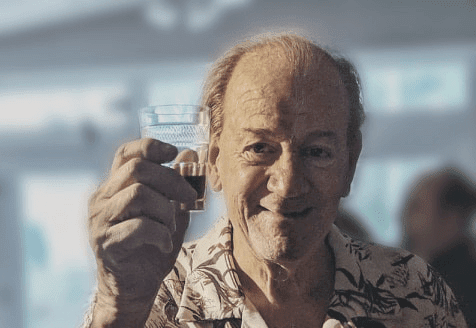 During the 2019 Tales of the Cocktail I had the opportunity to visit with one of the legends of the modern Rum world: Stephen Remsberg, retired lawyer, Rum historian and owner of the world’s largest private Rum collection.
He currently owns nearly 12,000 bottles dating from the 1870’s to modern releases. His historical appreciation of the Prohibition era of the United States, firsthand observations of the first age of Tiki and its renaissance, and his knowledge of extinct and modern Rum brands is beyond compare.

Due to this knowledge Stephen Remsberg has spoken at many events and even shared the stage with fellow Sage of Rum, Jeff Berry. Stephen generously took time out of his schedule to sit down with me on behalf of The Flaviar Times and talk about the past and present Rum world. 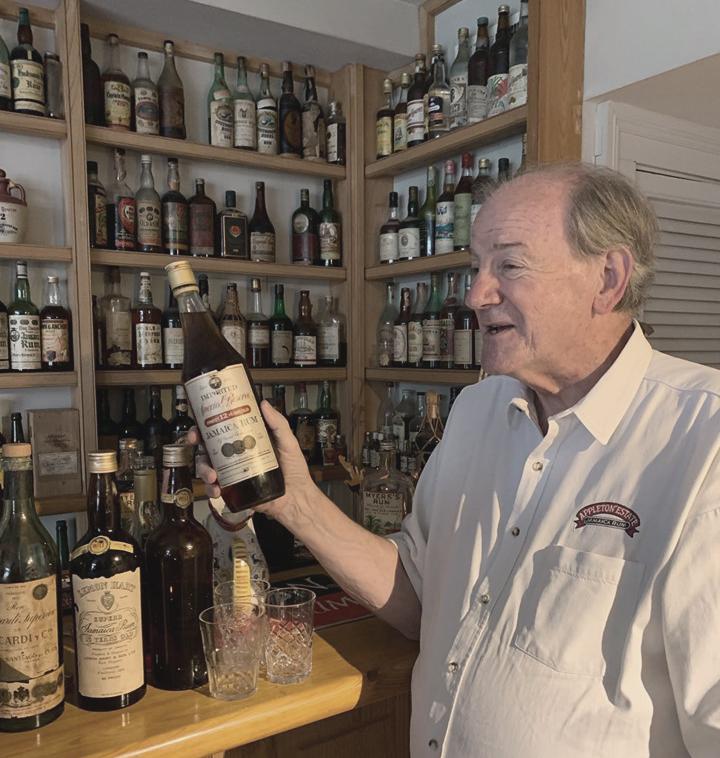 The setting: Stephen and I are sitting in his dining room. On the table and around the room are Rums I have only seen pictured in books or seen referenced in old cocktail recipes. As he pours us both a dram of Old Jamaican Lemon Hart Rum we begin the interview.

Thank you for taking the time out of your schedule with me and the readers of The Flaviar Times. How did you discover Rum?

Stephen: My career, if you can call it that, began as a regular customer of both Don the Beachcomber and Trader Vic’s and I am lucky to still have the memory to talk about it. It was through those cocktails that I found Rum.

Did you have a preference between the two?

Stephen: I preferred Don the Beachcomber; the style of the drinks was much more to my liking and the mystery of not knowing what any of the recipes or ingredients were.

Trader Vic’s line of drinks was sweeter and simpler. They were delicious; no doubt about it. One of the biggest shocks of my life is when I discovered the Chicago Don the Beachcombers was gone.

You have seen Tiki almost go away and then come back. What do you think about the new world of Tiki?

Stephen: I am delighted, loved the Don the Beachcomber and it is good to see Tiki cocktails and ambiance again. One of my favorite drinks of all time was the Q.B. Cooler. It blew me away, but the drink was $2.75 when I had a 10 dollar weekly budget for entertainment.

So instead I would stretch my money and drink Jamaican Planters Rum Punch for $1.75, $1.50 Beachcomber’s Punch, $1.50 Montengo Bay a small cocktail, and another small cocktail called the Shark Tooth for $1.50. That way I could spend six dollars on cocktails and have a nice tip for the bartender.

The Chicago Don the Beachcomber was an excellent supper club and the people were the show. Always dressed to the nines, it was fun to sit at the bar and watch what was going on.

A post shared by Ad Ladies Who Tiki (@ad_ladies_who_tiki_ny) on

Are you still on the hunt for new Rums?

Stephen: I still check on three London based internet auctions. It is getting rarer and rarer to find Rums I do not already have.

Do you have any advice for collectors on how to preserve their Rums?

Stephen: Put them in a dark cool place, store them upright, and do not move them much. Occasionally tweak the caps and make sure they are tight, that is about it. 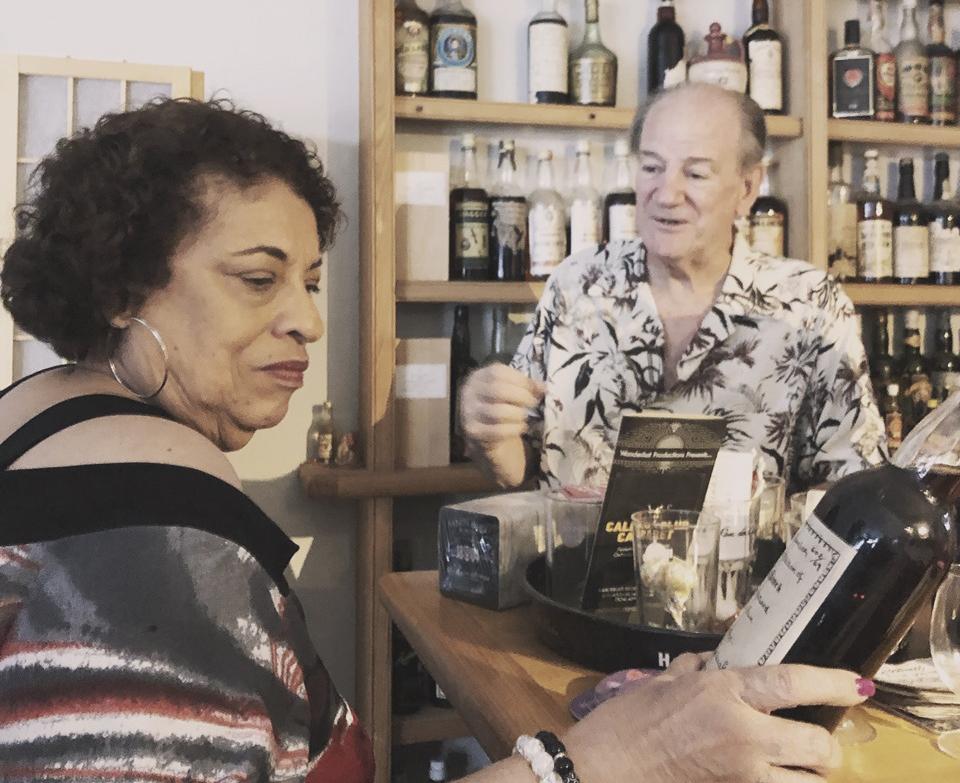 Of all the Rums you have tried, do you have a favorite?

Stephen: Circa 1937 J Wray and Nephew 15 year old Special Reserve. I fell in love with it the first time I tasted it. I always sat in the same spot at Don the Beachcombers, and I ordered a Shark Tooth - it came in a short stemmed glass filled with iced and the first time I ordered it came with a side shot glass.

The bartender poured the Rum it in and startled me. I told him I was going to sip that. A little mortified he went to the service bar, and retrieved the bottle, showed it to me and refilled the shot glass.

I sipped it and thought “Damn this is good” and I have been intrigued with the aroma ever since.

(He grabs a bottle of the Rum and pours us both a dram of it. He is, of course, correct - the aroma is exquisite and flavor unlike anything sold in stores today.) 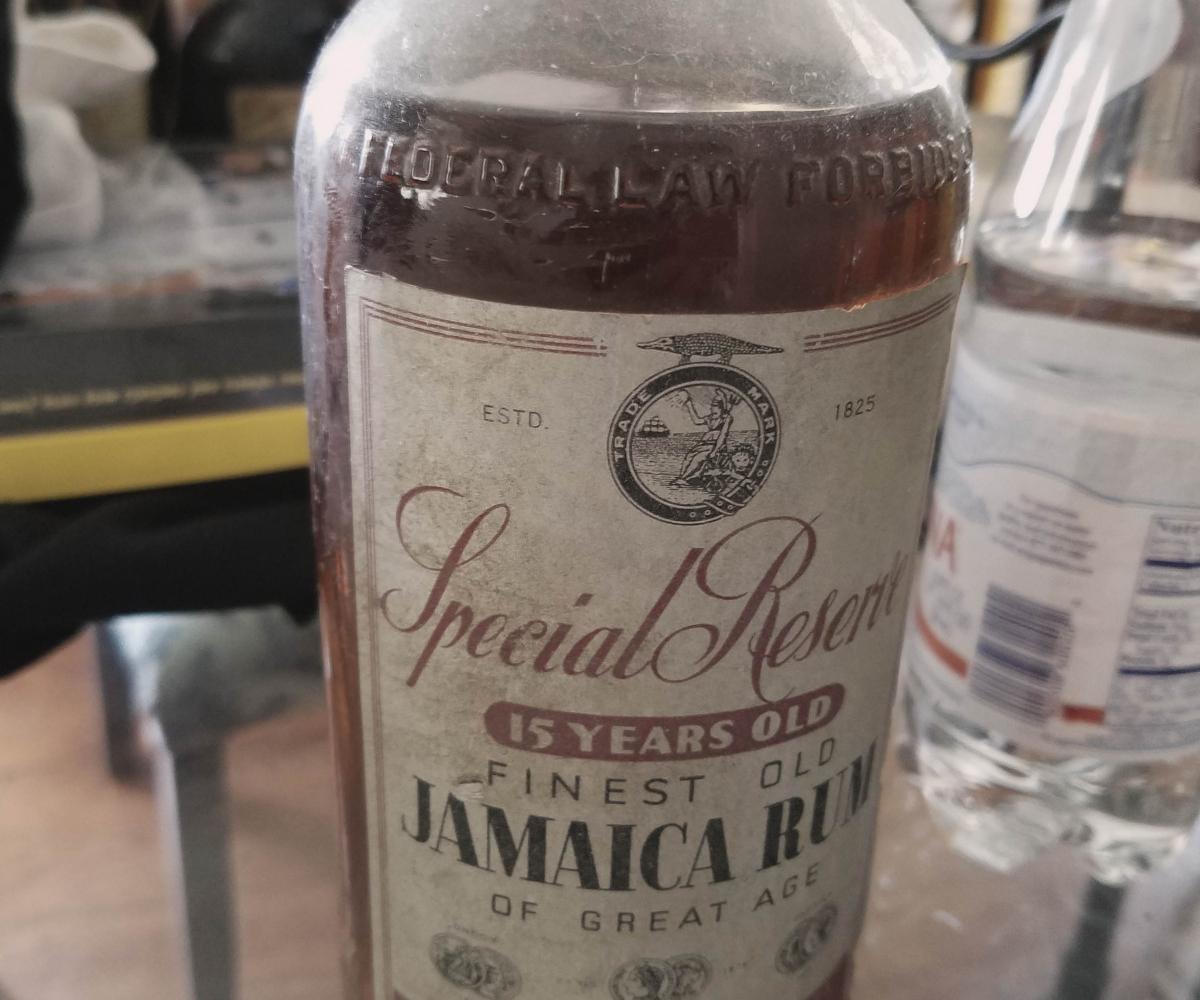 If there was one extinct Rum that you could recreate, what would it be?

Stephen: It is that J Wray and Nephew 15 year old Special Reserve. Alexandre Gabriel had a pipe dream that he could recreate it, but he did not hit the mark.

Was that Plantation “The Collector” Jamaican Rum?

We live in interesting Rum times. What excites you about the modern Rum world?

Stephen: With all the craft Rums being created they are some that are mediocre and some Rums that are damn good. Unfortunately the economics of the trade means they have to make and sell Vodka for six months.

What concerns you about the modern industry?

Stephen: The lack of integrity in an age statement on a label. It just appalls me. I have not bought a bottle of Zacapa since reading about how much was added to it.

I am aware that there have been attempts to acquire your collection. Do you have any long-term plans for it?

Stephen: The disposition of the collection has become more pressing every year. It's like putting your child up for adoption ——You have to find the right person. 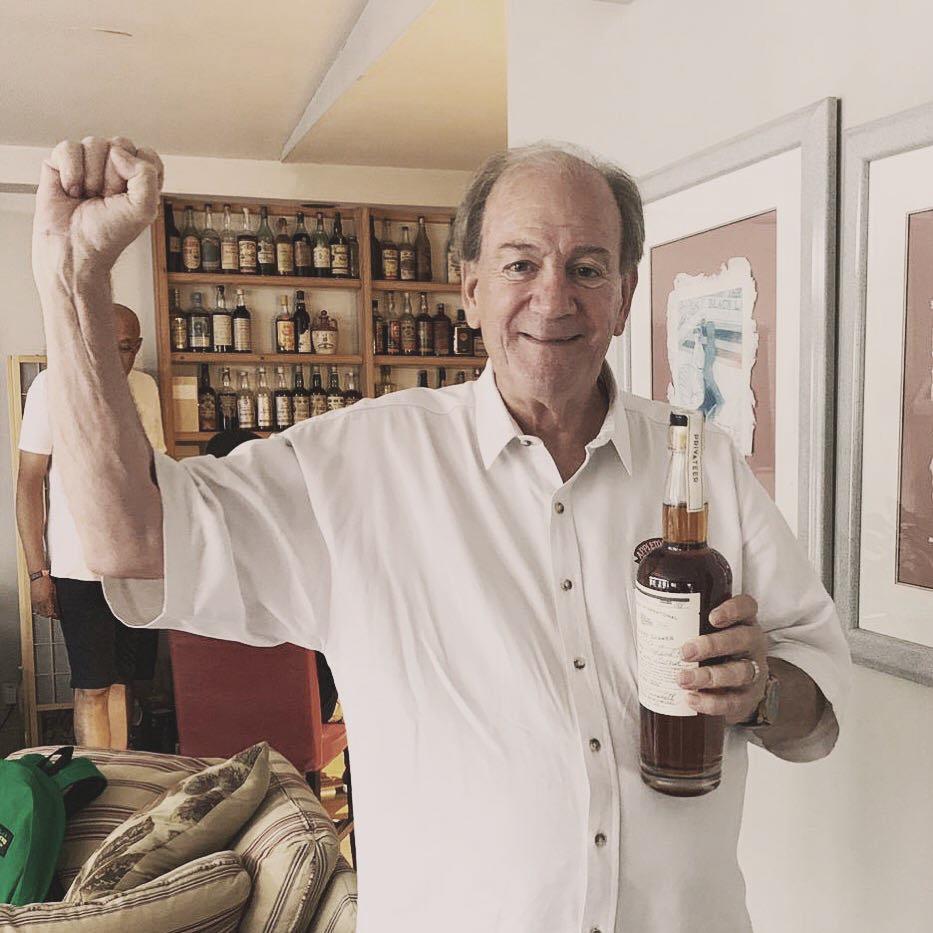 Do you have any Rum books that you reference or recommend?

Stephen: There are virtually no serious Rum books. With the invasion of Whiskey blenders into the pool of people writing about Rum, the books have become compilations of tasting notes… That are useful, but they cover only the brands current when the author made his two-week blitz of the islands. All the successful brands of today evolved from tweaking the brand over several decades. Our ambitious author has no way of tasting all the grandparents of the brands he's being shown today.

That was the point of my collection. When you browse the collection, you can taste how the Rum styles have evolved and you can wonder whether it was for the better. I can do that at my own pace. I don't have to make a return flight.

Of the tasting memories, Dave Brooms's is the best. One wonders how he managed evaluating 400 samples before lunch, every day but I take him at his word.

But if you really want to know how Rum evolved over the last 300 years, there are only two books that treat the history of the great English trading companies that really invented Rum, together with the distillers who struggled to produce what would sell. They are "Rum Yesterday and Today" by Hugh Barty-King and Anton Massel, and "Caribbean Rum" by Frederick H. Smith.
*Interview edited for brevity