Sephina: The Spirit of Josephine Baker 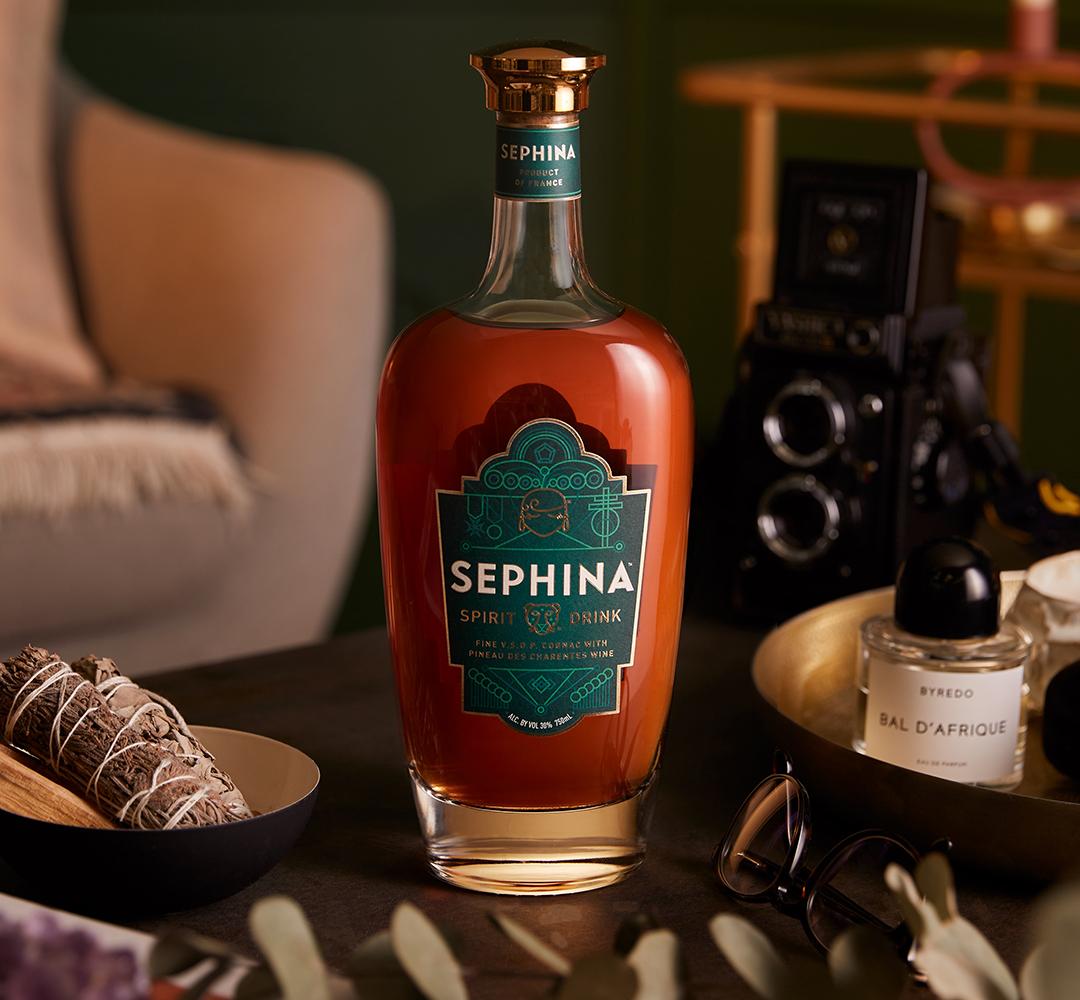 How do you describe a life like this? How do you catch that Spirit in a dram? Freda Josephine McDonald, or as you probably know her, Josephine Baker, is rightfully and equally famous for - a lot.

For one, she remains an inspiration we adore through the prism of an icon. One can easily spot a visual 'Black Venus' reference or a quote, but we were looking for a tasty and credible liquor-centric interpretation, and boy, do we have good news for you.

Before jumping banana-skirt-first into the delicious Sephina, we need to talk more about Miss Baker, born June 3, 1906.

Why was Josephine Baker famous?

She had a rich life and accomplished many down-right unbelievable things. She was a bi-racial (according to the research in her son's biography), actress, performer, activist, World War II veteran, humanitarian, and mother from Missouri who migrated to Europe to escape the 'roaring racism' of the early 20th century USA.

She quickly got the nickname 'Toast of Paris' in the Golden Twenties, where she gained recognition and popularity by performing in 'vaudeville shows.' Though she was primarily a singer and dancer - the ultimate Charleston girl and was the first woman of color to star in a significant silent film, it's her costumes and looks that seem to have the firmest permanent chokehold on celebrity and editorial fashion, still.

Josephine married 4 men in her lifetime, kept her 2nd husband's last name, and raised her 'rainbow tribe' of 12 adopted children with her 4th. Her sexual orientation and love affairs are still widely debated, like the supposed love affair between the 'Creole Godess' and Mexican painter Frida Kahlo.

Women supporting women. Never one for one-dimensional existence, Josephine also cultivated some high-profile friendships with famous women of the day. We're talking Marilyn Monroe and Grace Kelly, people. Those friendships came from the mutual disdain for the day's gross racial policy and climate. It was a matter of survival and setting a precedent.

Ok, so re-creation is a fairly high form of flattery, but the craft Spirit blend of V.S.O.P. Cognac and fortified Wine is up to par with the gravitas of the legend at dram.

Let our in-house Spirits expert David Wondrich take you through every drop of the process and see what he has to say about it: "Sephina is a blend, but it's an intimate one, made from two components which are essentially close family members. It consists of 56% VSOP-grade Cognac, and 44% Pineau des Charentes." What is VSOP Cognac?

Everyone knows Cognac, of course. It’s the flagship of the world Brandy fleet and has been since the early 1600s. But what is VSOP? David Wondrich explains: "VSOP—“Very Superior Old Pale” is an old Brandy-merchant’s term that originally meant that the Brandy had been allowed to age to maturity in well-used casks, so that it wouldn’t get too dark and woody.

"Nowadays, it simply guarantees that the Cognac is at least four years old. That doesn’t sound like very much, but it’s a minimum, and older Cognac is blended in. And besides, southwestern France isn’t, say, Scotland: it’s a hot climate, and things age much more quickly."

"But that idea that the Cognac shouldn’t be too woody; that it should be full and round and mellow, persists," continues Wondrich. "Where Whiskey makers tend to put their product into the barrel and leave it until it’s ready, French distillers like to move it around between newer barrels and older ones; between dry cellars and humid ones.

"That way it gets enough oakiness to make it rich, but not so much as to make it bitter or woody. The result is a Cognac aged enough for sipping, but still lively enough to make a good mixer."

What is Pineau des Charentes?

The other component, Pineau des Charentes, is a little less well-known. David Wondrich says: "It’s made by taking fresh, new Wine that would otherwise be distilled for Cognac and, just as it starts to ferment, pouring in some strong (at least 60% abv), youngish Cognac (it has to be at least one year old, although two- or three-year old is more common).

"Yeast makes alcohol, but it doesn’t like it: the Cognac stops the fermentation cold before the yeast can eat all the sugars in the Wine. What you’re left with, after some aging, is an extremely pleasant, lightly-sweet, lightly-acidic aperitif that’s between 16 and 22% alcohol."

"These things--Pineau is just the most prestigious version; most French Wine regions have their own—might not be well known outside of France," continues Wondrich. "Inside France, however, it’s considered a country treat, the kind of thing you buy from small roadside stands in Wine country." Sephina, then, is rather like a turbocharged Pineau, one made with a lot more - and a lot better - Cognac, and this is David Wondrich's advice how to drink it: "You can sip it, of course, with ice or without as you prefer. Two or three ounces of it stirred with ice and a couple of dashes of bitters it makes a lovely aperitif cocktail."

You can also shake up two and a half ounces of it with a half an ounce of fresh-squeezed lime juice for a version of the classic French Pompadour cocktail.

How did they catch this cloud and pin it down to an outstanding & layered mouthful? Must be true what she said: "Art is an elastic sort of love." Cheers to that.