The Smoky Redemption Is Here: Behold, Son of a Peat Batch 03! 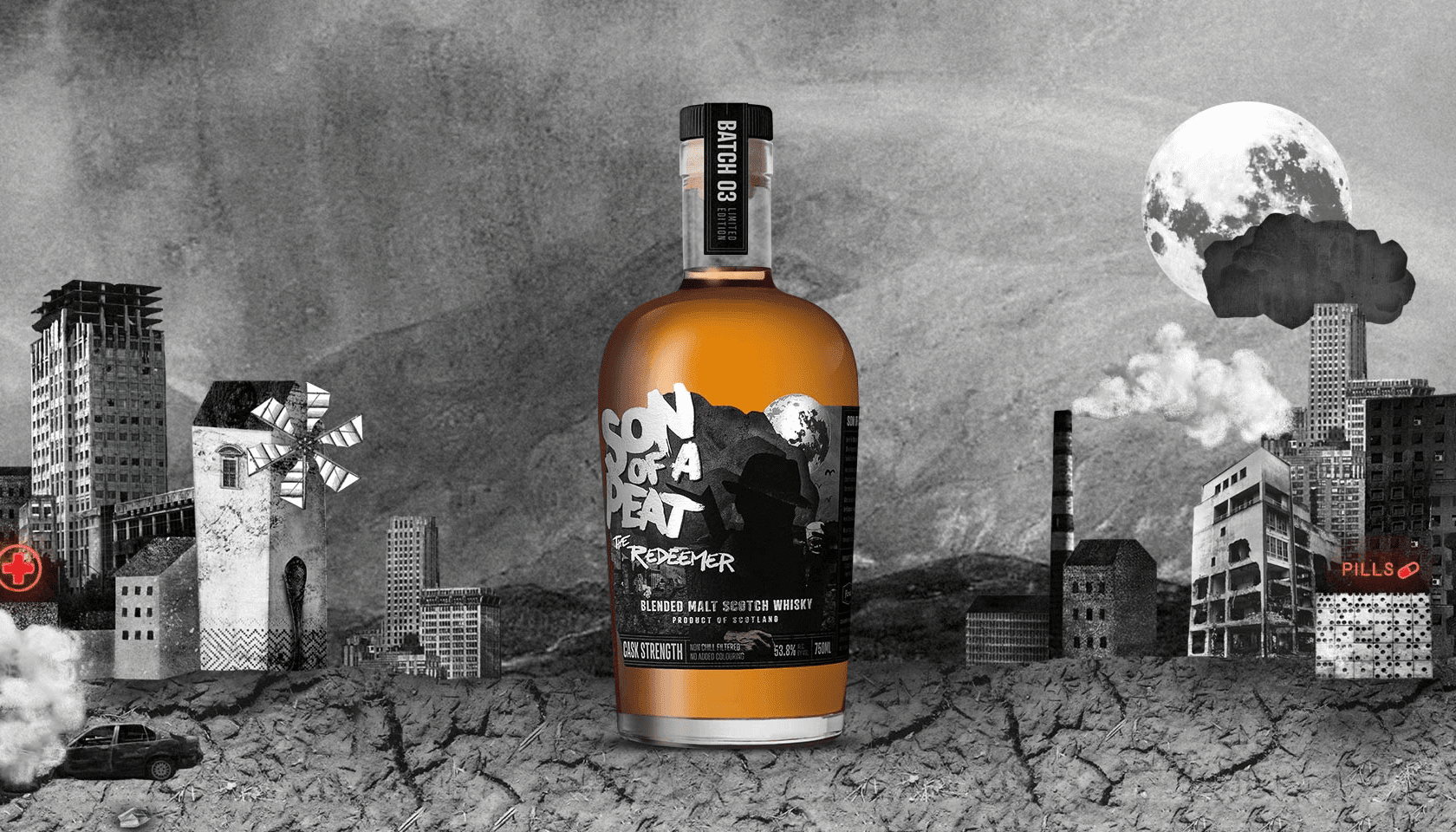 Here’s a fancy phrase for you: omne trium perfectum. It means everything that comes in threes is perfect. That’s why they only made three parts of Back to the Future.
We’re proud to announce that our gritty and peaty Son of a Peat series is now a trilogy, and thus perfect! Yes, Batch 03 is officially out!

Peat! Son of a Peat. It’s Flaviar’s first very own peated blended malt, made for our Members and designed to be both high-end and approachable. The name of the newest release hints two chapters came before it: the Numero Uno emerged in 2017 AD, while its sequel materialized in 2019. 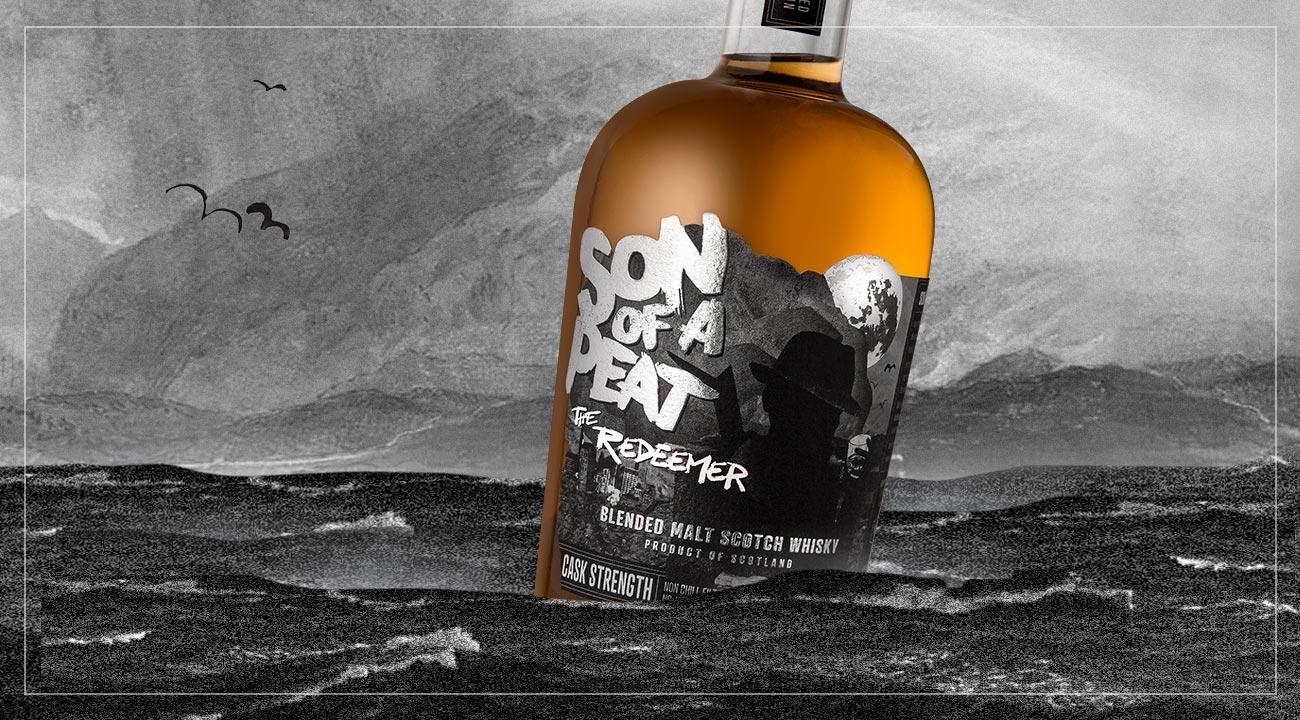 The O.G. took the world by storm and won two Silver Medals; one at San Francisco World Spirits Competition 2018, and one at IWSC 2018. The sophomore release also won Silver at IWSC but decided to outshine its daddy and won Gold in San Francisco.
If we had to distill Son of a Peat’s essence to one sentence, we would say it’s a vigilante that wants to bring good Whisky to people. And since it’s one helluva character, we’ll just personify him.

How dare you? Of course, it’s not good - it’s bloody diabolical! Son of a Peat III follows the action movie formula: the third act is more explosive, packs more punch, there are more quips, and so much smoke you can’t see anything.
The DNA’s the same, but it’s a new beast. Remember when the skinny Steve Rogers stepped inside that beeping machine and came out as buff-and-gorgeous Cap’n America? That’s what Son of a Peat went through, except it involved more violence, smoke, and existentialism.
Behold, The Redeemer; ripped, fuming, and hard as nails. 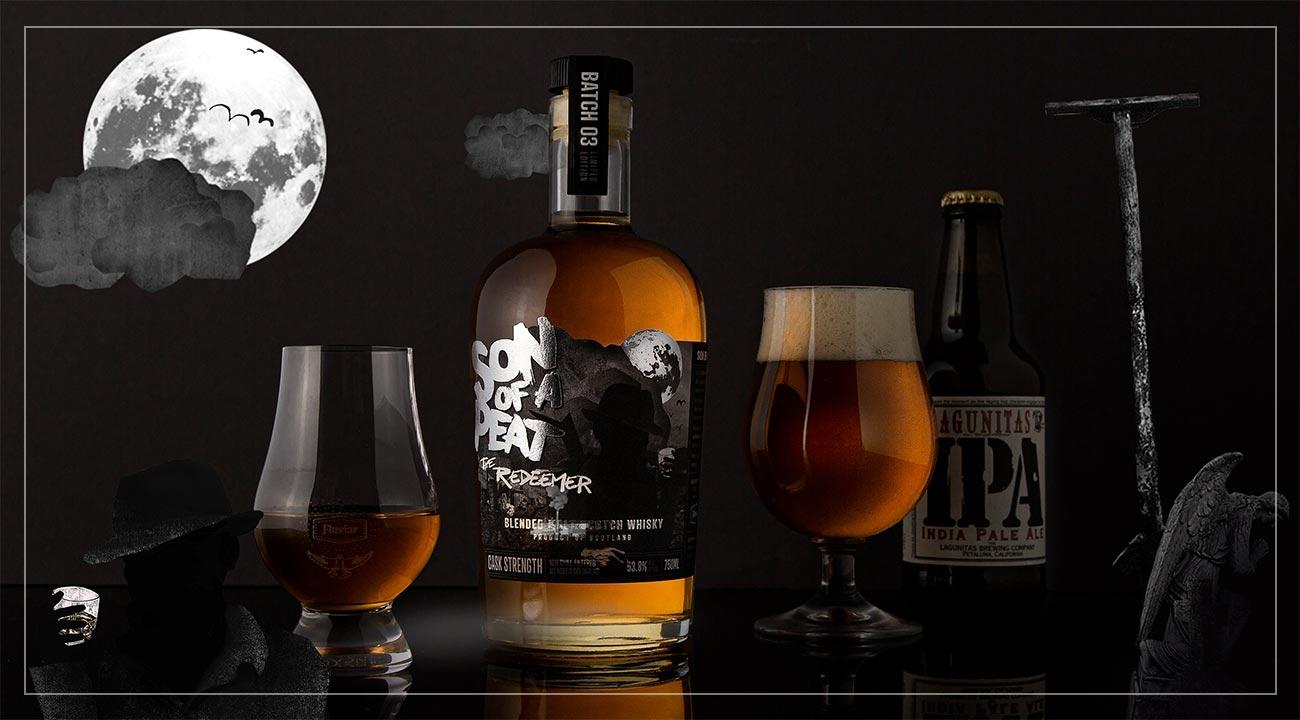 Yes. It’s a badass name, isn’t it? And it has meaning. See, the real fun starts on the dark fringes of the familiar. That’s where the cool kids are setting shit on fire. And fire is the operating word here. And smoke. With fire and smoke comes redemption from the dull and ubiquitous smoothness. If Whisky is smooth, then it’s considered good, they say. Well, it’s time we killed that notion.
Set your khaki pants on fire and don a leather jacket. New pants, too. If you want.

Okay, but what about the juice?

Oh, you’ll love the juice. The Son was forged in the treacherous mists of Scotland, born of fire and earth, a blend of a dozen desperados. The twelve Whiskies in this blend come from Islay, Speyside, the Islands, and the Highlands. They were aged in hogsheads, Sherry butt casks, and ex-Bourbon barrels for up to 20 years.
If your bucket list has “forget smoothness as a defining quality of great Whisky,” cross it out now. Son of a Peat Batch 03 comes with big guns ablaze and a desire to punch you (in a good way). Cask strength, peaty as hell, and no-nonsense character. It's as authentic as they come. No fake-ass color, it's non-chill-filtered, hand-blended, hand-bottled, hand-sealed, and hand-labeled. 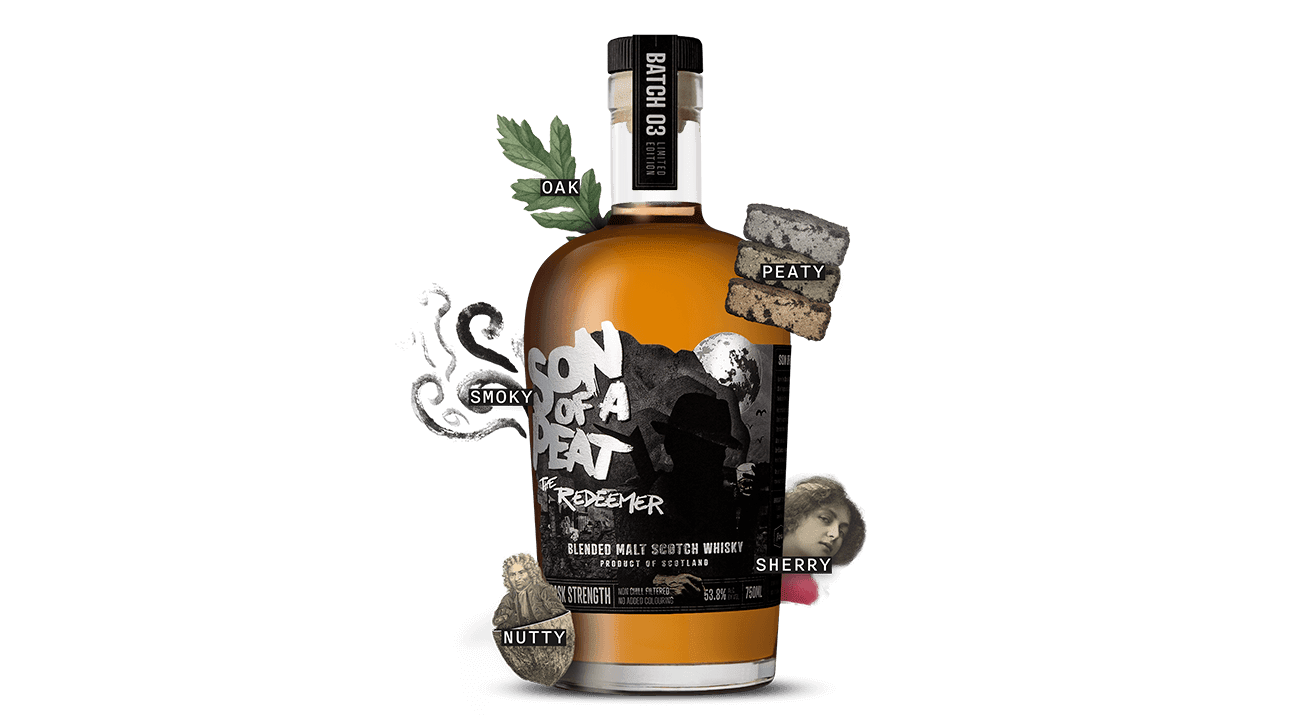 The earthy flavors conjure warm smoke, hints of oak, nuts, and Sherry, while the chocolate and bitter finish lasts an eternity. It's a prodigious peated beauty that clocks at a vigorous 53.8% ABV. That’s 108 Proof, for all you old-school geezers out there.
Everyone’s been saying these are unprecedented times. Well, then it’s time for an unprecedented Whisky. Where there’s fire, there’s smoke, so join the shadowy side of Scotch. Submerge yourself in the Son of a Peat’s dark brooding soul and experience his brilliance and passionate insanity. He will be with you in spirit every time you pop the cork and smell the smoke.

That’s a nice and poetic conclusion of an article, but where do I get one?

Ah, yes. You’d like one, wouldn’t you? There are 3,400 bottles available to Flaviar Members. If you’re part of the tribe, pre-order your bottle here, and if you’re not, consider becoming one. We’re releasing pirave stuff left and right.
So, dear Son, welcome to this insane world. Bring joy to these people.