Stop staring at the screen, have a Whisky instead! 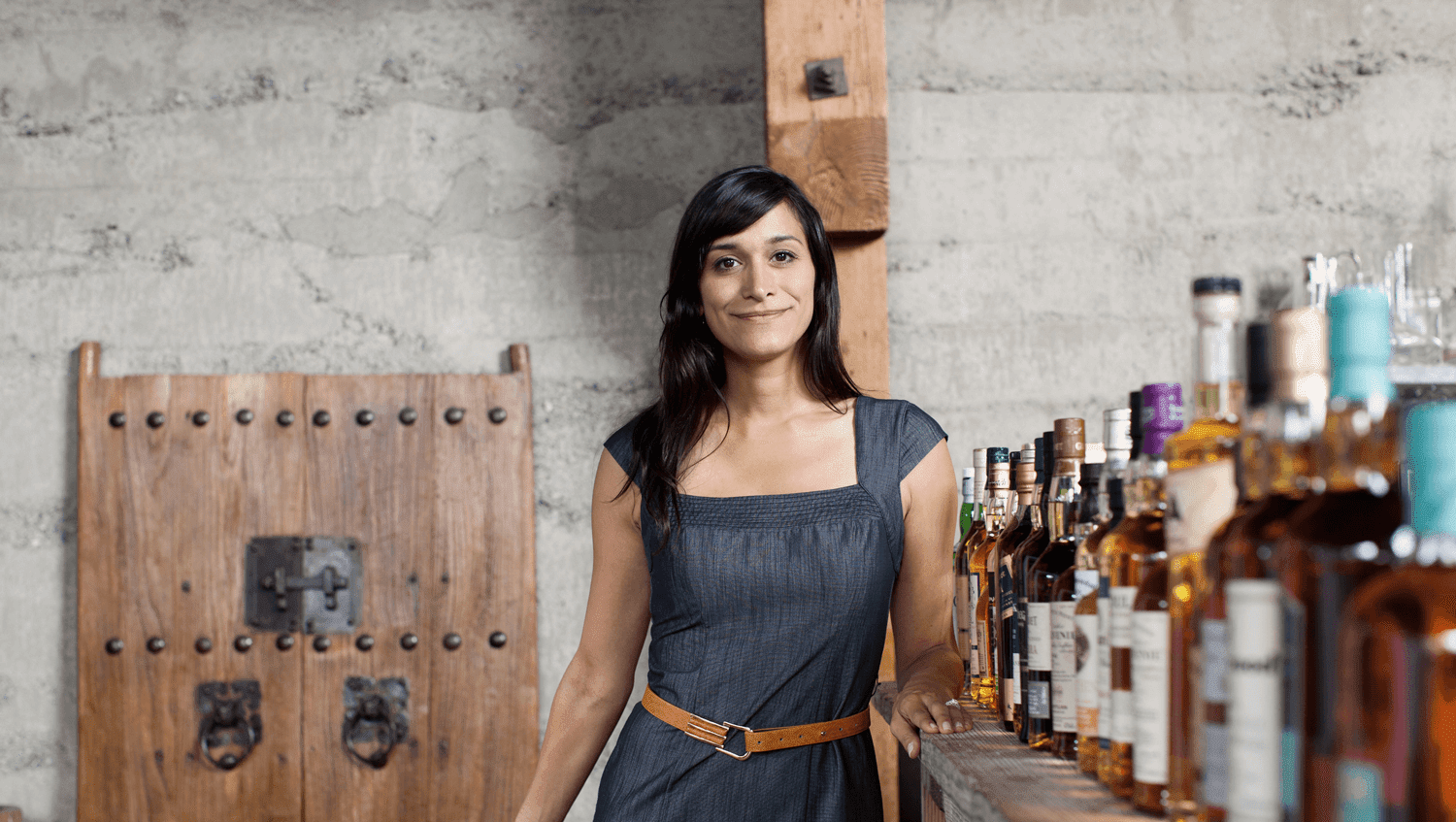 Fifteen years ago, Carin Luna-Ostaseski was a designer, living in New York and drinking Gin Martinis at hotel bars. “I was such a cliché! And I thought I was super cool”. Until one day she gave Scotch Whisky a try and found a passion for it.

A lot of hard work and a Kickstarter campaign later, she now sells her SIA Scotch Whisky across the United States, and she has a new career. Flaviar followed her progress with SIA all along and thought now was the right moment to introduce it and her to you.

1. How do you describe SIA Whisky in three words?
Smooth, accessible, delicious.

2. What’s your second favourite Whisky?
My first love was Oban 14 YO, and it still has that special place in my heart. I’ve also been a little bit into Mezcal lately because my husband is very into it. I like that it has a little bit of the smoky notes; it’s very delicious, even for sipping.

3. If you could have one superpower, what would it be?
I fly airplanes as a hobby and being able to fly without the plane would be super cool.

4. What's your favourite music and what drink goes with it?
Usher! It’s kind of funky, it’s fun and makes you groove. It’s a chill time but fun music.

5. What would you choose to eat and drink for your last supper?
I would do a really, really, really, really good bacon cheeseburger with a chocolate malt milkshake and French fries that have cheese on top. Dessert would be an ice cream sundae with chocolate and sprinkles and a cherry on top.

How did you get into making your own Whisky brand?

I was going through a breakup, and soon after it ended, a friend introduced me to Scotch. I had this extra money every week from couple’s counselling, and I worked next to a Whisky shop, so on Fridays I would walk in and buy two or three very beautiful, very expensive bottles of Scotch. After a while, I had almost 300 bottles of Scotch Whisky, and I became quite a connoisseur, I loved trying different ones and sharing them with people, and I was cured of the breakup (laughing).

I started learning that blenders take different Whiskies, and they blend them in different proportions, so I started doing that. I would come up with different recipes and share them with friends.

A friend said: “You should try Scotch”. And I said no, I don’t drink Scotch, it’s too strong. After I told him I only tried it once, he said: “One time? That’s like saying that you don’t drink red wine, because you had one red wine”.

At the time, I worked as a creative director, sitting behind a computer desk and making designs so that people can just stare at their phones the whole day. And that’s not what I wanted my legacy to be. I had a formula for a recipe, but I didn’t know anything about the Whisky world or spirits world for that matter. I wrote to about 80 distilleries and went to Scotland several times. I got 80 NOs.

I wrote to about 80 distilleries and went to Scotland several times. I got 80 NOs.

Then I got a yes, finally, from a person who would later become my importer company. It’s a father and two-daughter team, and they walked me through everything and eventually became my business partners. 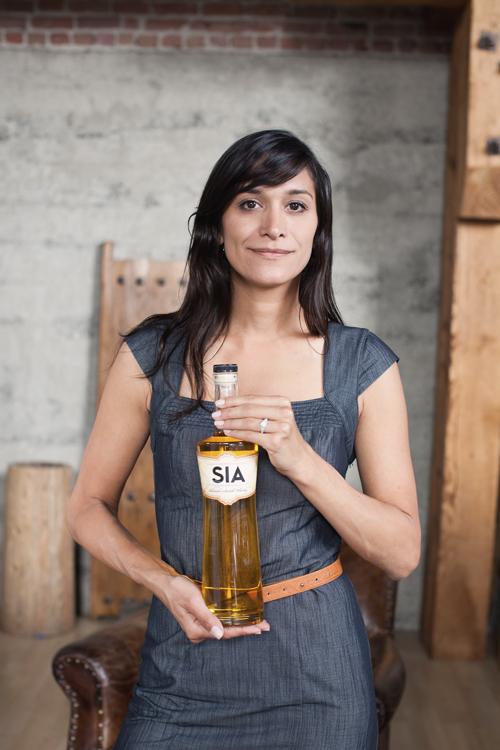 That was in 2013. I bought the glass and the labels and sourced the drink. But when it came to production, I ran out of money. A friend suggested I try Kickstarter. I looked it up and it said you can do alcohol, but you just can’t give alcohol as a reward. And so I had to get very creative. I even had someone back me with the biggest possible contribution, $10.000, which I didn’t think anyone would do, and he got his name printed on 1000 labels of SIA. And that’s how it took off.

Did you have a specific type of consumer in mind with SIA?

Yes, definitely: my friend base. Younger audience, men and women, that maybe are not that into Scotch, because they thought that it’s too strong, too expensive. A lot of people are into Bourbons and Ryes, and SIA has a lot of these smooth notes of vanilla and caramel that people like about Bourbons and Ryes. So it’s definitely in that sort of transition point.

There’s always that progression; eventually you get to Scotch, but maybe you’re 75 years old. And I wanted to do something that people can start with now that’s delicious and easy drinking.

Did you design the label and packaging yourself?

I did. I talked to a hundred bartenders, bar managers, store managers, before I even started the concept. I asked them “What’s important in a bottle in terms of packaging?” All the store managers said make sure it’s a small footprint on the shelf. The bartenders said make sure it’s really easy to grab from the shelf and to pour. I also wanted to make sure that you can see the colour of the spirit and how much is left, even in a dark bar. 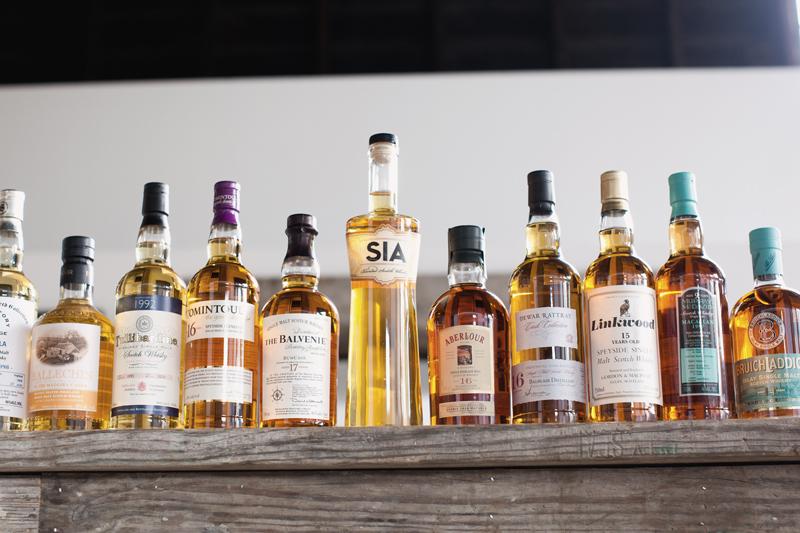 For the bottle, I ordered samples from all the top glass producers and filled them with apple juice that’s a similar colour to Whisky. The ones I liked I put next to all my Scotch bottles so I could see how they would look in a store or in a bar. I wanted to make sure the bottle would stand out enough but not too much, like it’s on the wrong shelf.

SIA means number 6 in Scottish Gaelic, which is my favourite number and my birthday. I like that it’s short and easy to say, because a lot of Scotch names are very intimidating to people, and they don’t know how to pronounce them.

What’s the flavour profile of SIA?

Vanilla, caramel, citrus, and then there’s a hint of smoke. It’s not very peaty. The peat is there if you’re looking for it, but it won’t blow your palate. It shows up on the finish, but it’s really nice and delicate. It’s finished for six months in sherry casks, so you’ll get some fruity spiciness on the midpalate. It’s just really approachable, easy drinking Whisky with a beautiful aroma. The blend is 50 percent Speyside, 40 percent Highland and 10 percent Islay Whiskies. It has a high malt content, malt to grain ratio is 40 percent, which makes it really smooth.

How do you recommend drinking it?

I always tell people to drink it neat first, because then they’ll get a sense of how the Whisky maker wanted it to be and get a sense of it. Taste it, then add some water or ice, but I always say if you’re going to do it, do it in that order, because you cannot go back later. 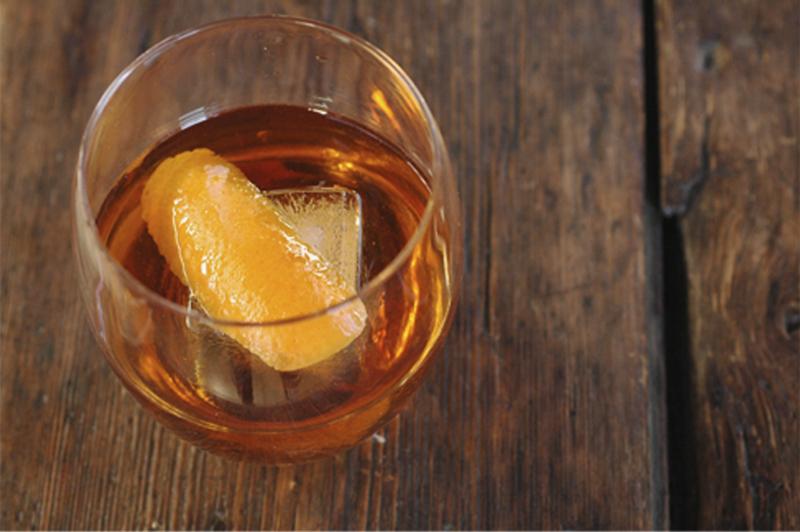 In the summertime, I recommend drinking SIA with ginger beer and a squeeze of lime on ice; it’s delicious. Also, typical Rye or Bourbon drinks like old-fashioneds, or Manhattans, are really good with SIA, because they have similar flavour notes.

Do you have a favourite food to pair your Whisky with?

Yes, dessert! Because of some of those notes of vanilla and caramel, any kind of chocolate dessert or even custard or ice creams…

Did you find your experience to be any different, given that you’re a woman in a predominantly male industry?

Yes, one thing that I face is that people think that I made this for women. And that’s not the case. It’s silly to say that. Would a man make a Scotch that’s only for men to drink? It’s definitely helped open doors for me in terms of publicity and press, because it’s something new and unique to have a woman, especially Hispanic woman, making Scotch Whisky. But over the last two years that SIA’s been on the market, all the awards that have come to the spirit itself, has kind of taken that conversation in a different direction.

What I like about Whiskies is that they’re about a connection in real life, you share a cocktail, you share a drink, you celebrate, and you go slowly. Scotch is a drink that you sip, not drink.

How big is your home bar now?

It’s even bigger! As the time has gone by, I met other spirit makers and traded bottles with them. So I have a lot of liquor, and it’s definitely expanded to more types of alcohol. But my loft is still big enough, luckily.

Way to go! Everyone should have a great home bar, we say.