England vs. Scotland: The Gin-Off 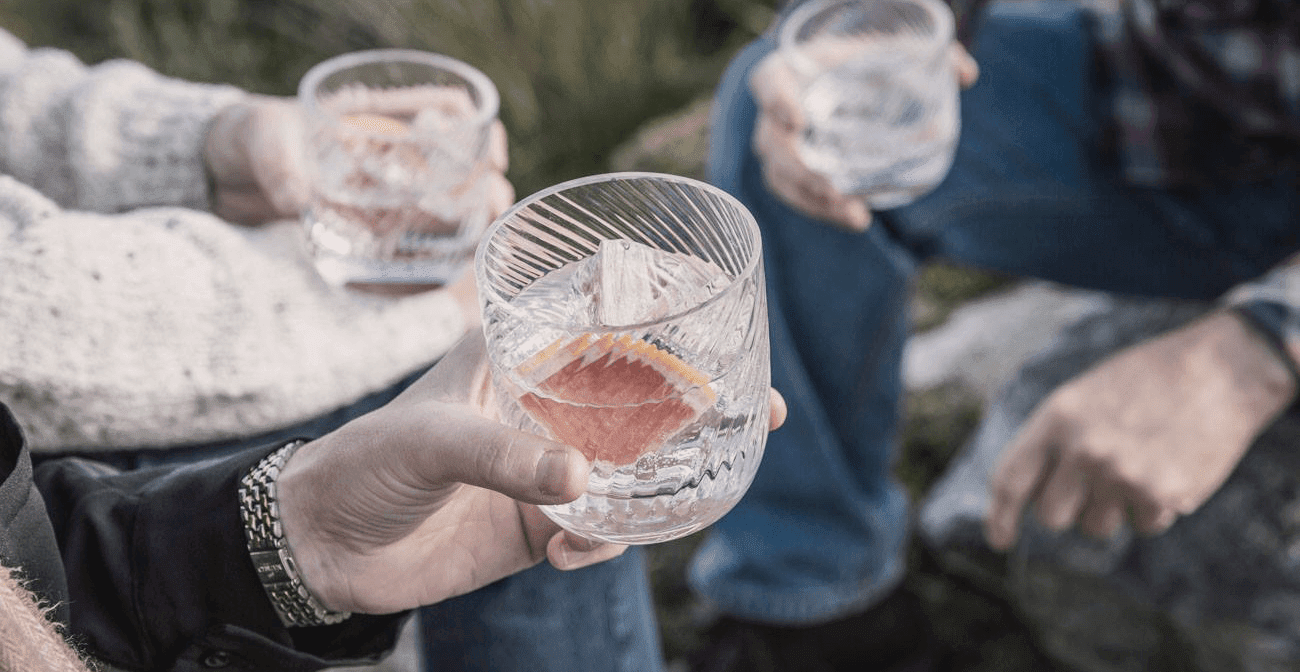 The UK has always made excellent quality Spirits, and it's fair to say that historically, Scotland has led the way in the Spirits world, particularly when it comes to Whisky. However, it seems the tables have turned; new figures from the Wine and Spirits Trade Association show that the number of distilleries in England has overtaken Scotland for the first time.
By the end of 2018, there were 361 registered distilleries in the UK, which has more than doubled in the last five years. The UK’s fascination with Gin, known as the ‘ginaissance’ has been the main driver behind the growth, with Gin sales hitting an all-time high, according to the WSTA.

In 2017, England had a total of 135 distilleries, versus Scotland’s 149. However, in the following 12 months, 31 new distillery licenses were granted in England, bringing the total to 166, compared to 160 in Scotland.

More distilleries means more Gin, and more choice, right? But which of the two countries, both hotbeds for Gin-novation, will reign supreme? Here are the best English and Scottish Gins the countries have to offer…

Navy strength Gins must legally be 57% ABV or above to be labelled as such. It's a (fascinating) story behind why, and one we don't have time for today, but you can read about Navy Strength and other types of Gin or watch the video below.

Navy strength Gins are stronger in alcohol volume, yes, but the sign of a good one is how smooth it is.

LoneWolf Gunpowder Gin is punchy; made with pink, black and Szechuan peppercorns, three types of citrus peel and a bucket-load of star anise, this is anything but gentle.

Made in Aberdeenshire on the site of BrewDog’s UK brewery, Lone Wolf spirits start life as a wheat and barley mash from the brewery, then are distilled twice before botanicals are added.

Tarquin's The Seadog is made on England's Cornish coast at the Southwestern Distillery, where head distiller Tarquin macerates 11 botanicals (including green cardamom, cinnamon and three types of citrus peel) overnight. In the morning, fresh violets are added before firing up the stills. The result is cut with fresh Cornish water and bottled.

A post shared by TARQUIN'S CORNISH GIN (@tarquinsgin) on

The Seadog is full-bodied, spiced and well-rounded.

The winner?
Both Gins are hand-crafted and made with love, but in this case, Tarquin’s just edges Lone Wolf for it’s nod to the region with fresh violets picked locally.

Brothers Phil and Simon Thompson started their Gin journey back in 2016, when they started crowdfunding to create the Dornoch Distillery. In 2017, they launched Thompson Brother’s Organic Highland Gin, made in an unconventional way by combining two spirits; 10% organic barley, slowly fermented and twice distilled with 90% neutral wheat spirit infused with the house botanical blend.

Meadowsweet, elderflower, black peppercorns and freeze-dried raspberry are just some of the botanicals which go into this Gin. The end result is light and slightly sweet, with a creamy mouthfeel and fruity character.

Fatty’s Organic Gin is a small-batch Gin made in Dulwich, South London. Everything about this Gin is organic, including the ink on the bottle. The lead botanical is dill, a herb local to Dulwich, which gives the Gin a unique flavour and herbal quality which is light on the palate and has a crisp, clean taste.

The winner?
Fatty’s Organic Gin gets our vote here, because the use of dill is so unusual (plus, the bottle is a stunner which will have real-standout in your home bar).

Made by the coast: Isle of Harris vs Plymouth

Made in the Outer Hebrides, this Gin is drawing inspiration from the local surroundings to inform both the liquid and the packaging. The glass bottle is ribbed to reflect the waves surrounding the Isle of Harris Distillery, and each label is individually flecked with sugar kelp and copper leaf, so no two are the same.

Made with nine botanicals, including sugar kelp which is locally hand-harvested by a diver off the coast, Isle of Harris Gin is refreshing and balanced, with notes of citrus, piney juniper and spiced coriander, with sugar kelp adding a dry richness and subtle coastal notes.

This is an English staple. It’s been made at the historic Blackfriars Distillery, a former monastery and the oldest working Gin distillery in England, since 1793.

Made with nine classic botanicals, including coriander, orris root and citrus peels, Plymouth Gin is a wonderfully balanced all-rounder. It makes a solid Martini and stands up in a Gin & Tonic and other classic cocktails.

The winner?
While Isle of Harris is unusual and is a true reflection of the surroundings in which it’s been made, Plymouth Gin wins it; the perfect Gin for classic cocktails can’t be overlooked.

Made in the city: Pickering’s vs City of London

Pickering’s Gin is made at the Summerhall Distillery in the centre of Edinburgh, the first Gin distillery to open in the city for more than 150 years. The Gin is made from a Bombay recipe, dated July 1947.

A post shared by Vino Wines Grange Loan (@vinograngeloan) on

Featuring fennel, star anise, citrus and cloves, it’s a traditional style of Gin with all the fragrance and spice of the former Raj. During distillation, the Gin is heated using a bain-marie system which allows heat to be applied indirectly and so distillation is slow and gentle, resulting in a well-rounded Gin with a smooth mouthfeel.

A post shared by Joey Green Wright (@joeygreenwright) on

City of London Dry Gin is the first in a strong six-bottle range, and features coriander, pink grapefruit and liquorice. It’s a Gin with a punchy aroma, a slight sweetness from the liquorice and lots of piney juniper.

The winner?
It’s hard not to notice to the similarities between the stories of these two Gins, but Pickering’s takes the lead in terms of flavour.

Do Scottish Gins or English Gins win out for you? Let us know in the comments and remind us if there’s a brilliant Gin we’ve missed.