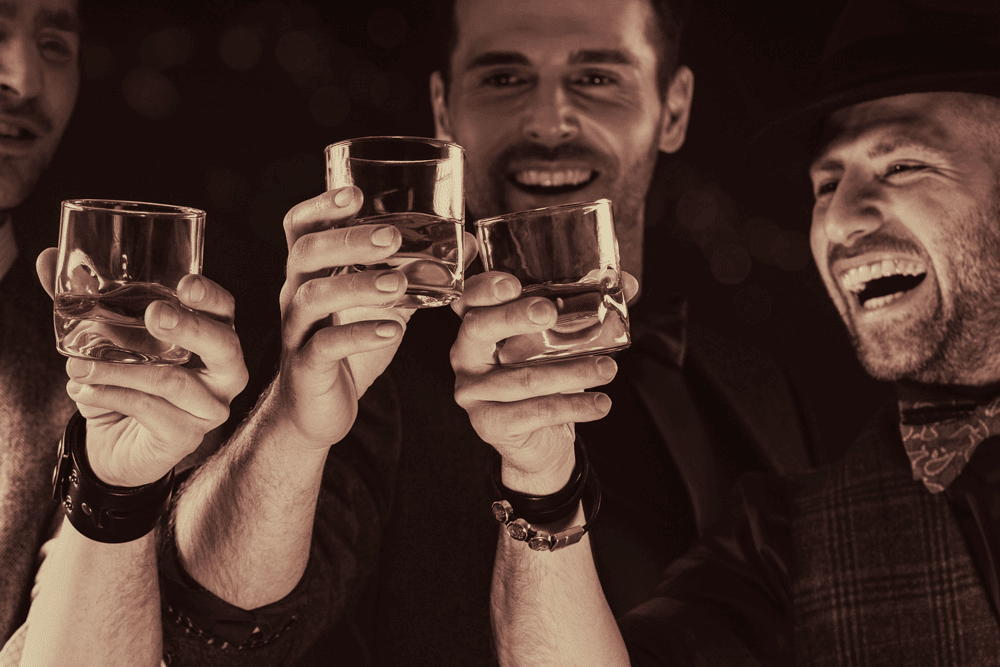 As a Scotsman, finding out my close American friends don’t enjoy the odd dram might have to be one of the more devastating drinking experiences I have to go through. Not because I expect everyone to enjoy Scotch, but because too often the aversion to Whisky exists for all the wrong reasons.
“Fancy a dram of Scotch to end the night? One more for the road?”
“Scotch? No Way… can’t drink the stuff. It’s all too smoky or light for me. You got any Bourbon?”

Now don’t get me wrong, I’m the last man to say there is anything wrong with a Bourbon. But the time has come to set the record straight on Scotch Whisky’s reputation as just a light or smoky version of American Whiskey.

As the old Scottish proverb that I have just made up states, a person who does not like Scotch has simply not been given the right Scotch to taste.

A person who does not like Scotch has simply not been given the right Scotch to taste.
For me, it’s become a personal challenge to find a dram to suit the palate of American friends who drink Bourbon as I help them navigate the waters from American shores to Scottish Highlands.

So if you’re a Bourbon drinker looking to develop a taste for Scotch, here are 3 great drams that will make smooth sailing of a trip across the Atlantic.

1. The safe bet close to home

Balvenie Doublewood 12 year old finds its way onto most introductory Whisky lists for all the right reasons. The Whisky has spent the first part of its maturation in first or second fill Bourbon barrels before enjoying the final stages in a first-fill Sherry cask.
This well-balanced combination is ideal for the Bourbon drinker; the classic honey flavours from Bourbon casks come through clearly with this dram and the first-fill Sherry casks ensure that your Bourbon drinker won’t be complaining about an overly light Whisky that they can’t really taste.

A post shared by From Barrel to Bottle (@frombarreltobottle)

Unlike the Balvenie this Scotch has been matured exclusively in Sherry casks that have mainly been filled with Whisky for the first time. This ensures the wood inside the barrel is still relatively young and able to give off lots of flavour and taste from the Sherry matured wood.

It offers a rich explosion of sweet flavours often compared to dark red fruits and even chocolate. If this goes down well then you also have a great option for a follow-up Whisky produced in a very similar style.

The Aberlour A’bunadh is another reasonably priced cask strength Whisky from first-fill Sherry casks that you’ll never find on a light, easy-drinking list of Scotch.

Tamdhu Batch Strength is bottled un-chill filtered at natural color and at lavish 58.3% ABV. Each batch is unique and varies slightly in style and intensity. As with every bottle of Tamdhu, once distilled it is matured exclusively in hand-selected American and European Sherry oak casks.

This is a really robust, full flavored dram, so you better watch out. The casks used are mostly first-fill, which means the Whisky is packed with character. It’s a tribute to the Tamdhu heritage that started all those years ago and a reminder that the future is bright.

3. Time to get your kilt fitted

The final transition dram when you tend to dislike Scotch because it’s too smoky or light? Well, it’s a beautifully light smoky Whisky called Caol Ila Moch. The time has come to disprove your theory.

Caol Ila is one of the eight Islay distilleries iconic for their peaty, smoke flavours. The distillery tends to be distinguished for its unique smooth, citrus character that ensure this is a light and very easy-drinking dram.

You might be taking a bit more of a risk with this one but this is a very enjoyable Whisky that might just get you to change your mind about smoky and light drams. You can at least console yourself with the knowledge that the Whisky spent some of its life maturing in Bourbon barrels as well.

If all else fails then one thing any Scotch and Bourbon drinker can agree on is that the industries are better off thanks to each other. After all, Bourbon barrels are only filled once for maturation and it is against the law to fill them again with new make spirit and mature more Whiskey.

Of course we Scots can’t resist a deal so our distilleries buy the used barrels from Bourbon Whiskey. These then become Scotch maturation barrels that can be used one, two or even three more times.

So whether it’s Whisky or Whiskey, enjoy your preferred drink and know that you are supporting the great Whisk(e)y circle of life.