The Spirit at the Brilliant Intersection of Wine and Whiskey 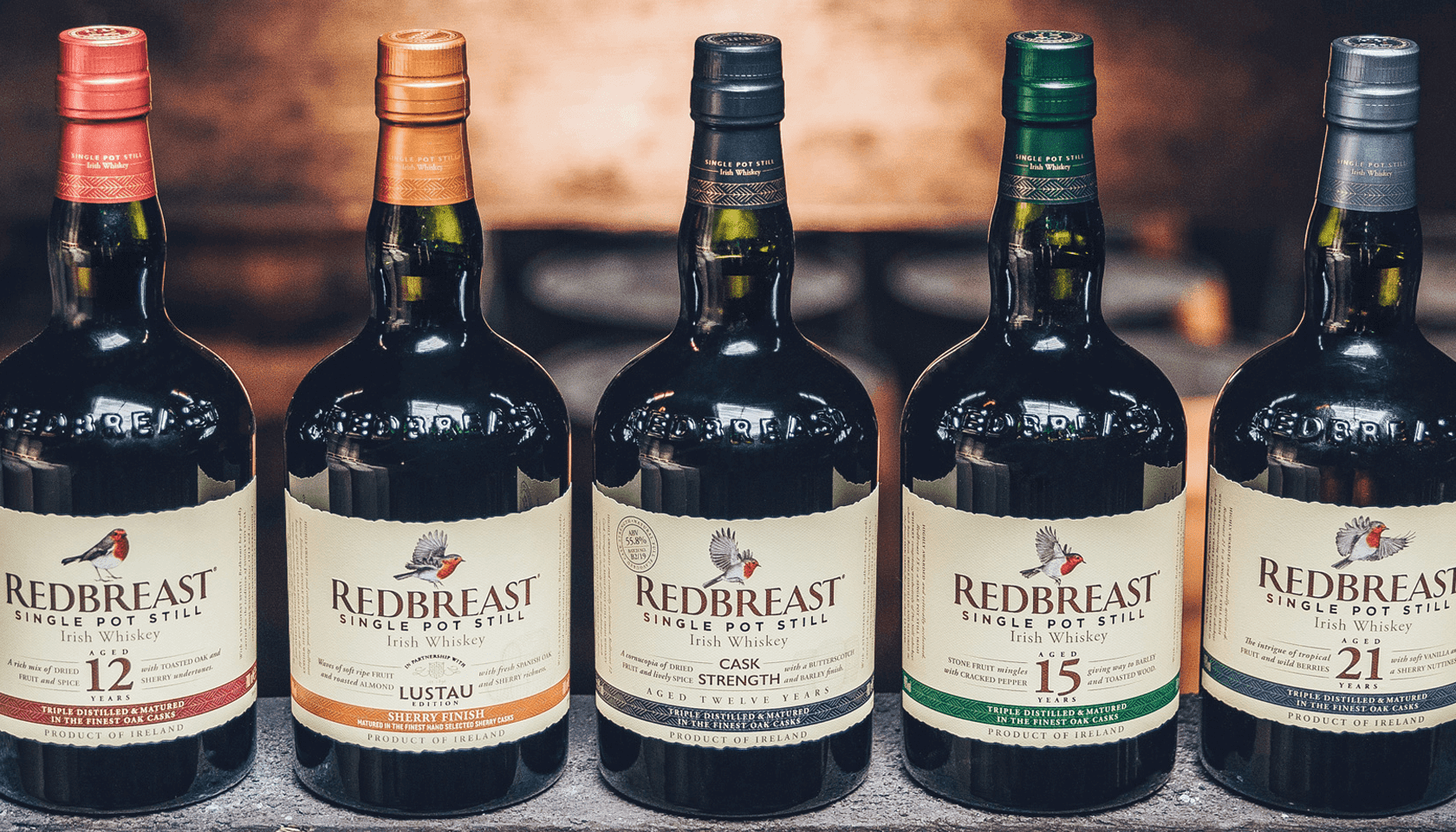 Almost everyone loves a good Whiskey. Hell, the same could be said for Wine. (We’re being a wee bit assumptive here, but let’s roll with it for the sake of this lede, yeah? Thanks.) No big shocker then, that an Irish Whiskey with a long history of mingling its juice with exquisite Sherry Wine casks has been in the hearts and minds of boozehounds all around the world for over 150 years.
Clearly, we’re talking about Redbreast. And because St. Patrick’s Day is right around the corner, we thought the timing was right for a chat with the storied Irish Whiskey’s blender Dave McCabe. He talked to us about Redbreast’s innovative Dream Cask project, how he worked his way up to master blender and why Tom Waits pairs perfectly with a Glencairn of Redbreast. 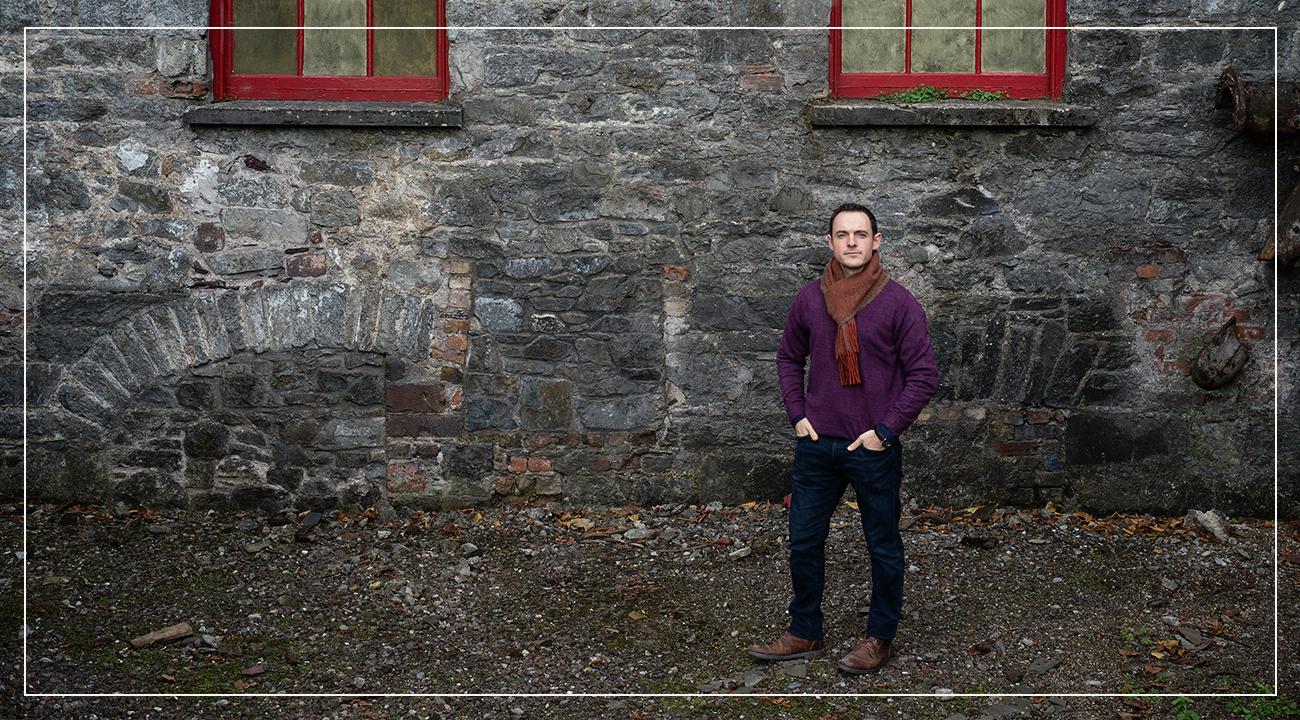 Can you tell us a bit more about Redbreast as a brand and as a product?

Dave: Redbreast is referred to as a single pot still Irish Whiskey. When compared to other Whiskeys made both in Ireland and around the world, that means it's made 100% exclusively from barley. However, we use two types of barley when making it.

The history of Redbreast is always intertwined inextricably with Wine casks.
You might be familiar with single malt Whiskeys made around the world, but they’re made with 100% malted barley — that's barley that goes through the malting process where you soak it, dry it and then create the Whiskey. However, when making single pot still Whiskey, we're using two types of barley. We use the malted barley, like in other styles, but we also use unmalted barley or barley which comes pretty much from the farm and doesn't go through the malting process. 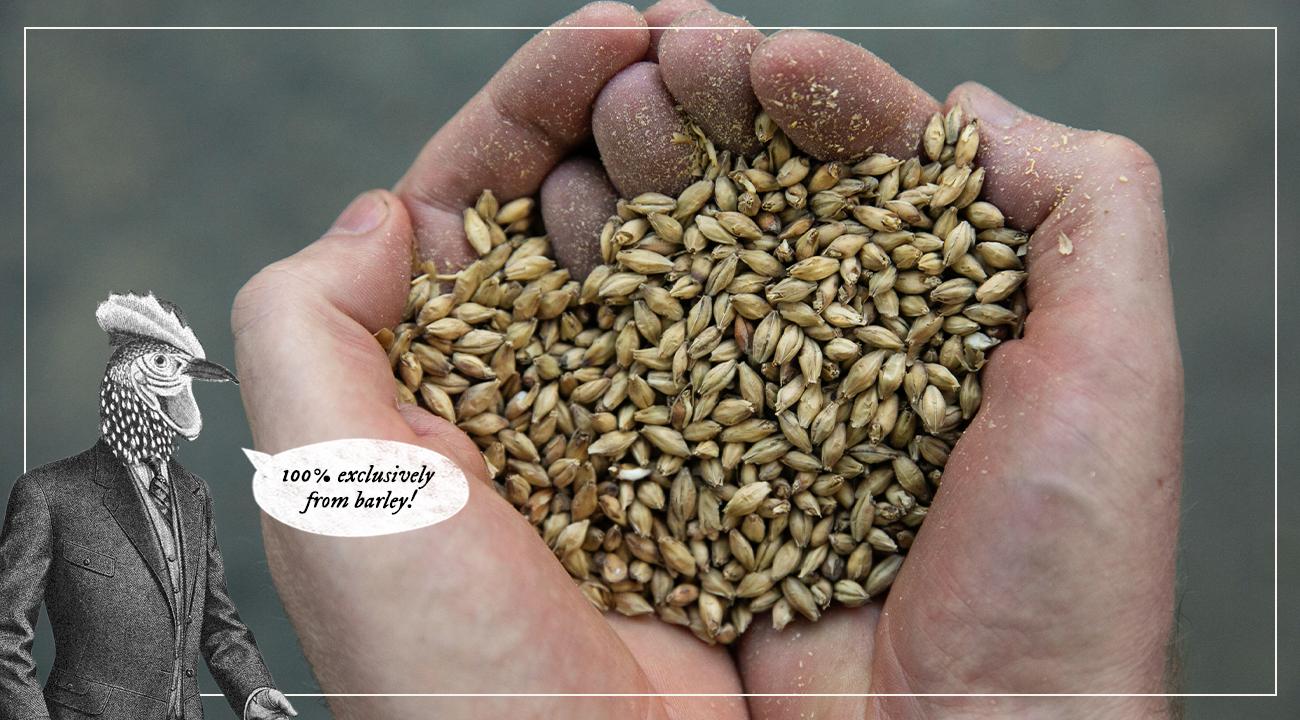 That's something we've been doing since the late 1700s, early 1800s. When you use the two types of barley together, what you're essentially adding is more of a silky texture to the Whiskey and an additional element of spice.

When it comes to making Redbreast, we turn the barley into a Beer — which you do when you make Whiskey — and then we distill it.

We distill it three times in a copper pot still. The Spirit that comes out after the prior distillation would be considered robust, aromatic, spicy and full bodied. We'll take that liquid and fill some of it into ex-Bourbon barrels and also into ex-Spanish Sherry Wine barrels or Spanish Sherry Wine bottles, and we leave them for a minimum of 12 years. 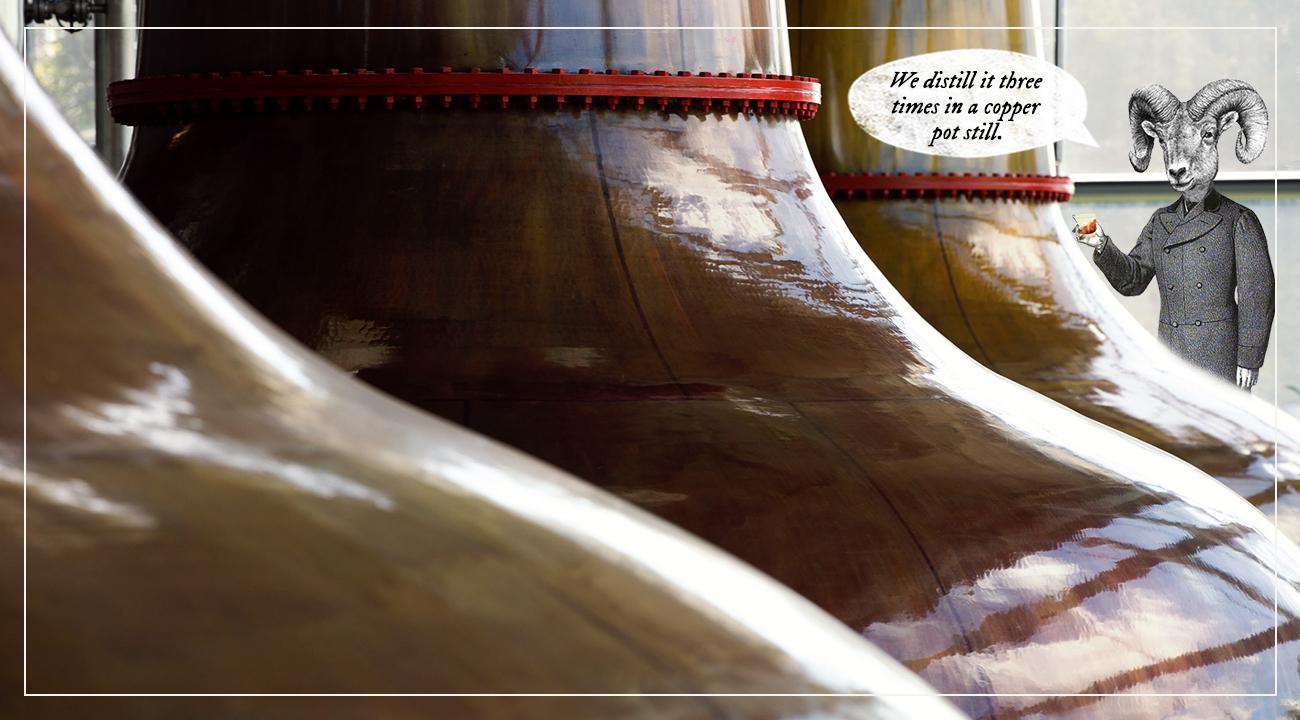 When you look at Redbreast 12 as one of the main styles that we produce, things start to get interesting from a blending point of view. You have your initial flavor from the Spirit, but as it ages and you go into different styles of casks, additional flavors develop and are created.

When you think of Redbreast 12 — even though it uses both Bourbon and Sherry casks — the Sherry cask contribution stands out and sets it apart from other styles of Whiskey that we make.

How did you end up in the Spirits industry and work your way up to become a Master Blender?

Dave: It began as a summer job after college. I was actually saving money to go abroad for work and adventure.

I was working part-time at the distillery and really gained an appreciation for how Whiskey was made. I met people like Billy Leighton, who’s now my boss and the head blender, as well as other people involved in Whiskey making. From there, I was lucky to be approached about setting up an academy — an Irish Whiskey academy. 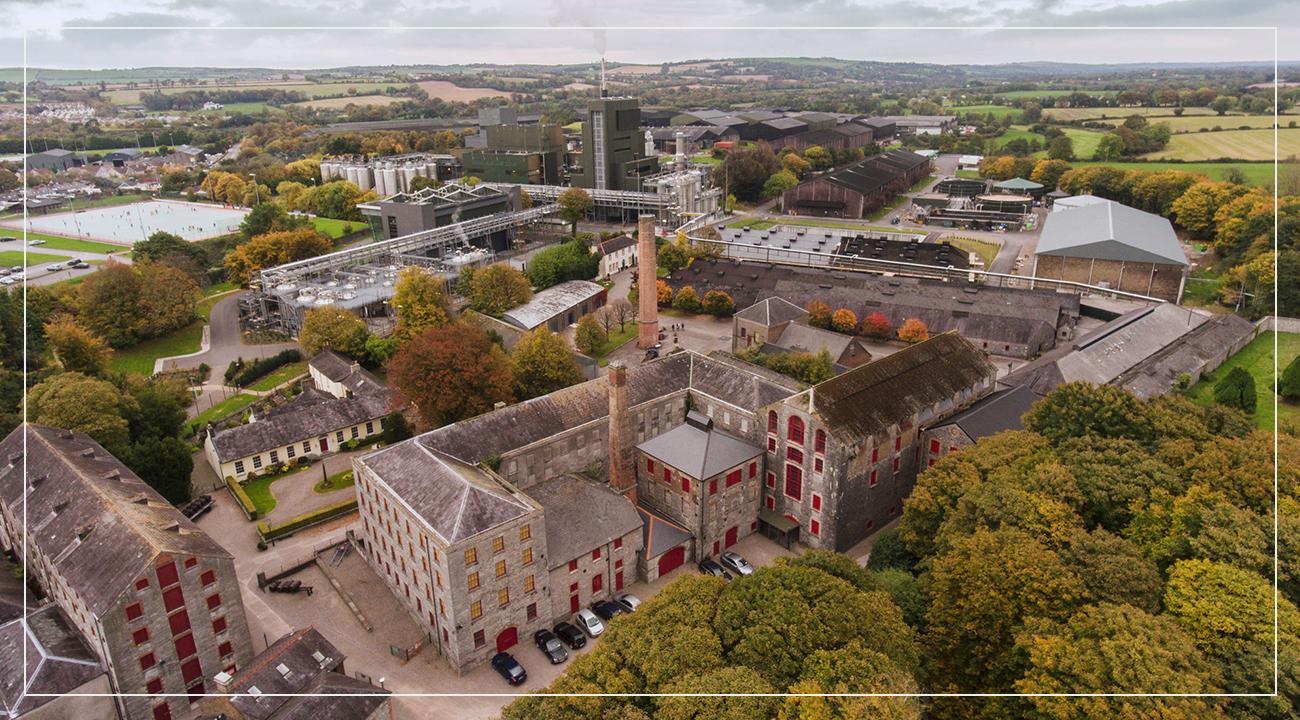 That's where I really came into my passion because I helped establish the Irish Whiskey academy in 2013. To do that, I had to spend a month up in the distillery working in different areas so that when I'm talking to people about how Whiskey is made, I always have a very rich, in-depth knowledge — right from the barley being harvested in the fields to the bottle labeling.

I ended up going to certain events around the world giving talks, and was lucky enough to be able to travel sometimes with Billy, where Billy would talk about the blending side of Whiskey and I would talk about the production side. Years later, he told he was at the point in his career where he'd like to pass on the knowledge that he had to someone else for the future. That’s when he asked if I would be willing to work under him as an apprentice to see how I'd get on.

That was where the dream came true for me, and I've been working with Billy ever since. Still learning, mind you, but it's been great so far.

Dave: In a nutshell, yeah.

If you could have one superpower, what would it be?
It would have to be time travel. Whiskey has been around for centuries. I'd love to go back and see where it actually began — apart from everything else you can do with time travel.

How would you describe Redbreast in three words?
Rich, fruity and complex.

What is your favorite music and what drink goes with it?
I would have to say I'm a bit of a Tom Waits fan. I think Whiskey is definitely the drink of choice for his music. Listening to one of his albums with something like a Redbreast 21 would be a winning combination for me.

What would you eat and drink for your last supper?
I'm a big seafood fan, so it would have to be something simple. It doesn't have to be too fancy, but something nice and fresh like pan-fried cod with a big glass of Wine. I'd be happy with that.

What are some good food and Spirit pairing options for Redbreast 12?

Dave: I personally think chocolate goes very well with Redbreast 12. They just seem to be a nice match because you have this nutty characteristic, and toasted wood from the Bourbon cask and the Sherry cask, to a degree. Redbreast 12 and bitter chocolate seem to work very well together. 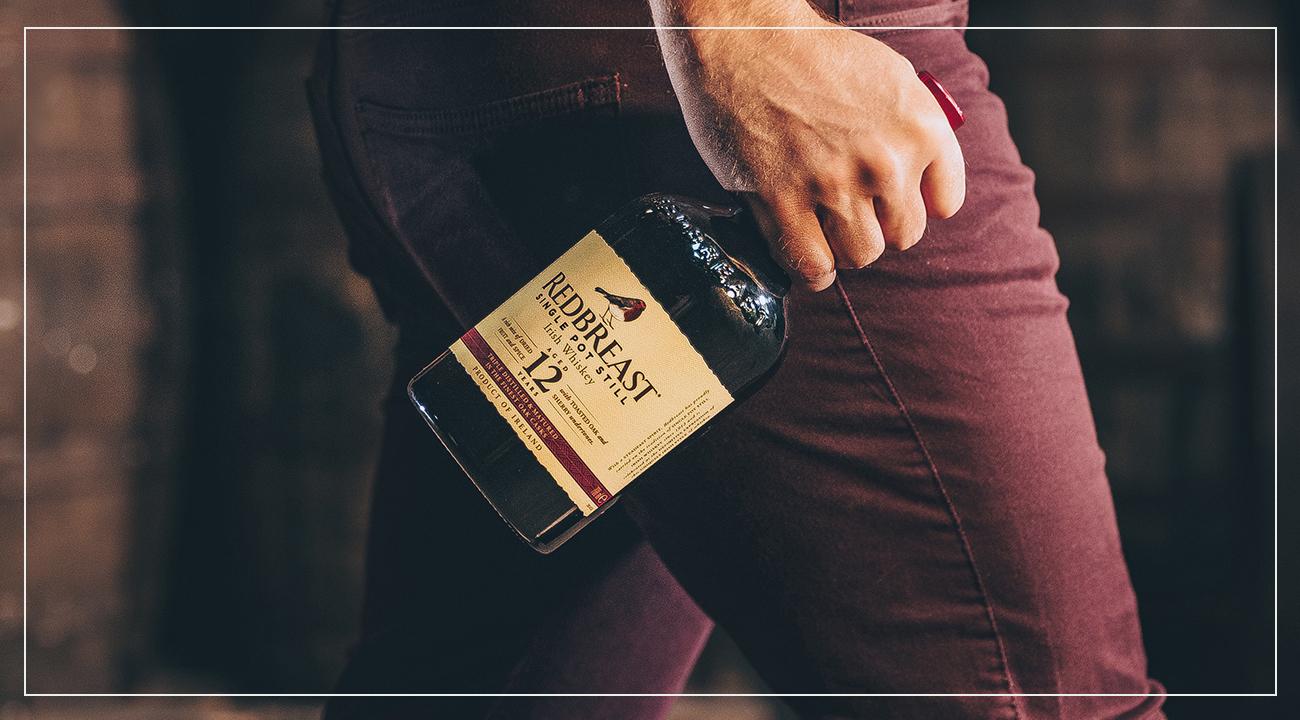 Also, when you think of Whiskey, there’s a creamy, melted coating texture. There’s a silkiness, but with spice and density. It works well, surprisingly enough, with some cheeses because it cuts through the fatty element of cheese or that greasy texture some cheeses have. But for me, I think chocolate or maybe crème brulee with its burnt sugar caramel and vanilla notes pair really well with Redbreast.


Working with a product and brand with such a rich history, how do you approach the process of innovation?

Dave: It's kind of tricky with established brands, but we can still play around with innovation due to the rich history of Redbreast and a Wine merchant called W & A Gilbey. Historically, the distilleries never finished the final Whiskey products themselves.

What happened is two things. One, they would make the Spirit, fill it into barrels and give it to a third party bucketer who would bucket it on behalf of the distillery. Or two, Wine merchants who would sell Wine from the barrels would then bring their empty Wine barrels to a distillery to be filled and would then age the Whiskey themselves. That’s what Gilbey was doing with Jameson Whiskey. They were bringing their Wine barrels to the Jameson distillery — that's what Redbreast came from. 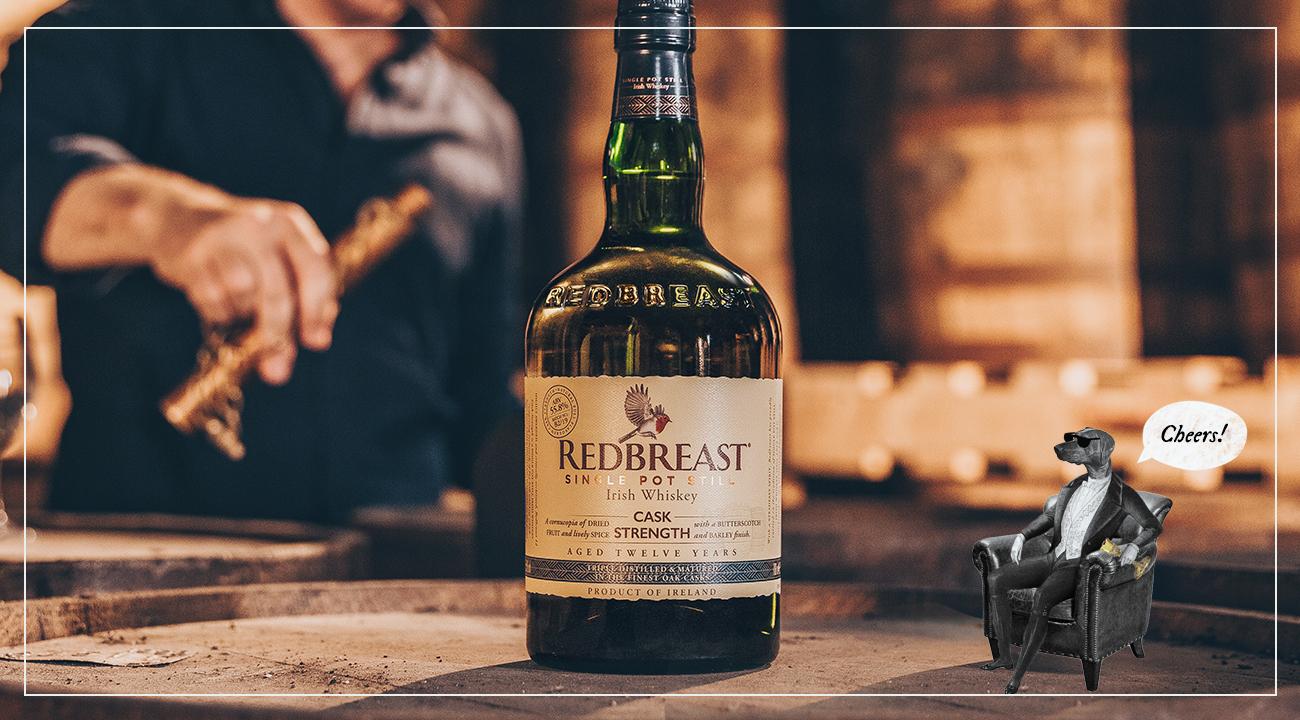 The history of Redbreast is always intertwined inextricably with Wine casks. Historically, Sherry Wine was hugely popular in Ireland, and that's why there was an abundance of Wine casks that would have been then filled with Whiskey. That's why we still use Wine casks to age Whiskey, and in particular Redbreast. Because I'm aware of all this information about Redbreast, I’m very conscientious about going too off piece with it.

I think chocolate or maybe crème brulee with its burnt sugar caramel and vanilla notes pair really well with Redbreast.
I think you can't go too far off the style that is Redbreast from both the flavor point of view and the rich history that makes up Redbreast as we know it today. You can be innovative to a degree, but again, be mindful and respectful of a brand that's been around a lot longer than I’ve been alive.

It's holding the torch for now.

Please tell us more about the Redbreast Dream Cask project.

Dave: Back in 2017, we were working on Redbreast 21 and came across one particular Sherry Wine cask that was very different and unique in a flavor that we just didn't find in any of the other casks in that parcel.

We said, "Look, it would be a shame to mix it with the rest of the casks." We decided to keep it for something special. A few weeks later, when we wrapped up our live Facebook streaming for World Whiskey Day, we shared the sample with the marketing team, and they actually gave it out in advance to Whiskey writers and journalists — as well as Whiskey fans — to share on the same day. 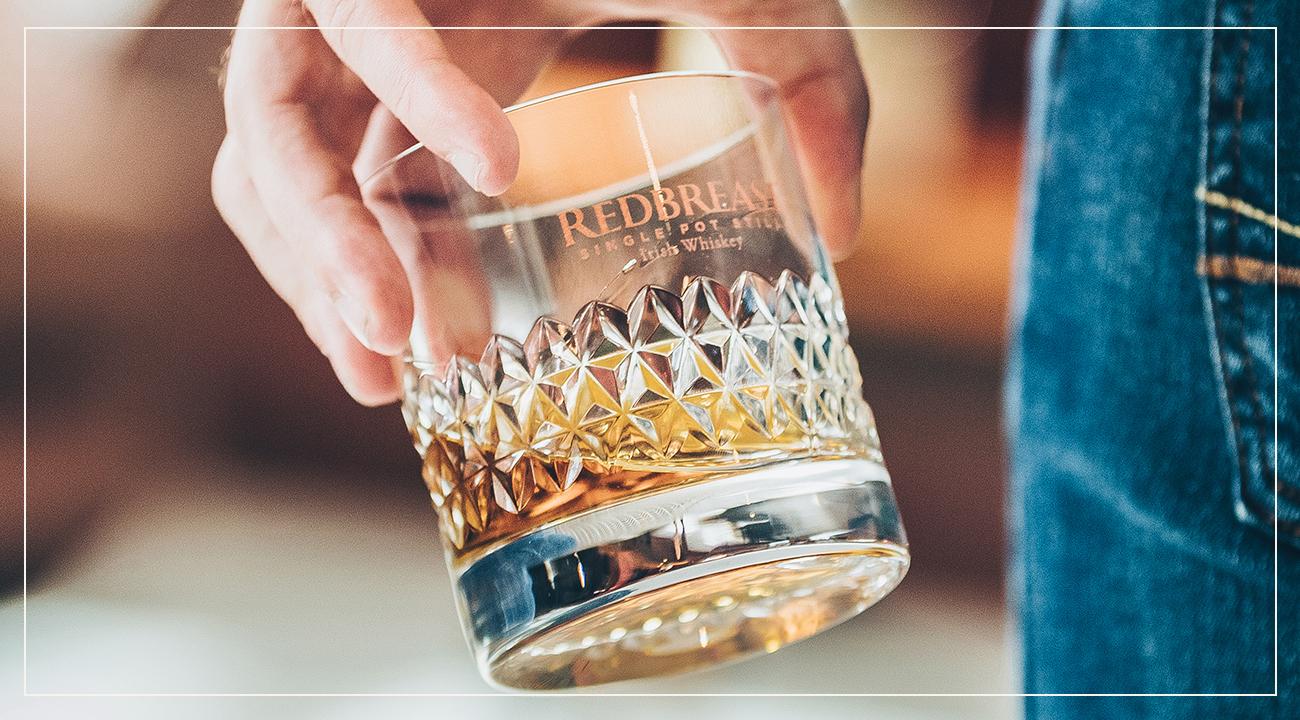 What we found was positive feedback from those people. Then, Billy suggested that we share it with other Redbreast fans. In 2018, that's what we did. We actually bottled that one cask. The cask number is 41207. It was a cask from our 1985 Whiskey. That was launched in 2018, and then the pressure was on us to try and do something similar for 2019.

Again, this is where our innovation with Wine casks and Redbreast comes into play. We said, "Okay, you have new Sherry casks. Why don't we move Pedro Ximenez, or PX Wine cask, to something with Redbreast." So we took four barrels of Whiskey ranging in different ages, and two were in Bourbon.

You can be innovative to a degree, but again, be mindful and respectful of a brand that's been around a lot longer than I’ve been alive.
One was a Sherry cask and one was a PX cask. We married the four together, and then some of that marriage was filled back into the PX Wine casks for another finishing. That's what we ended up launching last year for World Whiskey Day.

It's a nice, one-off single cask bottling each year where we can do something a bit more unusual. We're working now on this year's release, which will launch soon.

Given that we are conducting this interview in the context of St. Patrick’s Day, we’d love to know what this iconic holiday means to you and the brand.

Dave: I always think Saint Patrick's Day is one of those holidays that shares our pride for being Irish and our ancestry with the rest of the world. You can see it in the States. Every time I'm in the States for St. Patrick's Day, they do a lot better job of celebrating it than we do at home.

Can you elaborate on that?

Dave: We have our little parades in Cork, where I'm from. Mostly it's an hour-long parade. After an hour, the celebrations are over and that's it. Whereas in America, the festival seems to go on the whole day — in Chicago the rivers are dyed green and it just seems to be a bigger affair than where I'm from, ironically.

I think that kind of celebration is definitely more in line with Jameson as a style because it's about living in the moment and sharing that experience.

**This article has been edited for clarity and length.**
Read more about:
Published Mar 9th 2020
By Jackie Gutierrez-Jones