Published in:
By Klemen
It was the year 1589 when according to a legend, a winemaker accidentally added grape must into an empty barrel. But was it really empty? Of course not… Otherwise, this would be a dull legend and the winemaker had only made wine.
The barrel contained eau de vie and upon realization, the disappointed man rolled the mixture to the back of the cellar for fermentation and forgot about it.

It was a few years later when the man was in need of all his barrels that the cellar master rediscovered his creation. What came out of that barrel, was Pineau des Charentes—a drink that is now associated with the region of Charente.

While it all started in the 16th century, Pineau was commercialized merely in 1921.

So what exactly is this heavenly elixir you’re talking about?

Pineau des Charentes is a regional French aperitif, made in the départments of Charente, Charente-Maritime, and Dordogne. It is classified as vin de liqueur (fortified wine) and is made from fresh grape juice or a lightly fermented grape must, to which eau de vie is added.

The act of mixing grape must and eau de vie is referred to as assemblage, which translates to assembly or blending. Adding strong liquor to the grapes stops the fermentation through a process called mutage. Très fascinant! 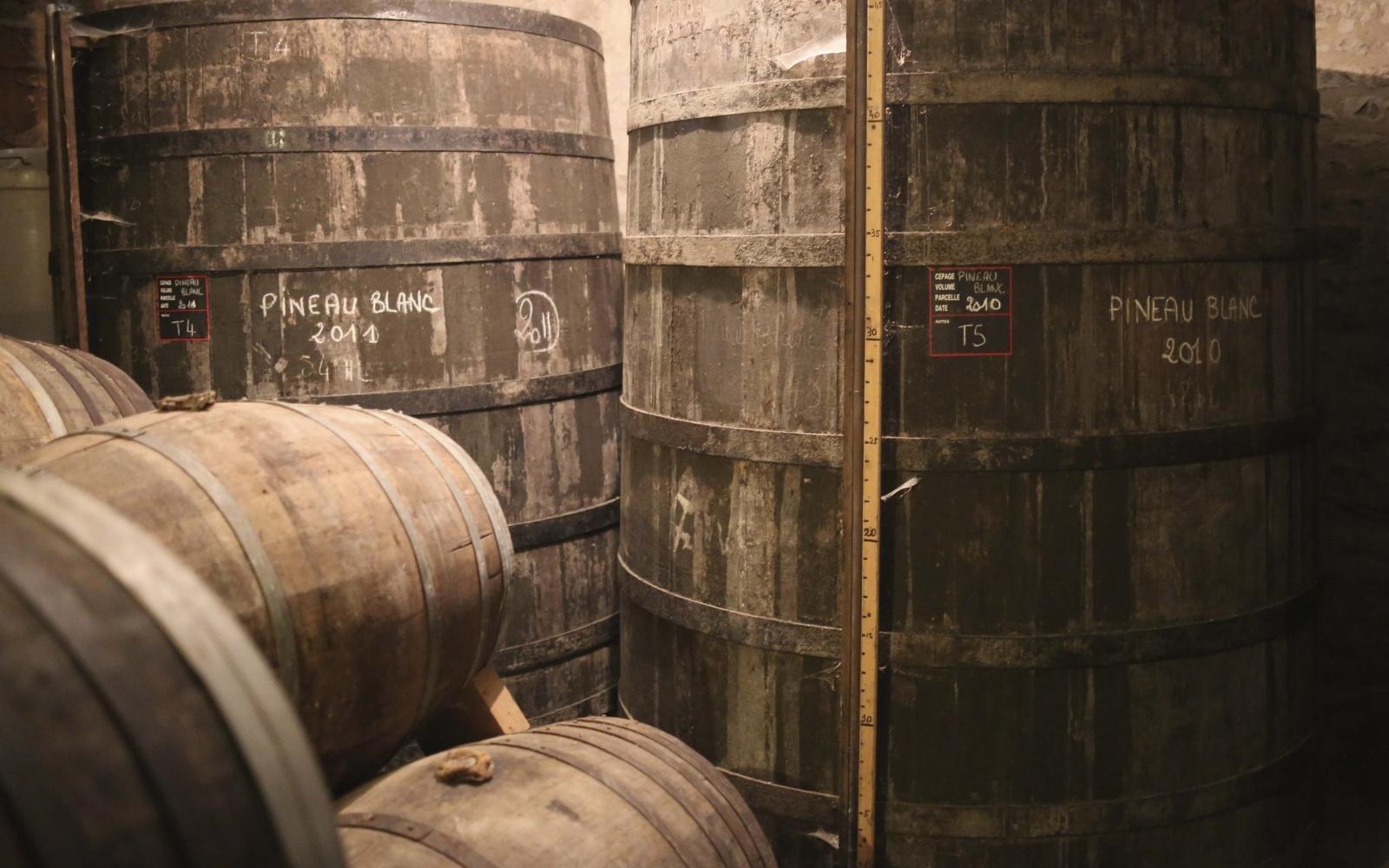 The mixture must then undergo maturation in oak barrels. See… we told you that winemaker changed France forever back in the day! Did we really? No... but we’re telling you now!

The vintage of Pineau depends on the year of eau de vie.

No, these are not just random French words we threw at ya. These are the many varieties of Pineau.

White Pineau is produced in the largest quantities by far. The most commonly used grape varieties are Ugni blanc, Folle blance, Comobard, Sémillon, Sauvignon blanc and Montils. Grapes for the White Pineau are pressed as soon as the harvest is completed. So fresh! 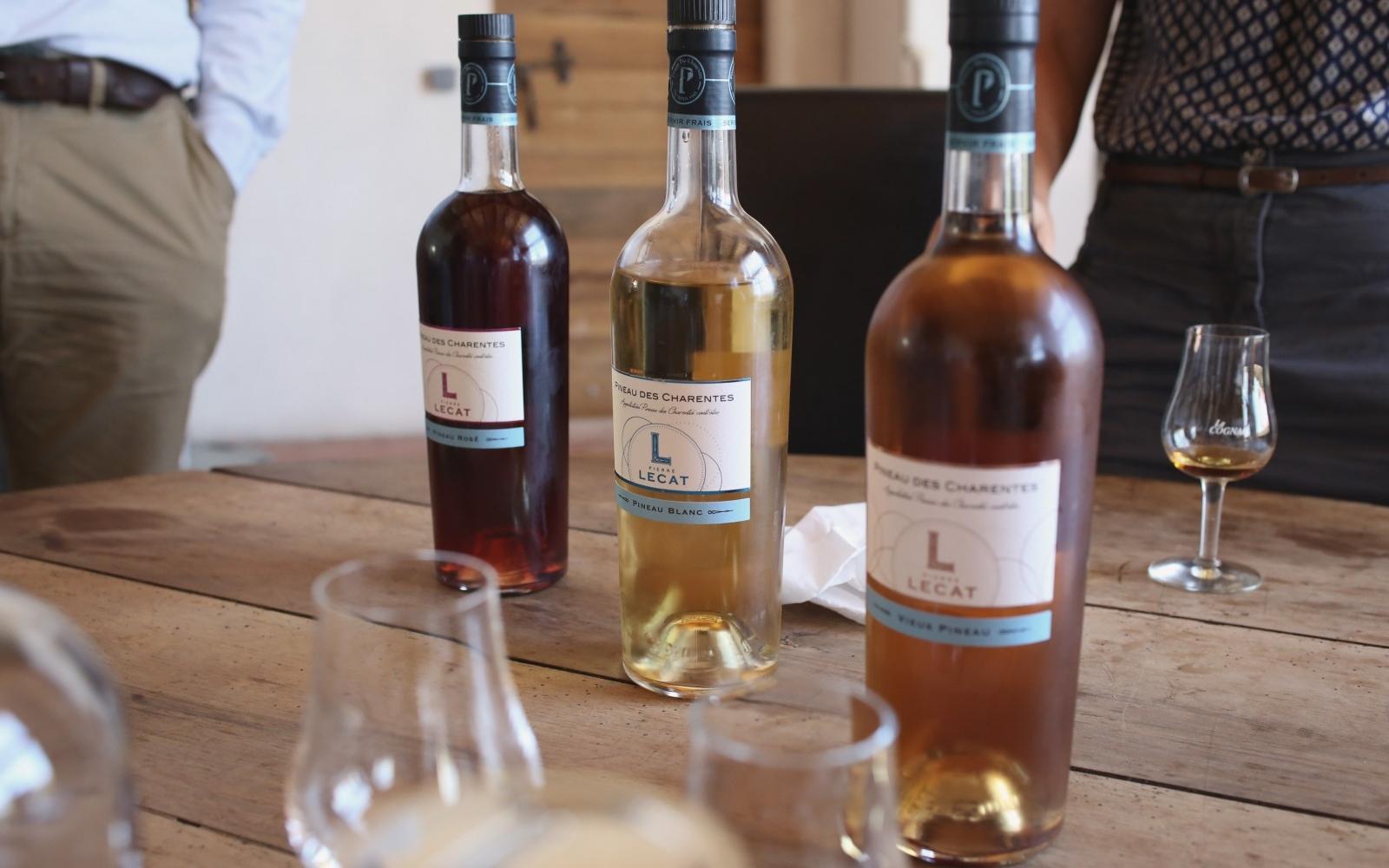 The mixture is aged for at least 18 months, including a minimum of 12 months in Limousin barrels. This golden elixir has 16 to 22% ABV when poured from the barrel but is almost always bottled at 17% ABV.

The red varieties are very popular locally. They are made from Cabernet Franc, Cabernet Sauvignon, and Merlot grapes. The grapes go through several hours of maceration to get a more vibrant color. Aging must take at least 14 months of which 8 in the French oak barrels. The final product is bottled at the same strength as its white counterpart.

There are two sub-appellations of Pineau. After 5 years of barrel aging, it is called vieux pineau (Old Pineau). After 10, très vieus pineau (Very Old Pineau).

French and their strict rules… are awesome!

Since 1945, the production of Pineau is controlled under the Appellation d'Origine Contrôlée. This means that producers need to follow some seriously strict rules:
- Eau de vie added to the grapes must have between 60 and 72% ABV.
- Grape juice to eau de vie ratio should be around 3:1.
- Eau de vie must be from the previous year's distillation, or older. .
- Grape must and eau de vie must come from the same vineyard and the same terroir (essentially making this a single estate product).
- Pineau must be approved by a tasting committee appointed by the producers, and many, many more!

Damn! That’s a good committee to be on! What? Nothing, nothing. Just thinking out loud...

The geographical zone for the production of Pineau is practically identical with that for Cognac. That is why many of the craftsmen producing Pineau also sell their own Cognac. And there aren’t 5 of them… There are several hundred producers of this delicious product in France, amounting for approximately 14,000,000 liters produced annually!

While Pineau is popular within the Cognac region, it is much less known in other regions of France and somewhat uncommon abroad.

He recommends consuming it as an aperitif but also tells us it goes very well with foie gras, cantaloupe, strawberries and even oysters. His ladies get it served in a tulip glass, chilled at 8 to 10 °C. You really thought this paragraph would contain something juicy? Come on, you should have known better by now!

While traveling through Cognac, we had the privilege of tasting Pineau des Charentes from Lecat, and we really think the pictures below speak for themselves. They own approximately 25 Ha of vines, of which 20 are used for producing Cognac. The remaining grapes are used in the production of Pineau, grape juice, and red wine. YUM! 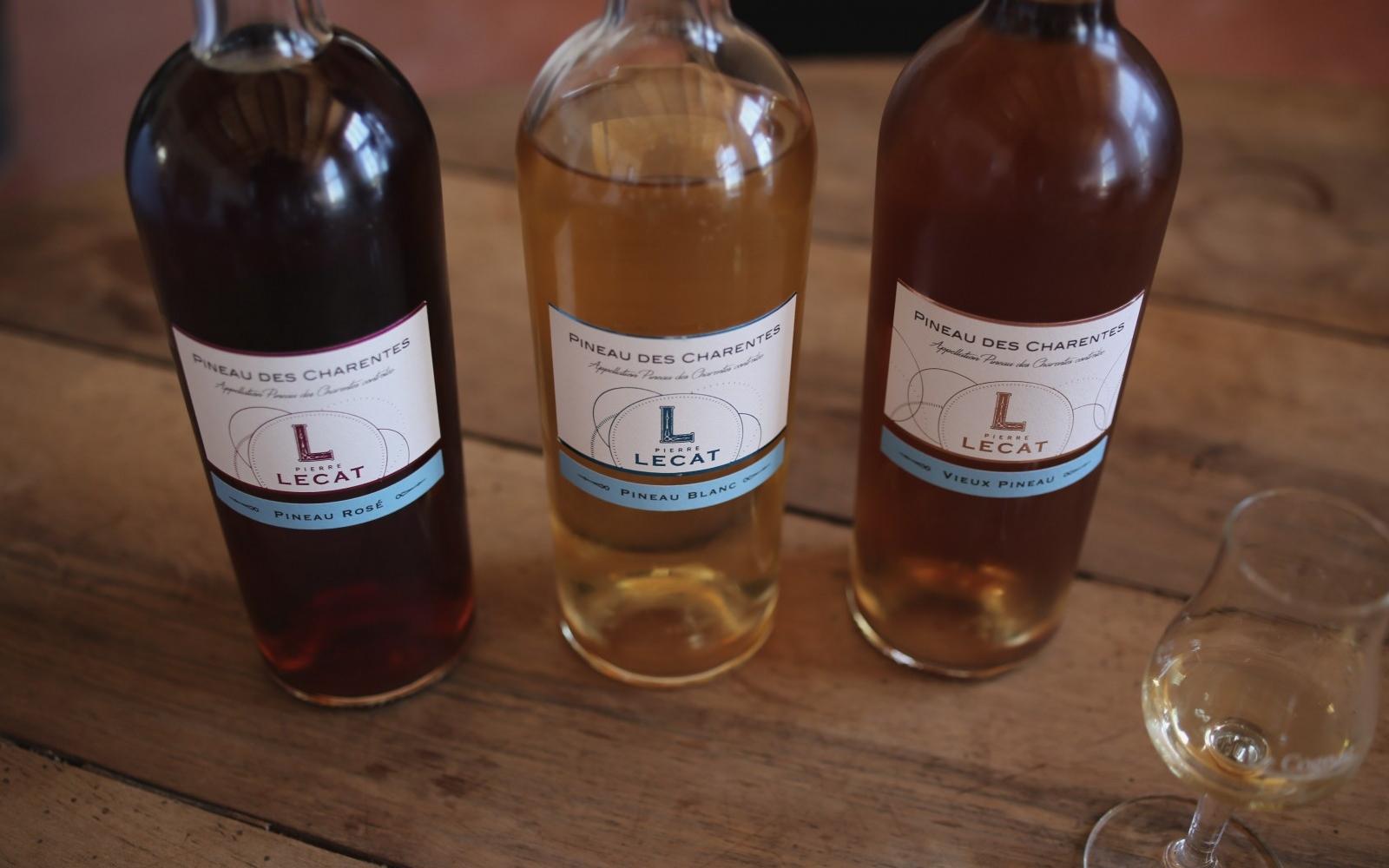 France never ceases to amaze us, and just when we thought there couldn’t possibly be any more hidden gems they have to offer, they hit us with more. If you dig enough dirt on someone, you get to know all these amazing things about them… Well, not really. Unless you’re France.

They seem to have an entire array of similar product depending on the region. There’s the fruity La Troussepinete from Vendée, Macvin from Jura, Floc de Gascogne from the Côtes de Gascogne and Armagnac departments, and many, many more.

Now, last but certainly not least.

How to order Pineau in France